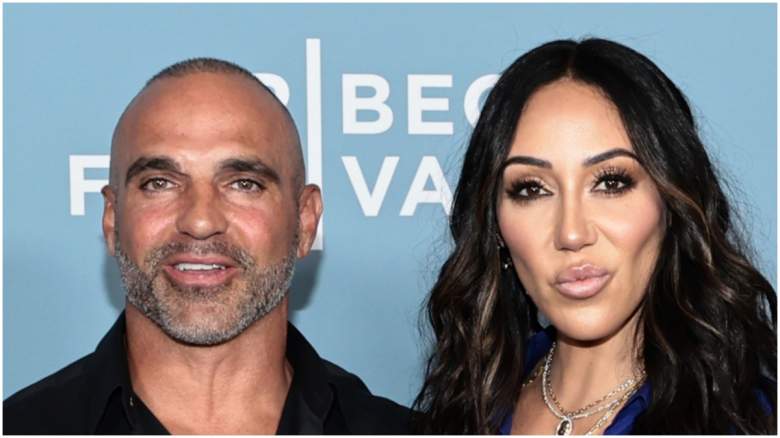 On September 18, 2022, “Real Housewives of New Jersey” star Joe Gorga shared his revenge on Instagram. The reality TV personality shared a photo of him standing near a body of water with his arms outstretched, with the caption, “Never seek revenge… rotten fruit will fall by itself.” Gorga also asked his followers if they agreed to his message.

“Absolutely!! Sit back and watch 🙌,” wrote one commenter.

“💯 percent!! People always show their true colors even if you are not ready to see them 💜,” added another.

“Absolutely… karma is a real thing,” shared a third person.

“Agree! Love you Joe! You and your beautiful family!” tweeted one Instagram user.

Some commenters shared that they believed Gorga was referring to his sister Teresa Giudice in the post. As fans of RHONJ know, the father-of-three and his wife Melissa Gorga were not guests at Giudice and her husband Luis “Louie” Ruelas’ wedding, which took place on August 6, 2022.

“Then why are you always trying to get revenge on your sister by creating drama on social media and leaking fake stories to the press and blogs? Practice what you preach baby! She pays you all the dust in the media and y’all just can’t stop obsessing over her! 😂,” wrote one commenter.

“I’m really sad about the situation between you and Teresa. I know really shitty things happened but in the end it’s still your sister and she’s all you have. I wish you both could clear this up and you and Melissa stop these scrambled posts. It’s very obvious that you’re hurt, but making these posts looks bad on you. I wish you would all be happy together. #familyfirst ❤️,” added another.

“Revenge will come back to you not playing with it. this is your family Stop these games and posts and ask strangers what we think,” commented one social network.

“Can you and your irrelevant wife leave the d*** show yet???” commented one Instagram user.

“Horrible. Shame on you. They shouldn’t be so narcissistic,” said one commenter.

During an interview with E! News, Giudice discussed her issues with her brother and his wife. She shared that she doesn’t think they can fix their relationship.

When speaking to E! News, Giudice shared that being married to Ruelas was “absolutely amazing.”

“It’s just incredible. Louie is everything I ever wanted and more, he really is. He is my tall, dark and handsome prince. I finally found him. I never thought I would find my prince at 48, but I did,” said the 50-year-old.

The reality TV personality also noted that she thought their wedding would be idyllic.

“It was supposed to rain, but then the sky opened up. And I really feel like my parents were with me because the sun was shining through the clouds when we actually got married,” Giudice shared.