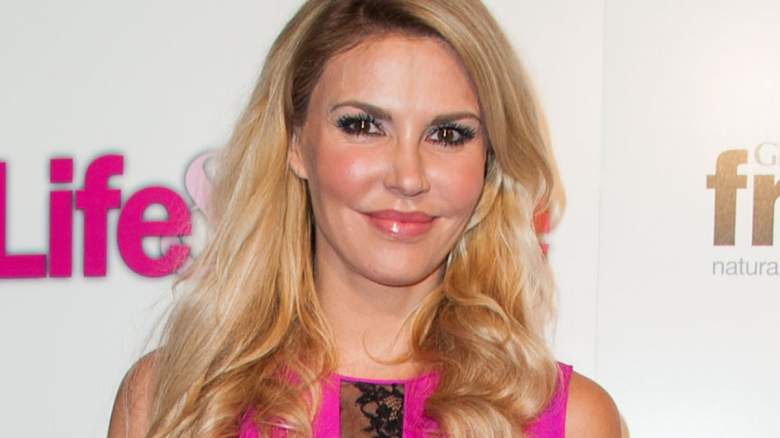 Brandi Glanville was unable to spend Thanksgiving with her family because she wasn’t feeling well.

The former “Real Housewives of Beverly Hills” star revealed that she stayed home for the holiday this year because she had a “cold,” but she did share a picture of her kids on Instagram.

The photo not only included Glanville’s two sons, Jake and Mason, but also featured her ex-husband Eddie Cibrian and his wife LeAnn Rimes. The two met and fell in love while working together on the film “Northern Lights,” according to People magazine. Cibrian and Glanville were married at the time.

Things haven’t always been easy between Glanville and Rimes, but it seems as though they have moved on from the past and are getting along well, which left several fans surprised.

“They’ve all come a long way! I’m happy they get along now, it’s so much better for the kids and even the adults,” one person wrote.

“Brandi is better than I would be. She’s a great mom,” someone else added.

“I think Brandi’s growth in this situation is HUGE. She may be unhinged, and do dumb stuff, but she does always apologize and it may not be immediately, but sometimes I think people need to sit with the shame and guilt and actually understand why they are apologizing rather than just apologizing. Good for her,” a third Redditor said.

“Now this is shocking lmao. I lived with the thought that she is never gonna forgive Leanne especially. Good for Brandi,” a fourth echoed.

Rimes and Cibrian posed with the family for a couple of snaps at Shutters Resort in Santa Monica, California, where they spent the Thanksgiving holiday.

“Comfortable and luxurious, are Santa Monica beach hotel recalls the quintessential cottages of Cape Cod, with shutter doors opening onto breezy balconies and a sun-drenched pool terrace. Each meticulously designed guest room and sweet feels like your private beachside residence awash in soothing blues and greens that pair perfectly with the palette outside your window,” reads the description on the resort’s official website.

The resort also offers a couple of restaurants where the Cibrian family may have enjoyed their Thanksgiving Day meal.

Rimes shared the same picture that Glanville did, as well as another snap of the family in a different pose, on her own Instagram feed.

“’We can only be said to be alive in those moments when our hearts are conscious of our treasures.’ —Thornton Wilder,” Rimes captioned her post, before adding some hashtags. At the end of the caption, she tagged Glanville. “We missed you,” she wrote, adding a white heart emoji.

“Happy Thanksgiving! So thankful for you all. #modernfamily,” Glanville commented on Rimes’ post. Rimes left a red heart emoji in response.

Rimes rarely shares any photos of Glanville and Cibrian’s sons on social media.