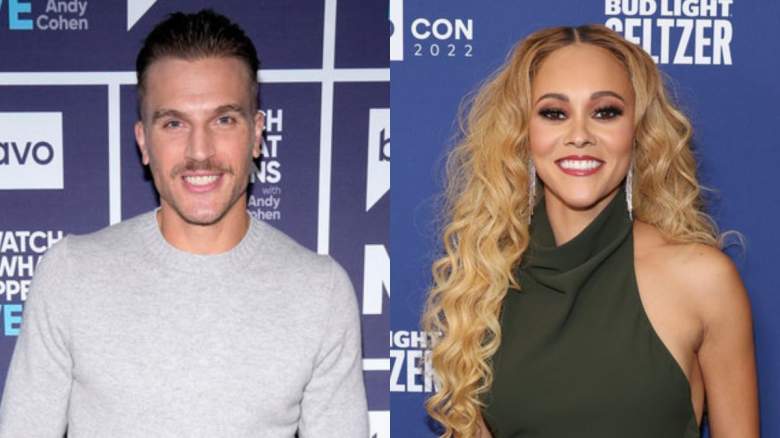 Ashley Darby and Luke Gulbranson have been spotted together a handful of times since they first hooked up at BravoCon 2022, and Bravo fans are all about the budding romance.

That’s why a recent TikTok video posted by The Real Housewives of Potomac star Darby caught fans’ attention when they were quick to guess she was at Gulbranson’s New York apartment. While most fans simply speculated about the location based on background clues like a Minnesota license plate and a flannel, some eagle-eyed detectives found identical decorative pieces in some of Gulbranson’s TikTok videos.

Darby posted a video of her dancing to Sean Paul’s “Give It Up To Me” with Keyshia Cole and wrote the caption, “Talk about a timeless jam.” Fans quickly took to the comments to click on some of the decor pieces point out in the background.

Fans took to the comments of Darby’s video on TikTok, as well as on Instagram and Twitter, where it began to circulate. Many of them pointed out that it looked like Gulbranson’s apartment, particularly the Minnesota license plate on the wall, antlers on the coffee table, and a flannel draped over a chair.

Darby’s video at what appeared to be Gulbranson’s apartment came a week after the couple were spotted spending time in the Washington, DC area. Gulbranson was traveling to the Washington DC area from where he lives in New York City last weekend and was spotted attending a Washington Capitals game at Capital One Arena.

The next day, the two teamed up with co-stars of Gulbranson’s “Summer House,” Lindsay Hubbard and Carl Radke, to watch a Washington Commanders game at FedEx Field in Maryland. Several photos and videos of this connection were posted to the Bravo stars’ Instagram Stories, including a TikTok video shared by Darby to Beyonce’s song “Cuff It,” which showed the foursome dancing.

Gulbranson previously revealed on “Watch What Happens Live With Andy Cohen‘ that he and Darby often talk in the evenings when they have some free time and are still in the process of getting to know each other.