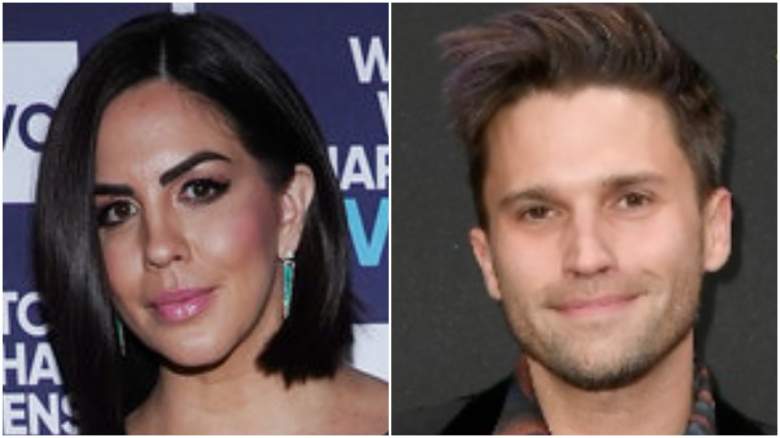 Vanderpump Rules star Katie Maloney and Tom Schwartz announced they would be divorcing in March 2022. In May 2022, Maloney uploaded a short video of Schwartz to her Instagram story. The video showed her estranged husband sitting in a hot tub at their Valley Village property.

“Well, this is probably the last time I’m ever in here. I need to get a new hot tub,” Schwartz said.

“He’s so freaking pathetic I’m dying,” the post captioned it.

A few Vanderpump Rules fans commented on Schwartz’s behavior in the video.

“It’s actually kind of sad. I know he’s a horrible person but he looks like he’s falling apart,” wrote one commenter.

“Why would she post that,” asked a Bravo fan.

“I had the exact same thought… This feels like a very personal and sad moment,” agreed another.

“Wtf was the point she posted that,” added another person.

“Actually, I find it more pathetic of Katie to feel the need to post this 🤷🏻‍♀️,” shared a Vanderpump Rules viewer.

“Yeah, super weird of her to post. Especially since the pool is so dirty,” commented one Reddit user.

“Why would she post that, for example? Can’t some moments remain private? Everything has to be filmed. It just makes me sad,” claimed one commenter.

“Really gross of her to post that imo. It’s totally true that you d*** shame him though,” chimed in a seventh social media user.

When speaking to page six In April 2022, Maloney announced that neither she nor Schwartz will continue to live in their Valley Village residence.

“It’s too much house. It is a large four bedroom house. We don’t all need that for ourselves. We actually helped each other find places. I’ll say, ‘I think this place would be really good for you. I think you will really like it. You should check it out,'” the 35-year-old explained.

Schwartz shared similar comments about his living situation. He told the publication:

Former “Vanderpump Rules” star Stassi Schroeder shared her thoughts on Maloney and Schwartz’s split during an April 2022 appearance on the Morning Toast podcast. She briefly commented on the rumors that Schwartz kissed his co-star Raquel Leviss.

She then shared that she wasn’t sure how Maloney would have reacted if the rumors were true.

“You’re in such a good place, Schwartz and Katie, like what I’ve said when people have been like, ‘How is she?’ I’m like ‘they are divorce couple goals.’ As if they would handle it so well,” said Schroeder.