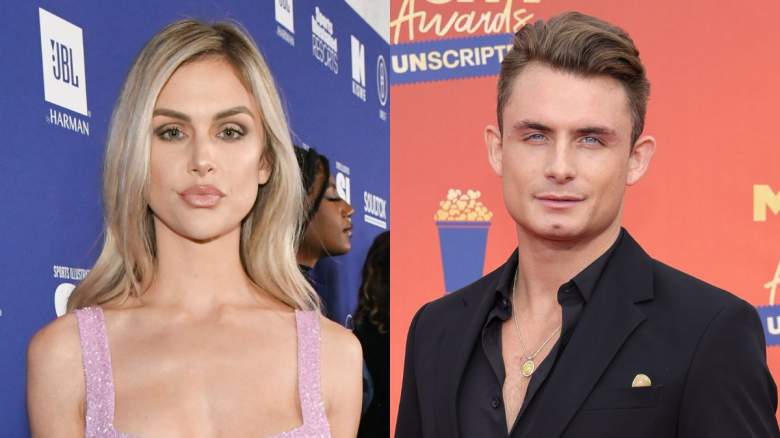 Lala Kent took to Instagram on Sept. 16 to share a new photo of herself and kudos to the photographer, none other than her Vanderpump Rules co-star James Kennedy.

Kent shared a photo of her sitting in the passenger seat of a car in a Manière De Voir outfit. She paired the brand’s racerneck mesh bodysuit with white see-through pants. Kent captioned the shot: “@itsjameskennedy coming through to please me. & my orca tattoo is getting a moment.”

As VPR viewers may recall, Kent and Kennedy’s friendship has had many ups and downs and the two Bravo stars have bonded in the past, but their friendship now seems very solid. In a recent Instagram story, Kent Kennedy called her “Ride or Die.” However, many fans commented on the two stars’ friendship in response to Kent’s caption, saying they wanted to see something romantic between them.

Many fans told Kent the photo was amazing and she looks great, while several others commented on her salute to Kennedy. “Please marry him lalar,” one person wrote. Another said, “I might check out a spinoff of you two.” Someone else agreed, “my favorite duo.”

Someone said, “He’s a great friend!” Another said, “He took a good picture. You look so pretty . He should take all your pictures.” Quite a few said they wanted the two to get together, including one who wrote, “I’ll ship it.” Another wrote, “Can’t you and James just get married already lol?” Someone commented, “Sober James and sober LaLa make a dream team.”

Kent and Kennedy both appeared on “Watch What Happens Live” in January 2022 and discussed whether they would ever date. “Oh my god, I mean, I don’t think James Kennedy is ready to be anything like a stepdad,” Kent said of their daughter, Ocean. “So much has changed since we got together.”

Kent and Kennedy became friends at VPR and also dated in the past. The two have also collaborated on music and although they had some rough patches, their friendship grew in Season 9 as Kent became a mother and Kennedy focused on his sobriety. On January 2022’s Watch What Happens Live, Kent said the DJ was one of her closest friends. Kennedy said:

Kent said she thought that was a “good answer. That’s a great answer.” As VPR fans know, Kent is currently single while Kennedy is in a relationship with Ally Lewber.