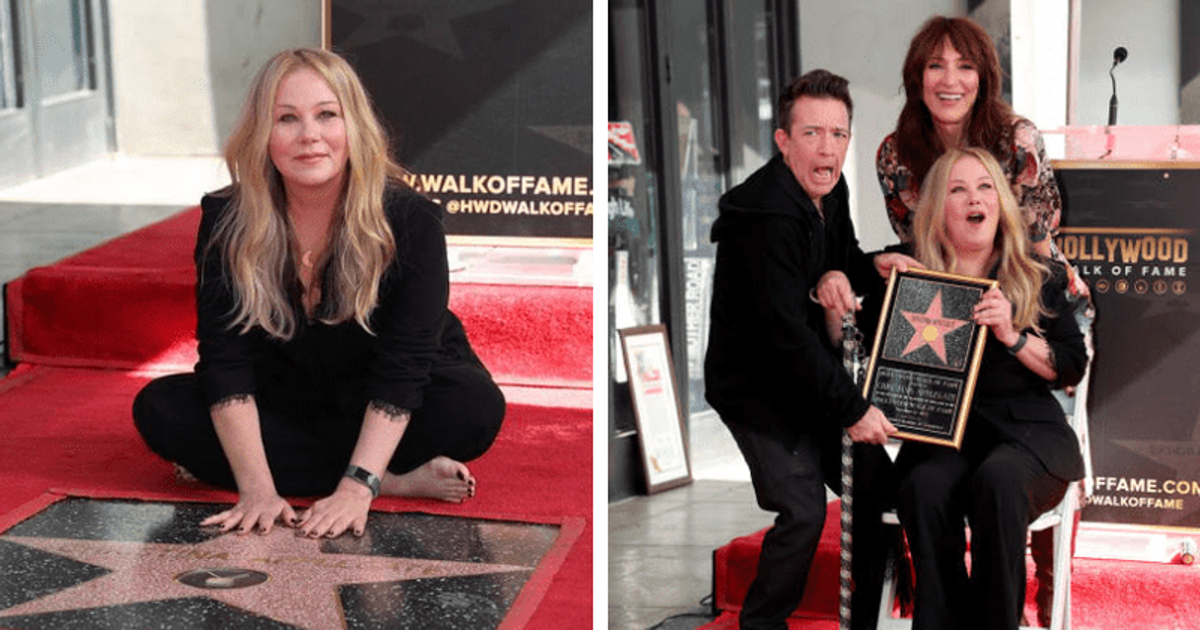 LOS ANGELES, CALIFORNIA: Christina Applegate, 50, flaunted her multiple sclerosis-themed nail art as she received a star on the Hollywood Walk of Fame on Monday, November 14. It was her first public appearance after announcing that she had been diagnosed with MS in August.

The ‘Dead to Me’ actress complemented her all-black look with a walking stick and a message-embellished manicure. Applegate showed off her black nail art to the camera, displaying a letter on each finger that said “fu MS.” The actress posted a picture of several walkers on social media in the days leading up to the occasion to show how she was geared up for the big outing.

The actress wrote: “I have a very important ceremony coming up. This will be my first time off since the MS diagnosis. Walking sticks are now part of my new normal. Thank you @neowalksticks for these beauties. Stay tuned to see which ones are making the cut for a week stuff.” And earlier this month posted pictures of five different styles of walking sticks. The black and crystal spiral style seems to be what Applegate went for, though there are many other options for upcoming occasions.

At Monday’s event, the beauty queen was joined by Married with Children’s Katey Sagal and David Faustino, and Linda Cardellini, with whom she co-starred in Dead to Me. In her speech, she thanked her friends, family and daughter Sadie, saying: “Thank you for standing by my side through all of this. Oh, by the way, I have an illness. Didn’t you notice? I’m not even wearing shoes!”

Applegate may not have worn shoes, but her look left a lasting impression on viewers. One user said on Twitter: “@1capplegate really is the poster child for endurance. Her incredible talent and dedication to her craft is truly admirable and she totally deserves this spot on the Hollywood Walk of Fame.” Another fan wrote, “I just love this woman. Legend, icon, known in the industry as the “secret weapon” to elevate any project, and recently she’s become a superhero. Congratulations @1capplegate
look forward to getting your Walk Of Fame star today. Very well deserved star on the Walk of Fame today!” “She is so beautiful and strong. I pray she gets through this,” one user wrote. Another user wrote: “Christina Applegate was honored with a Walk of Fame star at the emotional first event since being diagnosed with MS. She’s such a fighter and an inspiration. We wish her only the best. #1980s #ChristinaApplegate.” Another user wrote, “Let’s just say hello to Christina Applegate.” “@1capplegate with the ‘fu ms’ nails love her,” wrote one user. Another fan wrote: “My bleeding for Christina Applegate. Just announced she has MS. Prayers for your beautiful soul!” One user tweeted, “Man watching @1capplegate speak at her Hollywood Walk of Fame ceremony while Katey Sagal held it… kinda ruined me. I wish her the best in her battle with MS.” “Love this!!! Thanks Krieger @1capplegate,” tweeted another user.