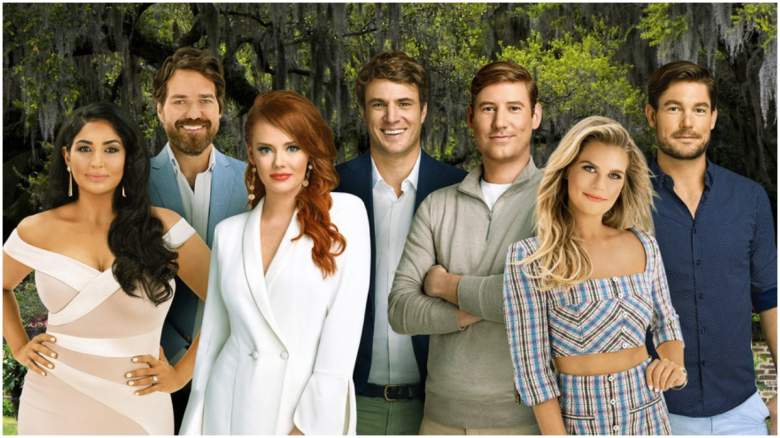 Southern Charm Season 8 is upon us, and viewers will see the return of many of its stars for a very dramatic season that the trailer hinted at.

Bravo fans who love the show in Charleston, South Carolina, will have even more content to watch in the South in fall 2022, as the network recently announced a new spin-off centered on the Republic Garden & Lounge restaurant by ” Southern Charm” star Leva Bonaparte. The show will focus on the ins and outs of the lives of Republic employees and began filming earlier this year, Deadline reported.

The Redditor who started the thread wrote, “Who asked for this?” and fans responded to the responses to criticize the show and Bonaparte.

Many Southern Charm fans shared their thoughts on the spinoff in response to the Reddit thread, with one person writing, “Leva Land is a terrible title.” Another wrote, “For those who ask who wanted this: me think it’s bravo producers. They are looking for the next Vanderpump Rules as the original VPR has fallen apart.”

One person said that although they “didn’t love Leva last season,” they wanted to check out the show, “I’d love to have another show that’s as messy as the first few seasons of VPR.” Another wrote, “If Leva and her restaurants are the vessel of a great show, I’m all for it. But not that Leva is the main character.”

A couple commenters said they’ve heard rumors in Charleston that the cast aren’t the actual staff and have auditioned. “And they’re going to have crossovers where Craig Shep and the crew party there. It’s overproduced and word on the street is that all her waiters are actors who auditioned not her staff who she said are like her family.” Another wrote: “People have already come out and said , that they cast for the show and didn’t show any of the actual staff who already worked there. It will be so wrong.”

Many fans were confused as to why Bonaparte was the cast member who got the lead role for the spinoff. “Leva sucks. So condescending, disloyal and an idiot,” one person wrote. “She always gives unwarranted advice that no one asks for. She’s smug,” added another. One person said, “It’s a joke, right? I like Leva the least. She is a grade. Listen to her, you’re good.”

One person struggled with the name, saying, “Who the heck came up with the name?” Another wrote, “It sounds like one of those Chucky Cheese kids play zones with ball pits and birthday parties.” One person joked, “If Craig’s Pillow Store is presented, then I’ll watch. I wish the pillow shop had a show; this is a train wreck I have to see!” Another said: “I would watch Katherine for 10+ hours doing just about anything and even follow the antics of Craigy — heck give me a spin in style by Patricia and Whitney Norman Bates.”

One person shared their thoughts on the restaurant, saying, “I live in Charleston and Republic don’t I? The bouncers think they are special, the toilets haven’t been cleaned this decade, the bartenders are rude and the music stays at 100 in the middle of the damn day. I really can’t understand why they chose this establishment, especially when considering she owns several.”

According to Deadline, the show will premiere in fall 2022 and will be produced by Haymaker East with executive producers Aaron Rothman, Josh Halpert, Bill Langworthy, Leva Bonaparte and Lamar Bonaparte. Jesse Light is co-executive producer. The publication described the show as:

The Holy City Sinner article referenced in the Reddit thread states that filming for the show began in early May. It has been written that the show is expected to be similar in concept to the hit Bravo spinoff Vanderpump Rules. Bonaparte guest-starred on “Southern Charm” for several seasons and became a full-time cast member in Season 7. She will also be the main actress in the upcoming 8th season.