Fans are wondering what the new Star Trek: Deep Space Nine will look like — but we already know 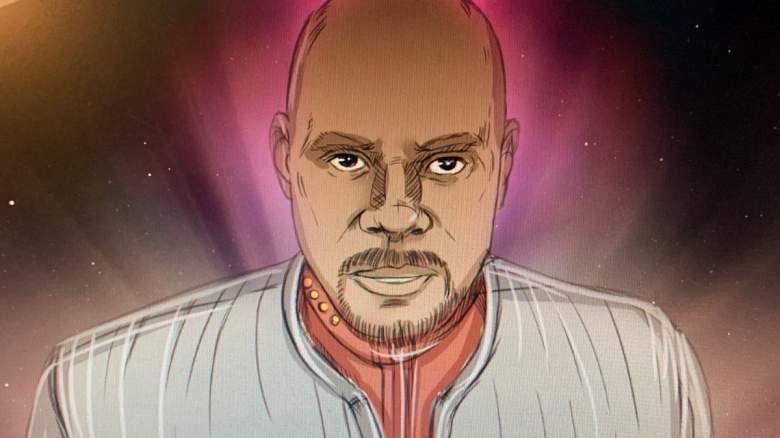 With all the announcements being made at San Diego Comic-Con, there were a few quiet words about “Star Trek: Deep Space Nine” that seem to have slipped under the radar. It must have been easy to take a look at what Star Trek Executive Producer Alex Kurtzman had to say about the popular version of Trek.

During the SDCC, fans learned about a new crossover event between the crew of the animated films “Star Trek: Lower Decks” and “Star Trek: Strange New Worlds”. Many fans ask themselves that what that would look likewhile others hoped it wouldn’t happen.

Then there was the teaser trailer for the third and final season of Star Trek: Picard. This trailer – which Heavy has written about extensively – gave fans a glimpse of Picard (Patrick Stewart) and his crew as they watch the new show. People were excited about the return of Old Worf (Michael Dorn), Dr. Crusher (Gates McFadden) and Geordi La Forge (LeVar Burton).

So it’s perhaps no surprise that what Kurtzman said didn’t draw much attention. As reported by Mick Joest of CinemaBlendKurtzman remarked the following during one of the SDCC sessions:

“I’m trying to answer your question without giving anything away,” Kurtzman said. “I think we always have conversations about Star Trek history, and obviously Sisko is a critical, critical figure for everyone. Discussions were definitely held.”

While that may have been swept under the rug because of another announcement made earlier this weekend, namely that the crew of Lower Decks would be visiting DS9 in its upcoming third season (as reported by Ryan Britt of Den of Geek), Kurtzman couldn’t have spoken about that.

Since Lower Decks is set after the events of Star Trek: Nemesis, the crew of DS9 would have been disbanded at that point. Captain Benjamin Sisko (Avery Brooks) was already living with the so-called wormhole aliens, Chief Miles O’Brien (Colm Meaney) left to teach at Starfleet Academy on Earth, Jadzia Dax (Terry Farrell) was dead… and so on.

Even if Ensign Mariner (Tawny Newsome) and Boimler (Jack Quaid) spend some time on the station, things just won’t be the same. It will probably be like a visit Graceland without Elvis – a fantastic trip, but you should have visited it a few decades earlier.

What Kurtzman said is quite significant, and in some ways could mean the return of Deep Space Nine. Maybe it could be in a movie (which could be streamed on Paramount+) or maybe in an animated format. Armin Shimerman (Quark) tells Trek Report 2020 This animation would be the “best way” for him to put his ears back on.

If Deep Space Nine returns, what would it look like? Would the characters be back on the station? Would Sisko return from the wormhole to interact with his old friends? Would Jake (Cirroc Lofton) forgive his father for leaving?

These are undoubtedly logical questions. But thanks to a whiteboard brainstorming session led by DS9 showrunner Ira Steven Behr, fans may know exactly how the characters could return.

This conversation, which took place between Behr and part of the team that helped develop DS9, was made into the documentary “what we left behind.” Produced by filmmaker David Zappone, “What We Left Behind” explored DS9 and what it means to fans and those who made the show. It featured interviews, behind-the-scenes footage and lots of vocals from Casey Biggs (Damar), Jeffrey Combs (Weyoun), Shimerman, Max Grodénchik (Nog) and Andrew Robinson (Garak).

In the final 15 minutes of the documentary, Behr and Robert Hewitt Wolfe, Hans Beimler, Rene Echevarria, and Ronald D. Moore plotted the return of Sisko and the rest of the crew.

The writing team has come up with a story in which Major Kira (Nana Visitor) is under pressure aboard the station while hiding her relationship with the Jem’Hadar. Meanwhile, Section 31 plans to close the wormhole, which would separate Bajor from their gods and cause Bajor to join the Federation.

Wolfe speculated that Dr. Julian Bashir (Alexander Siddig) would lead Section 31. Echevarria noted that this change would have meant that some of the DS9 characters “really lost their way”.

The writers brought Sisko back to the station, where he apologized to a now-grown Jake. Then the team ended their session and the film went black. Fans were then instructed to let their imaginations run wild.

Will Kurtzman use this story draft to reboot DS9? Only he knows. But practice shows that these characters certainly have more stories to tell.

What We Left Behind is free to watch youtubeTubi and Roku and can be bought on Blu-Ray from Amazon.

READ NEXT: Star Trek Fans: Please Don’t Spoil NOPE for Everyone Else