Fans are ‘uncomfortable’ with Luis Ruelas’ gift to Gia Giudice. 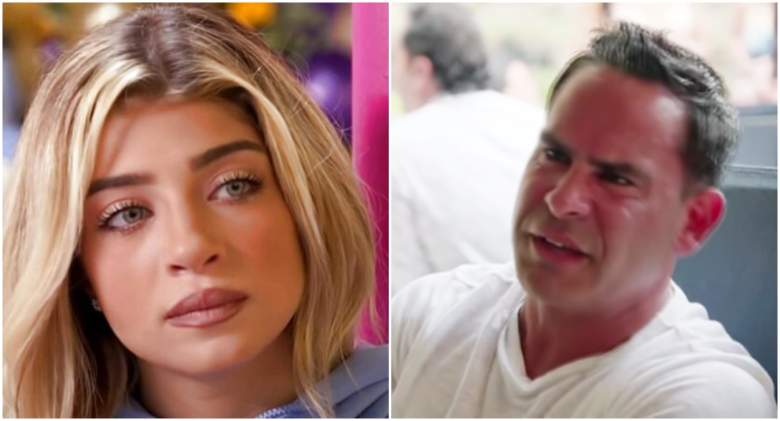 Over the weekend, Gia Giudice posted a photo on her Instagram Stories of a bouquet sent to her by her mother Teresa’s fiancé.

“@LouieRuelas you are amazing,” she captioned the photo. In the photo you can see the attached card that says “I just want to tell you that you are awesome”.

A Reddit thread titled “I guess the love bombing doesn’t stop at Tre” was created in which fans discussed the gift Ruelas had sent to Gia.

“Remember when Bethenny said she was annoyed with John because Dorinda was always trying to sell him? There is,” one wrote.

“The only thing worse than your boyfriend/family trying to sell you their new boyfriend/girlfriend is when they try it directly,” wrote another.

“They sell him hard,” wrote another fan.

“Oh god. Maybe it’s just me, but if I were an adult and my mom’s boyfriend/fiancé sent me a bouquet of flowers I would be scared as hell,” one fan shared.

“Typical. An abuser tries to: Manipulate and win over your support system into making them think he’s awesome and she’ll sound and look crazy when she finally ‘comes around’ and complains about his behavior or tries to go,” someone wrote. “Manipulating them over their children.”

“Yeah Gia make sure you post a picture on social media so people think he’s a great guy,” one fan commented.

“What? Creepy boyfriend sneaks up on daughter,” one fan wrote.

“Pretty inappropriate,” pointed out another fan.

“This makes me uncomfortable,” wrote another fan.

“Love bombing because he sent her flowers for a reason none of us know? Maybe she had a crappy week? Or passed a difficult exam?” someone pointed out.

“Okay, stop it. There’s nothing wrong with him sending her flowers,” someone said. “I would expect my imaginary stepfather to be kind to me. They are flowers.”

“I find him problematic and don’t follow any of them on social media,” one fan wrote. “However, this is probably the week before the finals for Gia and she’s probably stressed to the max. There’s a good chance Louis knows this and is just trying to make her day.”

While partying a night out, Joe Gorga confronted Luis Ruelas about the rumors of his alleged domestic violence and past cheating.

“So what’s up with the past?” Said Gorga to Ruelas on the show.

“I got divorced when I was 35 and I was pretty confused. And then I had some toxic relationships [with] desperate, thirsty, despicable exes,” Ruelas said.

“You could have been in a toxic relationship, but [the stories] keep coming,” said Gorga. “There is obviously some truth to these stories. Some of them, right?”

Ruelas denied any abuse but took responsibility for other mistakes.

“As many sleepless nights as I’ve had, you know, trying to manifest the right woman in my life, I just want to assure you that I will always be there for you, I won’t let you down,” he said . “I will love her every second of the day because she deserves it.”