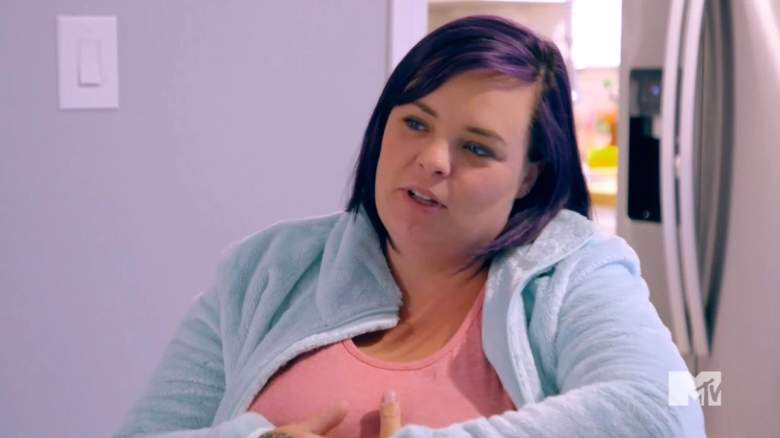 Teen Mom star Catelynn Lowell made a vulnerable post about “toxic” family members ahead of Thanksgiving. Fans on Reddit appreciated the post, and people said they could relate.

“Everyone talks about cutting off a toxic family, but nobody actually talks about the heartache that comes with having to hold on tight to that decision because you know it’s not what you want, it’s for your well-being.” and that everyone around you is needed,” the text in the video reads.

“The grief is a different kind,” she wrote as a caption.

The post resonated with Lowell, who re-shared the video on Instagram. “It’s hard AF.. the s*** is NOT easy and the sadness is so freaking real 😩😩😩,” Lowell wrote.

A number of people on Instagram agreed with Lowell’s post and said they also had to deal with the guilt of removing harmful family members from her life.

“I feel that. It’s so much harder than people realize. Props to the people who can,” one person wrote.

“I feel that in my soul this year…” said another.

It’s not the first time Lowell has spoken out about toxic family members. Days before her Thanksgiving post, she shared another TikTok, but this one was created by a social media user named Sarah Nan.

The caption in the video reads: “But she’s your sister. Can’t you just put everything aside for the holidays?”

“Toxic is toxic,” Nan said in the caption. “It’s the new normal. We won’t be pushing people’s limits because of the holidays or you won’t see me for the next few.

Lowell added her own explanation for sharing the video. “Family or not… toxic is toxic and not welcome here 🤷‍♀️,” she wrote.

Some people wondered which family member Lowell was talking about. Her mother, April Brockmiller, father-in-law, Butch Baltierra, and sister-in-law, Amber Baltierra, all struggle with substance abuse.

In May, Baltierra said his father was in a “toxic” relationship with a new woman.

“He’s dating this chick who has a lot of money, so he really has this endless enabler. They’re in a toxic situation — they’re not in a good situation,” the Teen Mom star said live on Instagram, The Ashley reported. “I got to a point where I just accepted him. He’s an addict. Relapses are part of it.”

Lowell had a meeting with her mother, as portrayed on an Oct. 4 episode of “Teen Mom: The Next Chapter,” after hearing that Brockmiller was “thrilled” when she gave her 3-year-old daughter a bath. Lowell sometimes relies on her mother to babysit, but she doesn’t want her children around their mother when she’s drunk.

“I’m at that moment in my life where I know trusting her not drinking with my kids is pretty hard, really,” Lowell admitted. “I want to protect her from things that I experienced with my mother growing up.”

In a confessional with MTV cameras, Lowell said she would have to cut off her mother if she continued to drink with her children.

“The only concern I have is sticking to my limits,” she said. “I know at some point it’s going to happen that I show up there and she’s humming or she starts drinking and I just have to step on the gas and go, but she hasn’t done that yet.”

Lowell had an off-camera conversation in which Brockmiller admitted to drinking more but promised to drink less.