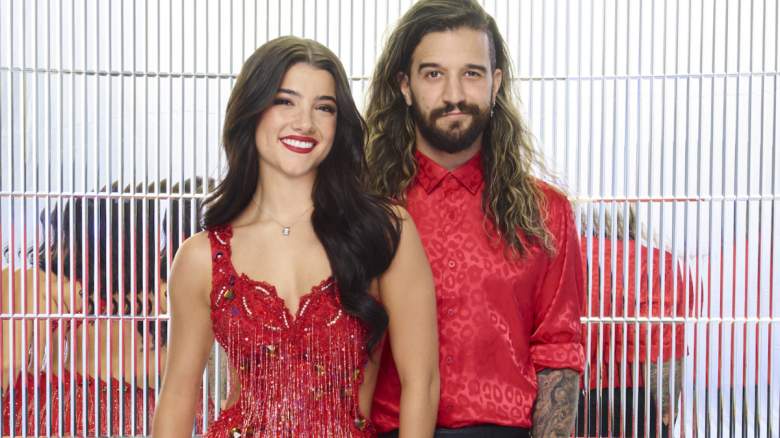 Mark Ballas is a popular professional dancer on Dancing With the Stars, but his return for Season 31 comes after a long hiatus.

According to Us Weekly, Ballas first appeared on the show during its fifth season in 2007 and has appeared for a total of 19 seasons. He won two Mirrorball trophies early on and then left the celebrity ballroom show in 2017 to focus on his recording career. Ballas and his wife BC Jean perform together as the musical duo Alexander Jean, according to Billboard.

For his return to “DWTS,” Ballas, 36, is partnered with TikTok star Charli D’Amelio. The 18-year-old specializes in short freestyle dance videos and boasts a massive following on social media — her TikTok account alone has 147 million followers — which could lead to a massive “DWTS” following.

At the “DWTS” premiere, judges raved about the duo’s cha cha, with veteran Carrie Ann Inaba saying, “Season 31 was just getting really hot, really fast. The nuances – you’re such a nuanced performer… it was kind of amazing. Now I understand it. TikTok, welcome to Disney+.”

So it’s perhaps no wonder that Ballas decided to get into the TikTok game by joining the platform himself and posting his very first video.

Ballas still has a long way to go to catch up with his “DWTS” partner’s follower count. His recently launched TikTok account has 4,200 followers as of this writing.

Ballas’ first TikTok was a vlog titled “My Life These Last Weeks.” A montage of footage showed him and D’Amelio in a rehearsal room after they first met.

There was also footage of the two at the airport eating pizza in a fitting room – with a cameo from Charlie’s mother Heidi, who is also a “DWTS” contestant – as well as their view from a plane. Ballas also shared a night out with friends, a long-haired, sleepy-eyed mirror selfie, as well as more rehearsal footage and a final shot of him and D’Amelio performing in the “Dancing With the Stars” ballroom.

“So happy to have you back on the show,” wrote one fan.

“dwts is SOO happy to have you back – happy to see you more active Mark and can’t wait for the new album too,” wrote another.

“MARK IS BACK LIFE IS GOOD,” wrote another fan.

“Earth is finally healing, Mark is back,” wrote another.

“Yeah Markkk! You are my favorite from DWTS…so happy to have you back. And Charli is just so sweet and humble. What a great pairing!” wrote another fan.

Another fan called Ballas and D’Amelio “the best duo ever.”

Just in time for his return to “Dancing With the Stars,” Ballas returned to both Instagram and Twitter following a social media hiatus.

On September 12, 2022, he teased his partnership with D’Amelio on twitter sharing her cast photo and the caption, “Idk it sounded like fun… Lets go Charls @charlidamelio.”

Ballas has had a similarly long hiatus from Instagram. Though he hasn’t posted to his main page since November 2021, he did start posting again just before the premiere week of “DWTS.” One post teased a new album coming out for Alexander Jean and he also shared the same video he posted on TikTok, but in the caption he went into detail about what he’s been up to for “the past few weeks.”

Ballas noted that he met D’Amelio and then flew to New York City to appear in the “DWTS” cast on Good Morning America. He also hung out with a castmate from the “Jersey Boys” musical in which he was appearing on Broadway and went to another musical while in the Big Apple and danced with both his mother Shirley Ballas and his ” DWTS” fellow pro Daniella Karagach. He also went to a camera rehearsal, wrote a new song for Alexander Jean, and threw confetti to end his video.