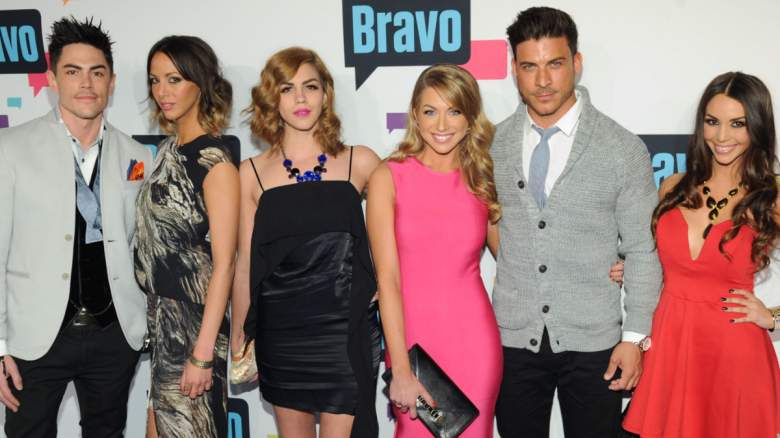 A former ‘Vanderpump Rules’ star has made a big career announcement that left several fans of the show less than thrilled.

After teasing fans with a few posts, Kristen Doute finally shared that she’s releasing her own podcast, which is set to officially debut on Wednesday, November 30, 2022.

The podcast is titled “Sex, Love and What Else Matters” and promises to “give a deep dive into these topics from both a female and male perspective; unfiltered, vulnerable… and of course SEXY!”

The podcast will be co-hosted by Doute’s friend Luke Broderick, and the two will “discuss the importance of emotional intelligence and communication along with raw and candid conversations about intimacy and sex.”

Shortly after the announcement, fans took to Reddit to react — and many people don’t seem interested in what Doute has to say.

Doute seemed to be getting a lot of support on Instagram, including support from her former “Vanderpump Rules” co-stars, many of whom already have their own podcasts. However, the conversation that unfolded on Reddit was very different.

Many VPR fans couldn’t help but point out that Doute has had a few failed relationships — and she’s even cheated on Tom Sandoval with Jax Taylor — which some don’t think she’s the ideal person to offer “relationship advice.”

“Lmaoooooooo she is the LAST person I would ask for relationship advice,” one person wrote.

“Kristen will explain the importance of emotional intelligence???? OK, sure,” added another.

“Advice from Kristen on Emotional Intelligence? What’s next, advice on the importance of a good work ethic from Tom Schwartz? Hard pass,” repeated a third.

“The day I take dating advice from Doute is the day I need to be institutionalized lol,” said a fourth.

In June 2020, Variety confirmed that Bravo had split from several “Vanderpump Rules” stars, including Doute and Stassi Schroeder. The two were fired from the show after a SUR staffer named Faith Stowers accused them of racist acts.

“Bravo and Evolution Media confirmed today that Stassi Schroeder, Kristen Doute, Max Boyens and Brett Caprioni will not be returning to Vanderpump Rules,” the outlet said in a brief statement.

Doute has been relatively low since leaving VPR. Though she’s appeared on various podcasts, she hasn’t returned to reality television, nor has she – officially – continued her career until now.

In mid-November, Jax Taylor made an Instagram Live teasing a return to television alongside his wife Brittany Cartwright. During the same live, he also said that Doute would have some big news to share soon. It seems he was alluding to her new podcast.

Other past and present Vanderpump Rules stars who have podcasts include Scheana Shay, Lala Kent, Stassi Schroeder, and Katie Maloney.