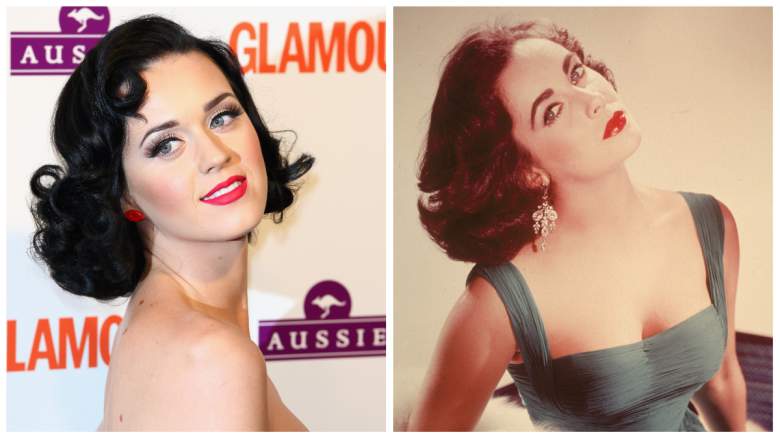 Pop icon Katy Perry has long been fascinated by legendary actress Elizabeth Taylor, whom she calls “the first real influencer”. That’s why the American Idol judge is so excited to be the voice of a new series that unveils untold secrets about Taylor’s life. But not everyone is convinced that she should spill the tea on Taylor.

Beginning October 3, 2022, Perry will narrate a 10-part podcast series entitled Elizabeth the First, which will feature never-before-heard stories from people closest to the legendary actress. The series will also feature archival footage of Taylor, who died in 2011 at the age of 79.

In a new three-minute trailer for the series, Perry reminds audiences that long before social media or so-called “influencers” existed, Taylor could captivate audiences and draw thousands to a mall just to hear about her latest perfume.

“Elizabeth Taylor has fascinated, inspired and influenced me as an artist, woman and advocate,” said Perry.

The podcast series is produced in association with the House of Taylor, which is managed by three trustees of Taylor’s estate, who she chose before her death to continue her legacy, including the Elizabeth Taylor AIDS Foundation.

Topics include Taylor’s influence in fighting for justice in the male-dominated film studio system when she was a young actress, including her successful negotiation for Hollywood’s first million dollar salary, which she earned for 1963’s “Cleopatra.” That paycheck made her the highest paid actress in the world at the time. The podcast will also explore Taylor’s love of opulent jewelry and how her business acumen led to a record-breaking Christie’s auction of her jewelry.

In March, Perry told Variety why she wanted to be part of the podcast about Taylor.

“I’ve always felt connected to her,” she said. “I literally took a dip in the same bathtub she did that groundbreaking ‘Cleopatra’ deal in! I’m inspired by her bold activism, her constant boss who moves around the business, and through it all, an uncompromising way of loving – all things I try to live in my own life. It is an honor to be able to share her story in this way.”

However, fans are divided over Perry’s involvement in the project. Her devoted fans, who she affectionately calls her KatyCats, flooded House of Taylor’s Sept. 14 Instagram post about the podcast with celebratory comments.

One person wrote: “Katy Perry is an odd choice but cool to see more Elizabeth Taylor content coming out soon!”

“I was on board until I saw Katy Perry,” commented another.

One woman wrote: “Damn they couldn’t get Anne Hathaway or an A list star and an actor that’s an insult. Your lips are singing.”

When someone wrote: “No! Not Katy Perry!” several others responded that they had the same reaction.

But there were also people who are fans of both icons, and some crowned them “queens” in the comments.

One wrote: “So excited to hear Katy talk about Liz!!! my favorites!”

And someone else added: “Ahhhh, very, very excited. Two of my favorite icons in one podcast. Looking forward to it.”

The Elizabeth the First podcast will be available starting October 3rd wherever podcasts can be downloaded.