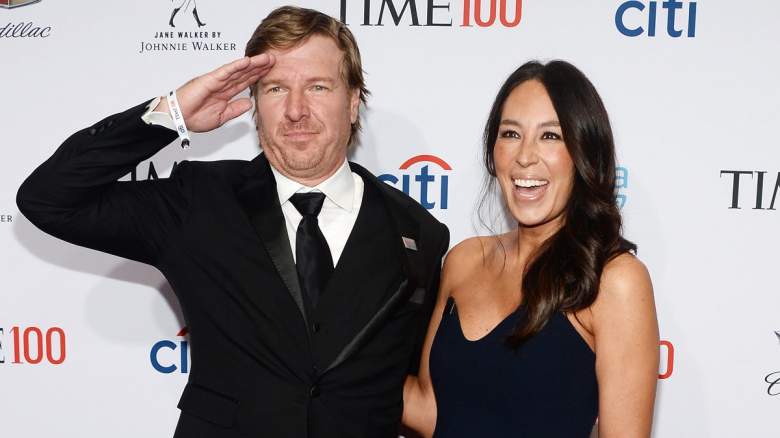 Chip Gaines went from flipping houses in Waco, Texas to becoming a popular superstar on HGTV. But after nearly a decade of fame, he’s become a lightning rod for criticism, and now former fans have taken to social media to be louder about their disdain for Chip’s on-screen antics, claiming they refuse to watch Fixer Upper anymore.

After Chip and his wife Joanna left HGTV and stopped filming Fixer Upper in 2018, millions of fans who missed the duo were thrilled when the pair reappeared on cable TV in January 2022. Their Magnolia network is already a success, crushing the former DIY Channel’s ratings in the first quarter.

When the Gaines rose to fame with 2013’s “Fixer Upper,” they quickly became known for their endearing dynamic as a couple, with Joanna’s serious, even-tempered demeanor balancing Chip’s energetic, comedic flair — from pratfalls to dad jokes. That dynamic continues in Fixer Upper: Welcome Home, now airing on Magnolia, with Joanna often rolling her eyes at stressful moments and laughing at her husband’s comical relief.

But her return to television has also sparked a slew of backlash, particularly from viewers who say they’re sick of Chip’s on-air demeanor. For example, on September 11, fans began bickering online over a quote from Chip that appeared on Heavy on HGTV’s Facebook page. The featured quote was about how uncomfortable he was filming their show on HGTV when it felt like the producers wanted him to say something funny or smart on cue.

“The more staged something is, or the more something is requested, it locks me in and I felt like I was locked in, trapped towards the end of the ‘Fixer Upper’ journey,” he was quoted as saying.

Hundreds of people left passionate comments on the post, with some vowing never to watch the show again. Many were irritated by Chip’s quote, calling the host everything from “annoying” to “ungrateful” to “disgusting,” while others slammed him for “dangerous” renovation practices that led to FDA fines in 2018.

One woman wrote: “He was so obnoxious I stopped watching. But he’s not complaining about the millions they’ve made.”

“I’m not a fan of her show…the ones I’ve seen just act stupid…and I was just put off watching them,” another person wrote.

Someone else chimed in: “He’s trying way too hard to be funny. I can’t stand to watch their shows. Your ego is over the top and guess what, Chip, you’re not funny.”

Another viewer wrote, “Sorry Chip… but you’re the reason I don’t watch the show anymore… Act your age!”

Other fans rushed to Chip’s defense, clapping back at those who vowed to boycott the show.

One fan, whose comment received dozens of likes, wrote: “Wow so many haters commenting. Yes, it made them a lot of money, but he has every right to say how he felt during that time. He probably felt he was doing the right thing at this particular point in his life. No wonder men hide their thoughts and feelings because so many people write hateful comments.”

Another wrote: “Sounds like a normal reaction for anyone. Find his humor cute with Jo’s reactions. Of course they like each other. Some people just have to get over themselves!”

Someone added, “And some people wonder why there are so many bullies in schools!”

Meanwhile, there were also comments from people saying Chip’s open sharing made them like him more.

“I’m glad he took the time to explain his feelings,” wrote one woman. “I really didn’t care about him that much. After reading what he felt I can now understand how/why he acted the way he did on air. It was his circus and they were his monkeys! I feel sorry for you, Chip, but now I respect you again.”

The Gaines have gotten used to hearing — and ignoring — critics and unkind comments about them over the years. They rarely engage in online mudslinging unless they believe false accusations could get out of control and affect people’s perceptions of their family values ​​and goals.

For example, in late 2016, BuzzFeed published an article about the couple’s church and their pastor’s biblical views against same-sex marriage, leading many fans to believe they shared these views. According to CBN News, a firestorm of media coverage and social media buzz prompted Chip to respond via a blog post that is no longer visible on Magnolia’s website.

“Jo and I refuse to be lured into using our influence in a way that will cause even more damage to an already injured world, this is our home,” he wrote in the post. “A house divided cannot stand. If there is hope for all of us to move forward, heal, and grow, we must learn to engage those who are different from us with dignity and love.”

He continued: “It’s not about the color of your skin, how much money you have in the bank, your political affiliation, sexual orientation, gender, nationality or creed. This is all fascinating, but it can’t add or take away from the reality we’re already drawing for you. We’re not going to throw stones at each other, don’t ask us, because that’s not how we play.”

In 2017, Fox News reported that the couple received a lot of backlash when they announced their lifestyle brand partnership with Target, which the American Family Association had already boycotted, claiming the retailer wasn’t supporting “Christian values” by making it transgender. Allowed customers to use the bathrooms and changing rooms that best fit their gender identity.

In a blog post about their partnership, Chip subtly addressed disgruntled fans by writing, “With our friends, family, and the people we do business with, we’re serious about constantly finding common ground. We are grateful to work side-by-side with the people at Target. We believe that together we will build something truly beautiful and that our positive impact will now be far greater than it would ever be separately.”

Over the years, the couple has also pushed back claims of racism, missing parents and rumors of divorce.

In a June 2021 interview in The Hollywood Reporter, Chip revealed that he now enjoys proving people wrong about his intentions and abilities. When asked if the couple’s new Magnolia Network would be successful, he said he wasn’t troubled by naysayers.

“We understand people’s doubts,” he said. “It takes time to prove you can be trusted, but that feels like a challenge to me. I can’t wait to turn 80 and have people say, ‘Gosh, we really thought you were a phony.'”