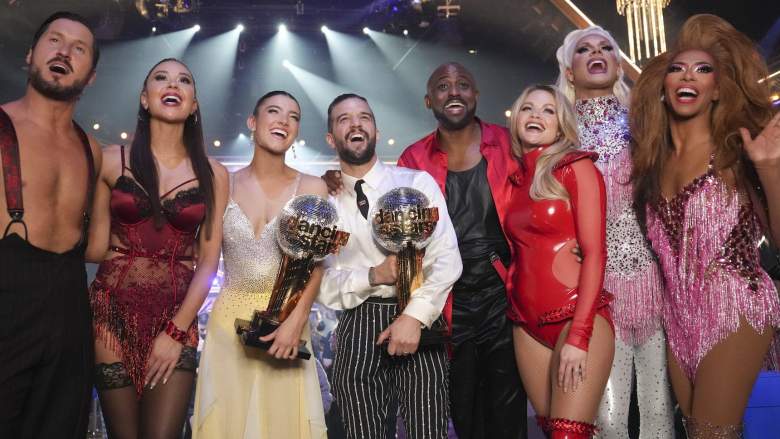 Some “Dancing With the Stars” fans are outraged by the way the Season 31 finale turned out, as TikTok sensation and reality star Charli D’Amelio and her partner Mark Ballas “Bachelorette” Gabby Windey and her partner Val Chmerkovskiy win for hitting.

What fans are angry about:

Some viewers have been pissed all season that Charli D’Amelio even competed on Dancing With the Stars as she has extensive dance training and also partners with Dancing With the Stars pro judge Derek Hough for the Step Into the Movies ABC Special. They recreated the legendary “Dirty Dancing” finale dance, with D’Amelio playing Baby Houseman (Jennifer Grey) and Hough playing Johnny Castle (Patrick Swayze).

Some disgruntled fans feel the show has been “rigged” all along for D’Amelio to win. They also feel that Windey and Chmerkovskiy were “robbed” of the win.

“I think the win was rigged for Charli who won!! Not fair!!” one commenter wrote on Facebook, to which another replied, “Totally agree. Not fair, Mark is coming back after being absent for several seasons and is being paired with Charlie. Professional dancers shouldn’t be allowed to compete.”

“I just wanted to say that Gabby, Wayne and Shangela got robbed! Charli is a dancer and a jury favorite from day one. They promoted the family’s show every week. It was no surprise that she won, which she shouldn’t have. Such BS!!!” wrote a third commenter, to which another commenter replied, “I know Gabby should have won.” The original poster then commented, “Absolutely she should!!! She actually had emotions and didn’t know how to dance.”

“I knew it was fixed weeks ago, shouldn’t have happened,” said a fifth fan.

“Miss Perfect will win, we can already see it. Mark and Charli are the winners of the jury right from the start. What 13 years of dance lessons, who wouldn’t have that,” wrote another commenter.

“Manipulated by Derek for his best friend and handpicked professional dancer, Charli. I’ve never seen a single dance of theirs because I can’t stand Mark,” one viewer wrote, to which another replied, “I agree. My sister knows someone who has competed in Dancing With the Stars and they said that in the first few weeks of the contest they pick the winner and pull everyone else off one by one.”

Many fans lamented that Windey and Chmerkovskiy took second place because they think she showed more growth than someone with less dance experience coming into the season.

“I wanted [Gabby] so bad to win. But she was absolutely amazing! She’s a winner in my books!” wrote one fan.

“[Gabby and Val were] the best of all. Sorry but they got robbed,” wrote a second fan.

A third fan added: “While Charli did great… Gabby deserved better in my opinion. She showed personality and had more growth than Charli I think.”

“Gabby has really grown on me this season. I ended up liking her a lot. She was silly and an excellent dancer. If Charli hadn’t been there, she would have won,” said another fan.

A fan predicted ahead of the finals and the announcement of the winner: “[Gabby will] come as 2. Let’s wait and see. It’s set,” to which another fan replied, “It was set weeks ago…I could have stopped watching but I wanted to see Louis and Cheryl B dance tonight.”

Finally, one fan said that having someone as talented as D’Amelio spoils all the fun.

“Knowing who’s going to win from week one takes the fun out of the competition. Having contestants who are at a higher level makes the show more interesting and not so clear who is going to win,” the fan wrote.

For so many Windey fans out there who think she’s been mugged, there’s also a vocal group of fans who hate that “Dancing With the Stars” keeps casting “Bachelor” nation people, and she think Windey shouldn’t have even been on the show.

“I’m so tired of the Bachelorettes winning, I want everyone but Gabby to win this season!” wrote one fan.

Another added: “So glad Gabby didn’t win. Her voice drove me crazy,” and a third wrote, “She’s fake and thinks she’s God’s gift.”

Many fans also felt that Windey and Chmerkovskiy were overrated in their Redemption Cha Cha.

“[That cha cha] wasn’t 10!” wrote one commenter, to which another viewer replied, “No, not even close,” and a third fan replied, “Yeah, I thought, just thinking about it. I felt like it was stiff.”

“Gabby’s [redemption dance] was not a 10. She was stiff and looked nervous. I liked Shangela and Wayne much better. The outcome was predictable,” said another fan.

“Really tired of hearing about how wonderful Gabby is. She had dance experience. Brady is so good and he worked hard for his points. Gabby’s wasn’t a 10 tonight,” said a fifth fan.

And some viewers just want the “Bachelorette” star to “walk away.”

“Honestly, Gabby thwarted us with two appearances on ‘The Bachelor Nation’ and now ‘Dancing With The Stars.’ She was amazing but not even comparable to Charli!” wrote one fan.

“So glad this show is over for the season. We don’t let Gabby push us all the time. She milked her fame. Go away,” wrote another fan.

Dancing With the Stars returns in 2023 for its 32nd season.