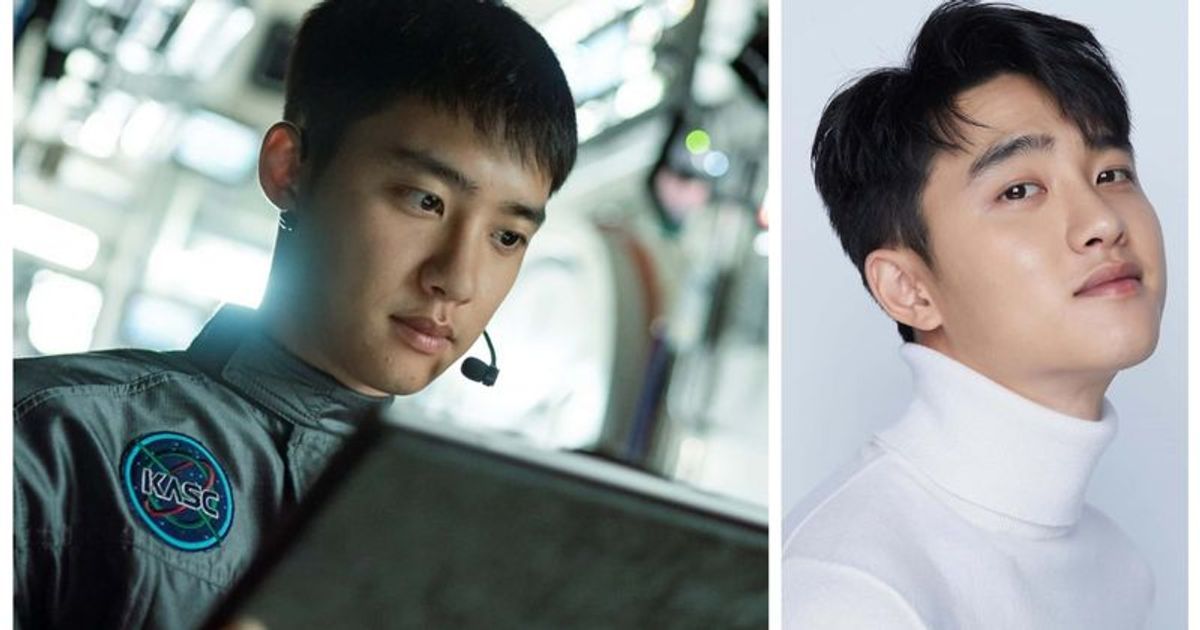 After the filming of the movie ‘The Moon’, behind-the-scenes photos were released showing EXO’s DO appearing in an astronaut suit

EXO’s lead singer DO is known for his dark and sweet voice in the music of the K-pop band, as well as for his own solo music projects that are well received by fans. But it is time to recognize him not only for his outstanding singing but also for his wonderful acting skills. The real name of EXOs DO is Doh Kyung-soo, as he uses for his acting appearances. DO has also starred in various television dramas and films, such as the 2016 K-drama “Pure Love,” which made his debut as a lead actor.

DO was most loved for his role as Crown Prince Lee Yul in the 2018 K-drama “100 Days My Prince”. DO previously worked with director Kim Yong-hwa in the 2017 fantasy film “Along with the Gods: The Two Worlds”. This time, DO is said to have finished shooting. His new film with screenwriter, director and producer Kim Yong-hwa is titled “The Moon” and is thus their second joint project.

On October 13th, CJ ENM announced the completion of filming of their science fiction film, DO of EXO, entitled “The Moon,” which depicts the true story of the man who was left on the moon. The makers of the film told fans that the film is Korea’s first lunar exploration material. The film explores the story of how one man is left alone in space while another man on earth is desperately trying to save him. The film has completed its shooting schedule and will be released in the second half of 2021.

The film stars EXO’s DO as a character who is inspired by Johnny Kim, a Korean-American who became NASA’s first astronaut and is one of the astronauts in charge of the Artemis project, a lunar exploration plan. In addition to DO, the actors Sol Kyung-gu and Kim Hee-ae play the leading roles. Actor Jo Hanchul will play the role of a supporting actor in the film. With no further details of the film known, Kim Yong-hwa directed the film and launched it on his second project with EXO’s DO. made

As soon as the creators published photos showing EXO’s DO in an astronaut suit, fans all over the world had passed out. In response to the tweet with pictures, one fan said, “CANNOT WAIT FOR ACTOR DOH KYUNGSOO !! NO ONE TOUCHING HIM. ”A fan joked with a picture of someone fainting. Another fan said, “Kyungsoo will break a record again, your work is always great and we want you to act. We know you’ve worked very hard, you know we love you and always support you.”

Fans also joked about the way DO has been hinting at this movie since 2015 because of its past starring as an astronaut for an EXO concept photo, saying, “Kyungsoo has been hinting at us with this movie since 2015.” Another fan said: “Since I used to be unable to hyped ASTRONAUT KYUNGSOO in real time, I am definitely enjoying this moment now! Soo happy !! Hopefully we’ll get regular clips while we wait for the whole movie. We look forward to all the promotions we will have soon !! Actorsoo is back! ”Another fan said:“ FIRST PREVIEW OF THE ASTRONAUT KYUNGSOO !!!!!!! I shake OGMTGODDDD. MY HEART!!!!!”