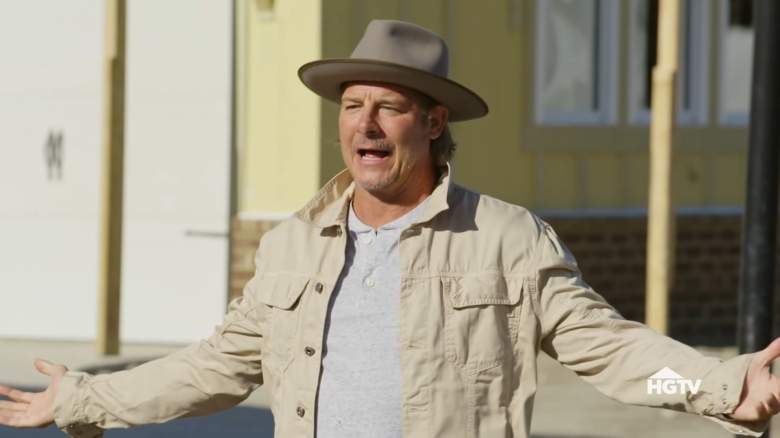 Ty Pennington is very comfortable in front of the camera, having been a model, actor and television show host since the 1980s.

In his latest on-camera work, the Rock the Block host serves as Caesar Slots’ spokesperson in the latest commercial for their gambling app. In the ad, Pennington tries his luck with various superstitions, including walking under a ladder, breaking a mirror, and sitting with a black cat on his lap while playing on the app.

Heavy had a chance to chat with Pennington about this project as well as the upcoming season of “Rock the Block,” and the host shared some of the happy and unhappy moments in his life and career.

When asked about the happiest moment of his life, Ty Pennington told Heavy he had “a few” and shared the story of his first breakthrough in the modeling world after being spotted by a model scout while in art school.

“I’ve always believed in luck, and one of the things about me is if a door opened, I’d just walk through that door,” Pennington told Heavy, “And [after being referred by the modeling scout] I went to this agency and while I was there — you have to understand, this was in the ’80s, I had a rat tail and I had a mullet — the agency said, ‘I’m sorry, who said you can model? ‘ I said, ‘This guy! I swear to god’.”

The agency wasn’t exactly sure what to do with Pennington, but he noticed a Japanese scout in the room pointing at him and laughing, so Pennington asked directly, “‘What’s this guy’s problem?’ and [the agents responded], ‘He is a Japanese boy scout.’ So he came over to me and said ‘You should come to Japan’ and I said ‘Why?’ and he said ‘To make money’ and I said ‘When do we go?’”

Pennington went to Japan to begin his modeling career and he credits this period in his life with opening his eyes to the world and giving him the opportunity to learn about new cultures and travel. He also says that this period made him comfortable performing in front of the camera and in turn allowed others to feel comfortable in front of the camera, which was a driving force behind his successful modeling career.

“I asked this director [once] ‘Why do you keep hiring me?’ They’re like, ‘Oh it’s not you, you make that girl look real good over there when you’re on.’”

Ty Pennington is grateful for the happiness he’s had in his life but acknowledged it’s a two-way street. “With luck you also have to be ready when you get your chance, you have to be able to deliver.” Pennington was able to deliver and although he never made it big as a model he did score big opportunities including the cover of a J.Crew catalogue, which he recently recreated in an Instagram post.

Though luck seemed to be on his side, things quickly went downhill for Pennington after the J.Crew cover.

“Probably two weeks later, I got into a car accident, and just as I was busy with work every day, I was suddenly taken out of the game,” Pennington said. “My brother also left my folder in his car and it was broken into, [and they stole] the only book i had. At that moment I was like, ‘Oh my god, the worst thing that could have happened to my career just happened.’”

Despite this unfortunate turn of events, the HGTV host is happy with the outcome. He ended up quitting modeling (as he believes all male models do eventually) and worked in construction and furniture making until his agency called him with an audition nine years later, which would lead to one of their favorite jobs he’s had throughout his career. Trading Spaces by HGTV.

“So my thing about happiness is that I absolutely believe in happiness. Sometimes when you give something up, you finally get a break,” Pennington said.