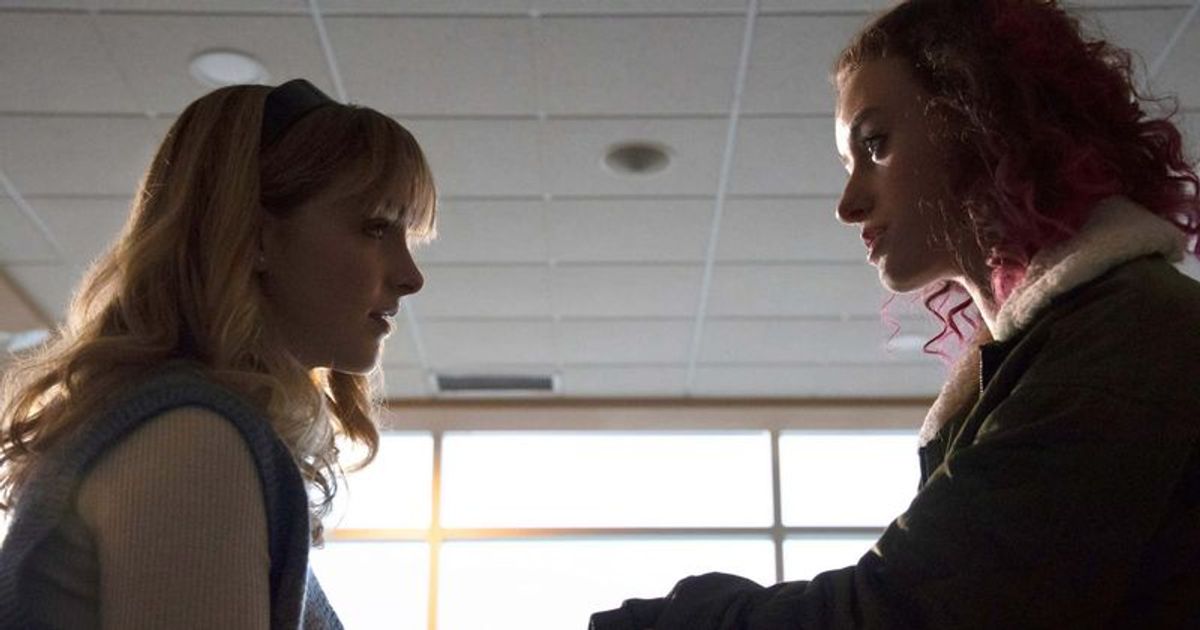 Lifetime is one of the most watched networks in the US and fans eagerly await new titles to be released as they are engaging and fun. In 2018, the network took everyone by storm with the film The Bad Seed, starring Rob Lowe and McKenna Grace in key roles. Although the film received mixed reviews from critics, fans were impressed with Grace’s performance and saw the film in large numbers. The film was released on September 9, 2018 and a total of 1.87 million viewers tuned in to see the premiere, making it one of the most watched premieres in the network’s history. Since then, the film has achieved cult status. So it’s no shock that Lifetime has greenlit a sequel to the 2018 film, called The Bad Seed Returns.

In the sequel, McKenna Grace reprises her role as the evil Emma and wreaks havoc on people’s lives. This time, however, she is not alone and has an equal counterpart in the form of Kat. Well, Kat isn’t evil, but she’s been through so much in her life that she’s hardened and so vulnerable. Kat is played by debutante Ella Dixon, and whatever we’ve seen of her in the trailers, we know she’ll be leaving her mark on viewers when the Lifetime movie is released.

The 16-year-old actor has traveled the world studying acting in places like Paris, Vancouver and Los Angeles. Born in Los Angeles, now based in Vancouver, Dixon starred in a limited series called Two Sentence Horror Stories. Lifetime’s The Bad Seed Returns, which airs September 5, 2022, will be her first feature film and she looks forward to viewers seeing the film. Latestpagenews caught up with Dixon to talk about her career, her beginnings and her co-star McKenna Grace.

Latestpagenews: Congratulations Ella on the release of The Bad Seed Returns, but before we talk about the film we’d like to know more about you. So you’re fairly new to the industry and this is your first Hollywood feature film. So far, how was the journey you took to make it here?

Dixon: It was such a blessing to be able to work on this film. I think in the beginning I was careful to keep that curiosity and that playfulness in me. I just love what I do and I have since I was so little. Performing, acting, and storytelling in general have always brought me so much joy. Being able to do this professionally is therefore a blessing and an honor for me. I’m really looking forward to audiences seeing The Bad Seed Returns.

Latestpagenews: Have you always wanted to pursue acting? When did you first realize that this could be a viable career option?

Dixon: I was about 12 years old and a huge fan of Tatiana Maslany’s “Orphan Black”. I had the chance to meet Tatiana and she was just so lovely and down to earth. That gave me a taste of what professional acting is like. And on top of that, I got to see “Hamilton” on Broadway that weekend. So that was like icing on the cake for me. So it was those two experiences that cemented to me that this is a world that I need to be a part of and that feels like home to me.

Latestpagenews: In The Bad Seed Returns you play Kat in the film. Can you tell us more about your character?

Dixon: So, my character Kat has been through a lot in her life. She is very tough, very resilient and she knows Emma from before. She knows who and what exactly Emma is. As we see her in this film, she’s on a mission and because she’s been through a lot in her life, I think she’s a lot more vulnerable than she lets on. It’s that vulnerability that makes her want to go head-to-head with Emma, ​​and audiences will see how that relationship develops as these two girls go head-to-head.

Latestpagenews: What was your first thought when you heard about your character Kat? And do you think Kat is like you?

Dixon: I think I brought a lot of my own vulnerability into my character. Our director, Louise Archambault, encouraged me to be really, really vulnerable with this character, to the softer side of me, because it’s a universal truth for everyone, especially as an actor, to understand that everything we do as people do, resulting. Bringing that to Kat really helped me understand the character and connect with her better. I would say the vulnerability part is pretty similar for both of us.

Latestpagenews: You work with such a talented all-star cast that includes McKenna Grace? How was your experience working with her?

Dixon: Oh my god, McKenna Grace is amazing. She is such a gifted actress, such a gifted writer and so much fun to hang out with. She certainly helped me raise the bar as my scene partner. Even between takes and off-set, being able to hang out with her and have a laugh with her. There was some occasional heavy hitting throughout the movie so it was such a joy to have those laughs between takes. I remember there was a scene where we had already shot our footage and we were all very tired. The scene had me, McKenna, Marlowe Zimmerman and Gabrielle Bee, we all eat in the cafeteria and they had blueberries I think. They stole each other’s blueberries all day (laughs) and I could hear the laughter because I was across the cafeteria. There was a moment off camera where she had to look at me and we could hear all the girls laughing in the background because they stole the blueberries. It was so hard not to laugh. It was one of the most intense try-not-to-laugh eye contact I’ve ever made with anyone in my life. Moments like this made everything better, and McKenna helped make those moments unforgettable.

Dixon: This theft of blueberries was an amazing moment. We got very close from the start. There was never an awkward phase where we were trying to figure out, like, “Okay, there’s a new person.” We all felt connected from the start and that made filming so much easier. We could go back to our screen rooms and laugh. It never felt like work, we were like teenagers hanging out and having fun making a movie.

Dixon: I’ve been writing since I was very young and it’s been a way of expressing myself aside from acting. I switched to screenwriting about three years ago and fell in love with it. I recently finished a five part miniseries. It hasn’t been produced yet, but hopefully one day we can produce it and the world can see this project. I am very stunned.