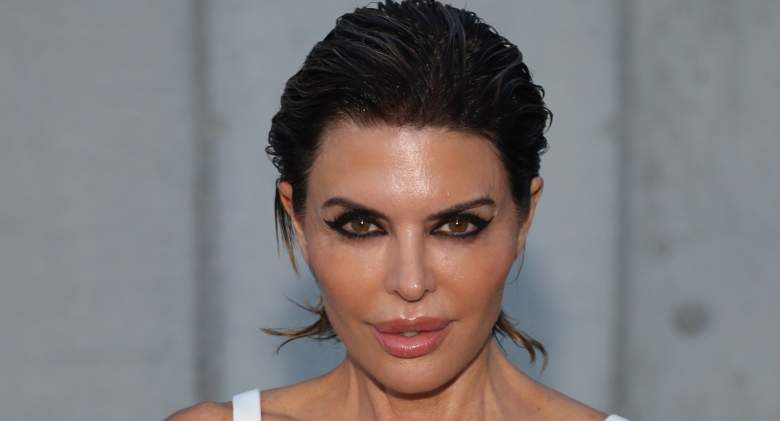 Lisa Rinna will not be attending Bravocon with her RHOBH castmates and we know why.

Rinna has assured fans that she wasn’t fired from “Real Housewives of Beverly Hills,” but when the Bravocon schedule was released, fans noted that she and Diana Jenkins weren’t on the attendance list.

A source explained to Heavy that “she was invited to participate but unfortunately cannot attend due to a previous work commitment.”

Rinna’s future with the franchise was a major debate after she removed any mention of the show from her social media.

“I don’t want anything negative on my grid and since my own children are being threatened as we speak I thought it best to archive it,” Rinna said on her Instagram Story at the time. “It’s over and I have to protect my family now. I will not say or post anything more about the show.”

In a September 2022 interview with Interview Magazine, Rinna was asked if she would return to the show for another season.

In September, Rinna walked in the Priscavera SS23 runway show during New York Fashion Week. On the runway, she wore a tight, floor-length white dress and her hair slicked back.

She spoke to Interview Magazine about her experience.

“I had so much fun,” she told the outlet after the show. “Well, I’ll tell you what, it’s not easy. But there is so much waiting that I stood against this wall for at least an hour. And I was among amazing models who gave me advice without me having to beg. Luke, who was before me, who was a valet a year ago. His first show was Gucci in Hollywood and now he’s at IMG running everything.”

The interviewer then asked if Rinna took anything to eat to relax her for the show.

“Nothing edible, but I wish I had one,” she said. “We told some stories. I said I’m going to pretend I had a tequila, but I didn’t. I wish I had, but I just had to go along with it.”

After revealing that she was inspired by Cindy Crawford, she explains an encounter with a fan.

“I just think at this point, at my age, you just have to f**k do it and be yourself,” she said. “This guy who works for Vogue in Mexico approached me and his wife is a huge fan. So he’s like, ‘Want to say hello to my wife and stuff?’ I said yes.’ He helped me the most. Do you want to know why? Because he took a picture of me during rehearsal. He said: “It’s fine, but you have to relax your face. You look stressed.” So I was very conscious of my body. You hold your stomach, there’s all this stuff. He says, ‘Relax your face.’ When I finally did, I thought it was very helpful.”

CONTINUE READING: Lisa Rinna thinks it paid off to be the RHOBH villain