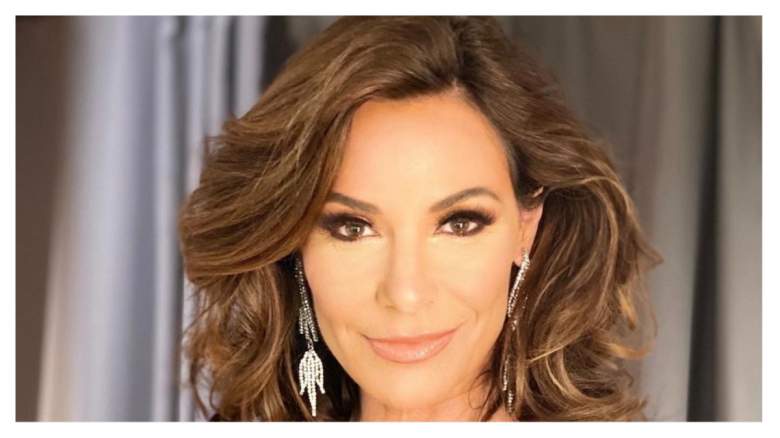 Ladies and gentlemen, this is the Countess speaking!

Though The Real Housewives of New York isn’t back on the air just yet, Heavy recently caught up with star Luann de Lesseps to find out all about what she’s been up to over the past few months. Lesseps has revealed all about her cabaret show tour, where she’s on a journey of sobriety, and even told us what she really thinks about Sonja Morgan’s comedy shows. She was cool, not just uncool.

“I was on the West Coast with my brand new show,” Lesseps told Heavy. “I have a new director, Richard Alexander…I mean, he’s an icon in the industry and I’m so happy to be working with him. I put together a show of basically the songs that I love to sing and that my fans love to know. Of course I’m doing some Broadway, and I kind of turn them on their heads and make them my own. I have a lot of fun with it.”

Lesseps has been hard at work in rehearsals for the past six weeks, citing “amazing reviews” from both her audience and Bravo fans.

“It’s a mix of fashion show, cabaret, storytelling and music,” Lesseps said of her Countess Cabaret show. “It’s just a fun, fun time. it’s a party I’m doing a Q&A with my audience, so we’re going to talk all about “housewives.” You will see the new song “F-Bombs on the G (With The OG’s)” that we included in the show. It’s action packed, it’s fun. You are basically in my living room to sit and enjoy yourself.”

While speaking to Heavy, Lesseps also revealed that her non-alcoholic Fosé Rosé will be available for sale at her upcoming Los Angeles shows. Lesseps launched the brand during the pandemic with her daughter, Victoria de Lesseps, as an alternative to alcohol as she became sober in recent years, a journey viewers on The Real Housewives of New York saw to go through.

“I’m so thankful to be sober and take it one day at a time because, you know, it’s a struggle for everyone out there dealing with sobriety,” Lesseps explained. “Especially summer is coming and everyone is drinking, but you know, I’m really happy that people love the fosé.”

As viewers have seen on previous seasons of The Real Housewives of New York, cabaret can be a touchy subject between Lesseps and her co-star Sonja Morgan. Morgan is also currently touring with her own show called Sonja In Your City, and Lesseps has nothing but love for her longtime friend.

“I’m very supportive of them,” Lesseps told Heavy. “I just wish her the best with it. And you know, it’s not a cabaret, so it has nothing to do with my show. She does comedy and stuff. I hope she enjoys it and has a good time with it and I just wish her every success.”

The Real Housewives of New York is set to return next year.