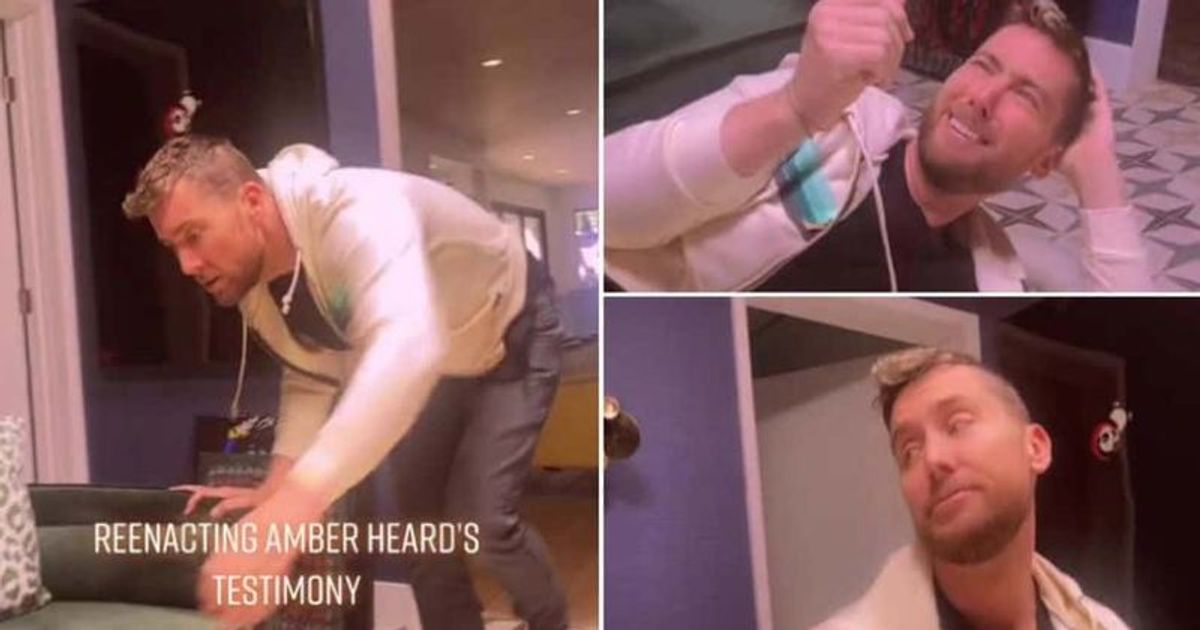 While some netizens supported Bass’s “hilarious” video, some criticized him for not being sensitive to Heard and other abuse victims

It seems like singer Lance Bass has a bright future in acting. The former NSYNC member, 43, took to TikTok on Monday, May 16, 2022 and recreated and posted part of Amber Heard’s testimony amid her ongoing court battle with ex-husband Johnny Depp on the platform. Bass stunned fans with his acting skills, and his fans enjoyed the cartoonish reenactment of the former boy band singer.

Almost everyone seems to be following the Johnny Depp and Amber Heard defamation trial, which has thrown the spotlight on the actors’ relationship and sparked discussions about domestic violence, mental health and more. With more and more TikToks popping up about the situation, Bass’ video hyped the trend even more. In the video, people can hear Heard’s voiceover as Bass stumbles into a room, sits on a sofa, and rolls on the carpet while someone off-screen throws some leaves at him.

The internet is split in half over Bass’ viral video. While some netizens supported him for the hilarious video, some slammed him for not being sensitive towards Heard and victims of domestic violence. Speaking of which, one person on Twitter wrote: “Fuck Lance Bass and fuck anyone who thinks lip syncing with a victim’s description of abuse is kinda funny. Please block me if this is you because I don’t need any more morally bankrupt trolls in my life when the universe is already forcing me to.”

Another person wrote: “Lance Bass posted a tiktok mocking Amber Heard’s statement. Scores of white women are making videos with audio of her talking about being sexually assaulted and the “idk what you call that assault, I call that hot” bullsh*t. I’m bloody exhausted man.”

A few users supported the singer, with one person tweeting, “Lance Bass is even hotter now than he was 25 years ago, how does he do it?” Another said, “Lance Bass is and always has been a legend.🤷‍♀️.” A Person tweeted, “This is hilarious! He was always my favorite. Though honestly I was a Backstreet Boy fan. Lance Bass still gets big points for it.”

Another said: “God I love Lance ❤️,” while another wrote: “Pk…when someone famous makes fun of the process everyone riots about it…but Joe Shmoe can do it any day and nobody bats an eye.” ? Please! She wasn’t abused, she’s a terrible actress and she’s a terrible person.”