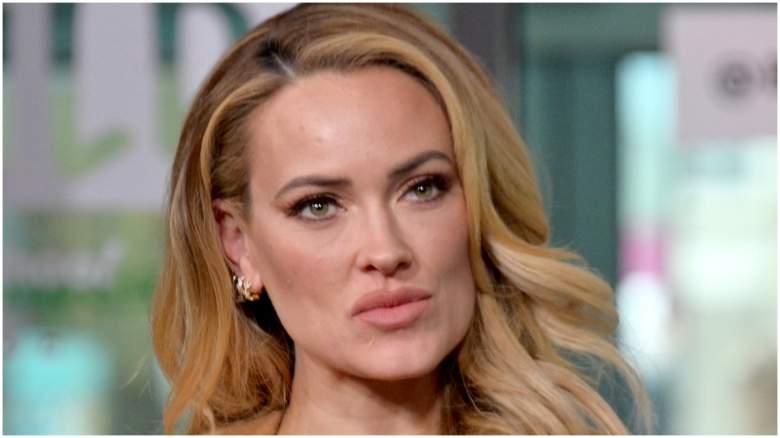 Former “Dancing With the Stars” professional dancer Peta Murgatroyd shared a message with fans publicly asking them for photos during an Instagram question-and-answer session.

A fan asked if Murgatroyd was okay when they asked her for photos when they see her in public.

“I’m super chilled about stuff like this…but I’m not cool when it comes to my son,” she wrote on Instagram. “He doesn’t take pictures, like in … we don’t want him in photos, so please don’t ask.”

Murgatroyd and Maksim Chmerkovskiy have a son, Shai Aleksander Chmerkovskiy, whom they welcomed in January 2017.

During the question-and-answer session, Murgatroyd shared that she was ready to have a second child.

When a fan asked, “More babies?!” Murgatroyd replied, “We’re working on it 🙂 In fact, we were just working on it lol… No seriously, you’ll all be getting info on our family soon.”

She later shared a video on her Instagram Stories sponsored by the Modern Fertility company. Fans have noted in the past that a company-sponsored pro will often announce a pregnancy in the coming weeks or months.

One fan asked if Murgatroyd was “dying” for “Dancing With the Stars” pro dancers Val Chmerkovskiy and Jenna Johnson to have a baby.

“Yessssss OMG they would make beautiful babies @jennajohnson @valentin….. and Shai needs a cousin,” she wrote in response to the question.

Johnson and Val have been married since April 2019.

“This day could not have been more beautiful!” Murgatroyd wrote on Instagram on June 8, 2022. “@Sharnaburgess was showered in the most perfect way. The morning was really magical with a ladies lunch and then we ended the chaos with all the families and kids that came to participate.”

She added: “I couldn’t be happier for you my love, you and @brianaustingreen are soul mates and this little boy is destined to be great with you both as his parents. I felt so honored to be a part of your special day. We have waited so long for this day.”

In a group of Instagram Stories, Murgatroyd shared photos of her son having his hair cut and styled into a shorter style. She said she and her son were both “over” the long hair after working on it for 20 minutes a night.

She added that she had to defend her son from people telling her not to have long hair because he’s a boy. She wanted her followers to know that those people had nothing to do with his hair being cut.

“Please note that this decision was not made to please the long hair/girl hair haters here. He made the decision himself when he was ready,” she said.

She also took the time to share some parenting tips.

“How do I deal with parenting differences (what do you do?)” she asked one person.

She added: “You have to go into the bedroom, close the door behind you and NOT work it out in front of the kids. They should just see that their parents are united.”