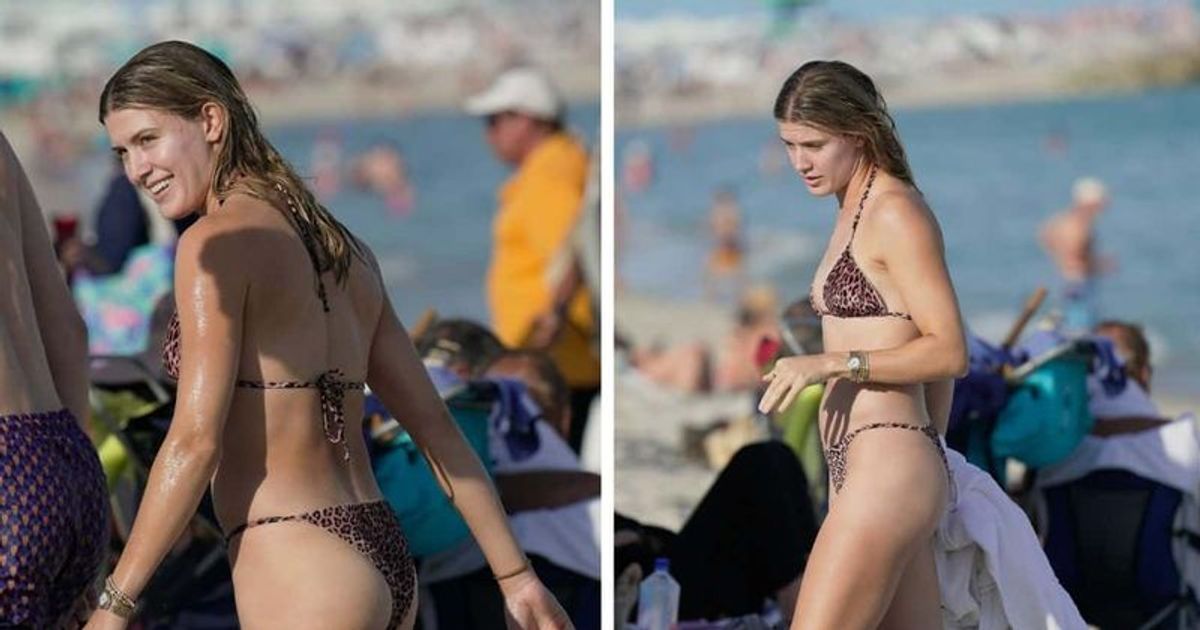 MIAMI, FLORIDA: Canadian tennis star Eugenie Bouchard has had a rough year professionally, which has to do with her loss of form and drop in rankings. The former Wimbledon finalist is now outside the top 300 and to salt her wounds, she couldn’t get past the Australian Open qualifying rounds to get into the peloton. Bouchard had lost 3-6, 6-1, 4-6 to rising 18-year-old American youngster Ashlyn Krueger in the first round of qualifying.

That didn’t keep Bouchard happy, however. The Sun reported that the sporty beauty was spotted in a tiny leopard skin bikini as she enjoyed a cool, low-key day on Miami Beach. The athlete was jetted back to the US shortly after retiring from the first Grand Slam of the year and was spotted smiling and enjoying a gala time in the sun. She is currently ranked 327 in the WTA rankings.

The 28-year-old tennis pro completed her beach-ready look with her blonde locks that flowed naturally and was photographed with her hair damp from the water. Her claim to fame may be the 2014 Wimbledon final, but Bouchard had actually won the tournament once before – in the junior women’s category in 2012. 2014 is considered to be the best year of her career, with Bouchard a fixture in the penultimate round the grand slams. She had reached the semi-finals of the Australian Open and Roland Garros earlier this year ahead of her Wimbledon run.

Bouchard won one WTA title – the Nuremberg Cup in 2014. She has also finished second in seven other tournaments since then. Since then, she has been plagued by injuries that have tarnished her career.

Bouchard had spoken about her return to the tennis world. “I really didn’t want to quit even though I went through rehab and PT and you have these thoughts about why I’m doing this but it was never a real thought and I always knew I wanted to come back,” she told Ubitennis.

Bouchard has also spoken of keeping a thick skin against haters and negativity, as many have accused her of a lack of focus in recent years. In an interview with The Telegraph, she said: “I think everyone cares what people think of them, so it would be a lie to say, ‘I don’t care about them at all’… Obviously I care as much as anyone Others try to take it as a compliment too, because it means you did something, stood up for something, and created enough emotion for them to engage with you.”