Erin Napier Says She Doesn’t Play Well With Her Girls: ‘I’m Sad About It’ 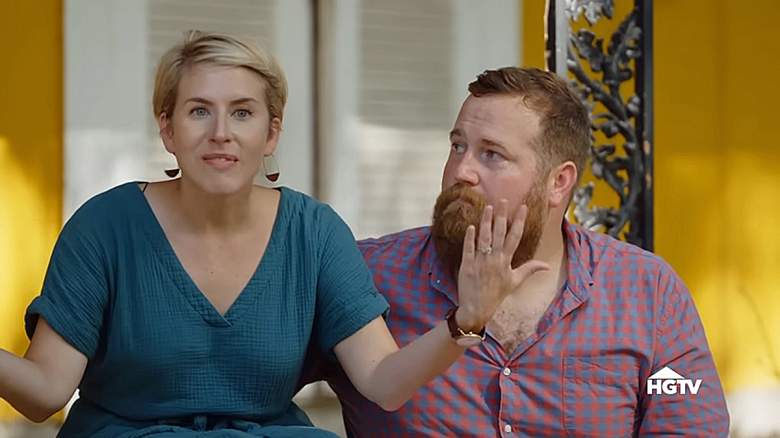 Life in the home of Erin and Ben Napier isn’t always quite as blissful as the “hometown” scene makes it out to be when they are raising two busy, brave and imaginative little girls. In a new interview, the HGTV stars opened up about some of the unexpected challenges they’ve faced as relatively new parents, from sibling rivalry to playtime. Here’s the recap of what the Napiers shared…

In a newly released video interview with US Weekly correspondent Christina Garibaldi, the Napiers gave a glimpse of what it’s been like at home with their daughters, four-year-old Helen and 16-month-old Mae.

Taken on Sept. 16, 2022, while the Napiers were renovating their local Salvation Army shelter, the HGTV stars said they’ve adjusted pretty well to raising two kids, but that it can be a bit messy at times.

When asked how Helen is adjusting to her little sister getting bigger, Ben said, “She’s an incredibly big sister, but we still have some jealousy.”

“We try to share toys and it’s very difficult,” Erin added. “They start playing together and that’s exciting because Mae is almost a year and a half and she wants to say and do things and take things from her sister. So they have fun and play together, but they’re also a little jealous of toys.”

Ben further explained, “If one of them is on Mommy’s lap, the other one goes right there!”

And while Helen can share her frustration, the parents admitted little Mae sometimes tries to get her way physically.

“Mae will bite Helen and nobody else!” Erin exclaimed.

“Yeah, she won’t bite anyone else, but she will bite her sister,” Ben said while Erin laughed. “Which isn’t good, but…”

In their US Weekly interview, the Napiers admitted they don’t miss their girls being newborns. In fact, they prefer the so-called “terrible twos”.

“Nah,” agreed Ben, “everyone talks about the awful twos. We loved two with Helen.”

They found the period from nine to 14 months the hardest for both girls.

“It was the hardest thing in the world,” Ben admitted.

“They want to walk, they want to talk, but they just can’t do it the way they want to,” Erin said. “They are very frustrated all the time. We love… toddlerhood was great. I love having toddlers.”

The couple shared that they each have their own parenting strengths; They said Ben is great at playing like a big kid while Erin is better at teaching.

“He’s playing extremely well,” she said. “He gets on the ground and makes up games with the toy horses and they go outside and go fishing. And I like teaching Helen how to cook, show them how to paint, show them how to draw.”

Ben tried to explain why he thinks he’s more inclined to engage in imaginative play with the girls than his wife.

“Erin is the youngest on both sides of her family,” he said. “After Erin, no other baby was born until Jim and Mallorie had Lucy,” Ben said, referring to Erin’s cousin Jim and his wife – Erin’s best friend Mallorie. “So Erin didn’t spend much time with young kids.”

“I haven’t spent much time with children. I really haven’t,” she agreed.

Meanwhile, Ben said he spent a lot of time with younger siblings, cousins, his nephew and with the children at his church while he was a youth ministry. He eventually left that job to pursue woodworking and renovations, but both agreed that he’s a big kid at heart.

“You’re like an expert at the game,” she said.