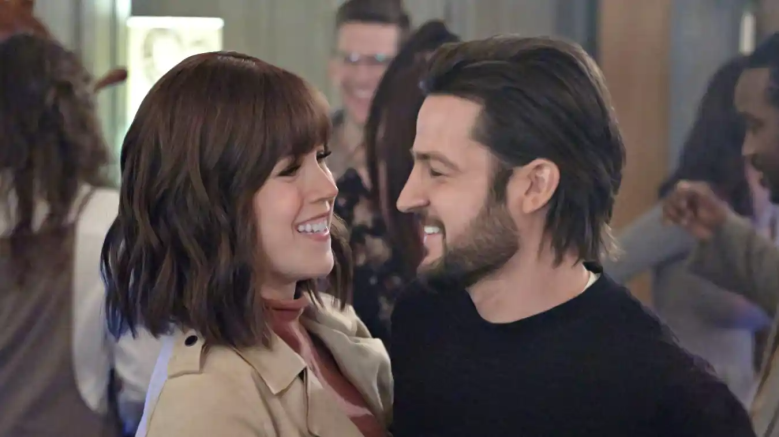 Erin Krakow recently posted a tribute to Tyler Hynes on Instagram, which included references to “It Was Always You” and the possibility of doing another film with Hynes. Hynes and Krakow fans are hoping the two Hallmark stars will be back together in a movie soon.

The emojis in her post referred to “peanut butter cake,” which is a nod to her popular movie It Was Always You. She ended the comment with a movie frame emoji.

Of course, the stars’ followers and friends chimed in, commenting how much they would like to see the two actors together in another film soon. Others also pointed out that they’re still hoping for a sequel to It Was Always You.

The @sdrt_seven_loves account wrote: “Don’t tease us like that. Was hoping for an announcement yesterday on my birthday that a new 🎥 was in the works. Come on guys, it’s not nice to tease a bull (that’s Tahler 😂).”

Hallmarkbliss replied, “You guys trying to break the internet with this?! 😏👏🏼🙌🏼.”

Hollypeterson1206 replied, “My year would literally be better if we had a sequel…”

Ceceliab77 wrote: “Yes!!! Please make another movie, another series or even a sequel… #IWAY2Forever💕💕”

Anneecarroll50 wrote: “Yes, let’s see you two together in another film. This time including chopping wood. You brought a lot of joy to many people. Happy Birthday.”

This isn’t the first time fans have hoped the two stars are hinting at a sequel. Kraków shared a photo of the two chatting on FaceTime in August, and fans were hoping it could lead to sequel news. The FaceTime followed an unexpected FaceTime Hynes did to Kraków while being interviewed live at RomaDrama Live’s event in Tennessee.

In August 2021, a fan asked if there was any news about a sequel. Kraków replied: “Thanks for asking! No plans yet – but if you’re interested I recommend reaching out to @hallmarkchannel.” She also said she would be interested in starring in another film with Hynes.