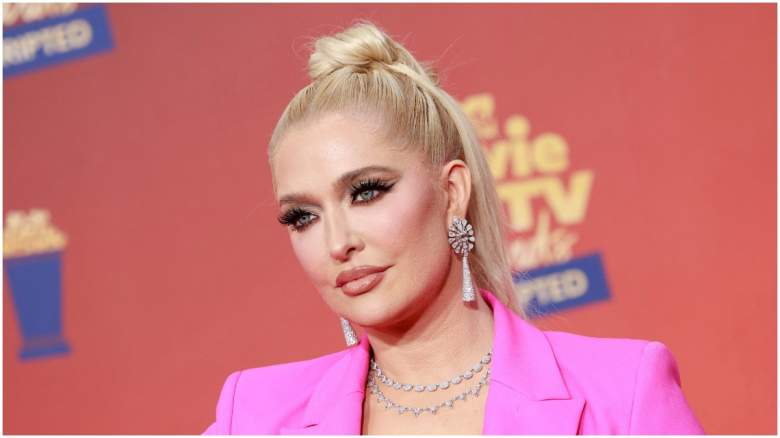 Erika Jayne recently took a trip down memory lane when the Real Housewives of Beverly Hills star posted a photo on Instagram from one of her music videos from a few years ago. The photo was a still from Jayne’s video for her single “XXPEN$IVE,” which was released in 2017.

Jayne took the photo Show day. While many of the singer’s fans showered her with heart and flame emojis in the comments, the photo also drew a lot of criticism and negative comments from others, who called the star a “mess.” Here is the picture:

Many fans commented on Jayne’s photo, with several referencing Jayne’s debut album Pretty Mess and calling the RHOBH star a “mess.” One person wrote in the comments, “You’re a mess alright!” Another person agreed, “a mess time.” Someone else said, “You got the mess right.”

Some of the other comments referred to Jayne doing the splits in the photo as they slammed the singer saying she was too old for the pose. “Help, I fell and I can’t get up,” someone trolled the singer. Another person said, “Someone is ringing life alert.” Another said, “At the nursing home.” Someone wrote, “Dude… you’re going to break a hip.”

However, a few people praised its flexibility, with one person writing: “I couldn’t get back up! That’s some serious splits!” Another wrote: “God at your age you should break your hip doing this shit. Well done, you look great.”

Quite a few fans commented on the photo, saying they thought one of Jayne’s backup dancers was her co-star Dorit Kemsley. “[I] thought it was dorit, teddi and lisa in the background”, laughed one. Someone said, “I thought that was @doritkemsley on the left.” Another said, “For a hot minute I thought the girl on the left was @doritkemsley.”

Jayne’s debut album Pretty Mess was released in 2009, and the singer has since had several hits, including 2017’s XXPEN$IVE. In an interview with E! News in May 2022, Jayne spilled that she has new music in the works.

The Bravo star said she has recorded a couple of new songs which will be released at an unspecified time in the future. “I was in the studio over the weekend, so it’s coming,” she said. “I actually recorded and then hopped on a plane to get here. It happens!”

Jayne said it was more than a song, describing the new music as “the same sassy old Erika Jayne.” The Bravo star, who has been through some major legal troubles, told the publication: “I think the last two years have been the inspiration. If you’re not inspired by this catastrophe, you should probably stop.”