Episode 4 of The Lord of the Rings: The Rings of Power: Fans get excited after Adar’s intro and say he exudes “Psycho” villain vibes 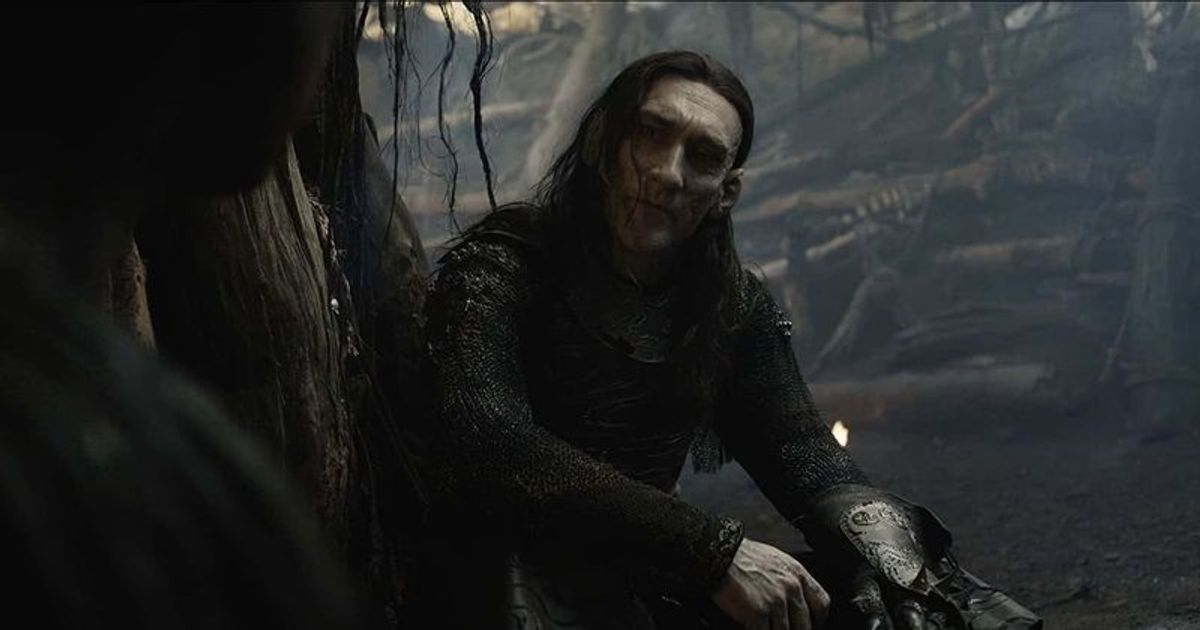 After a long wait of four episodes we finally got our first look at Adar and it was exactly how we envisioned it. In Episode 3 of The Lord of the Rings: The Rings of Power we found out that the orc pack was led by someone named Adar and they called him “Father”. At the end of the previous episode, we saw that Arondir and one of his friends tried to escape from the orcs’ captivity, but didn’t succeed. The escape plan ended with Arondir’s (Ismael Cruz Cordova) friend being killed by multiple arrows. When they brought Arondir back to their camp, one of the orcs said to be introduced to Adar.

In the latest installment we finally get to meet Adar for the first time and it seems he’s undoubtedly a father figure to the orcs. He sees one of his orcs in great distress as the creature is about to lose its life. Before it could feel any pain, Adar stabbed the orc, killing him himself. The corpse was taken out while Adar stayed inside and conversed with Arondir. Adar asked about elf/human where he was born in the elven tongue and kept the conversation going. Arondir asked Adar why the orcs call him ‘Father’, to which Adar replies, ‘You have been fed many lies. Some are so deep that even the rocks and roots believe them now.”

Adar threatened Arondir in a terrifying manner, saying that in order to unravel all these lies a new world must be created and that is something only gods could do and he is not yet a god. Not in the mood to play games, the evil villain told Arondir to go to the men in the old watchtower and deliver a message. He lets Arondir go.

In the final moments of the episode, Arondir tells Bronwyn that the people of her village can survive if they give up all claims to this land, and if they refuse, a whole army of orcs will come to East Iris. The introduction of Adar was amazing and it looks like fans felt the same way. Fans couldn’t contain their excitement about the new character and shared their opinions on social media.

Some of the fans noted that Adar is a psycho villain, while others believed that such a new character would be introduced. One fan wrote: “This is how you introduce a villain. The mystery continues with Adar!” Another fan wrote, “Adar… already feeling a vibe of this type of villain that you can’t predict… the one is calm and smiling in a second and 0.1 second later he cuts you that eye off. Slightly psycho.”

“Fascinating revelation for Adar!” tweeted another. “Also I definitely think I’ll enjoy this Adar guy, he’s a little killer,” wrote another social media user. “Adar’s entire PRESENCE in this episode is such a brain melter. I have a feeling we’re getting a handful of important clues, but they’re holding back those that will really connect the dots and demystify the mystery. or they challenge us to find them. and that’s just… *chef’s kiss*,” wrote another fan.

Adar seems ready for battle, but Numenor has finally learned that they are in danger and must do something before the orcs take the Southlands. So, all the main players are on the move now and it seems like the war is ahead.

The Lord of the Rings: The Rings of Power returns to Amazon Prime Video every Friday with a new episode.