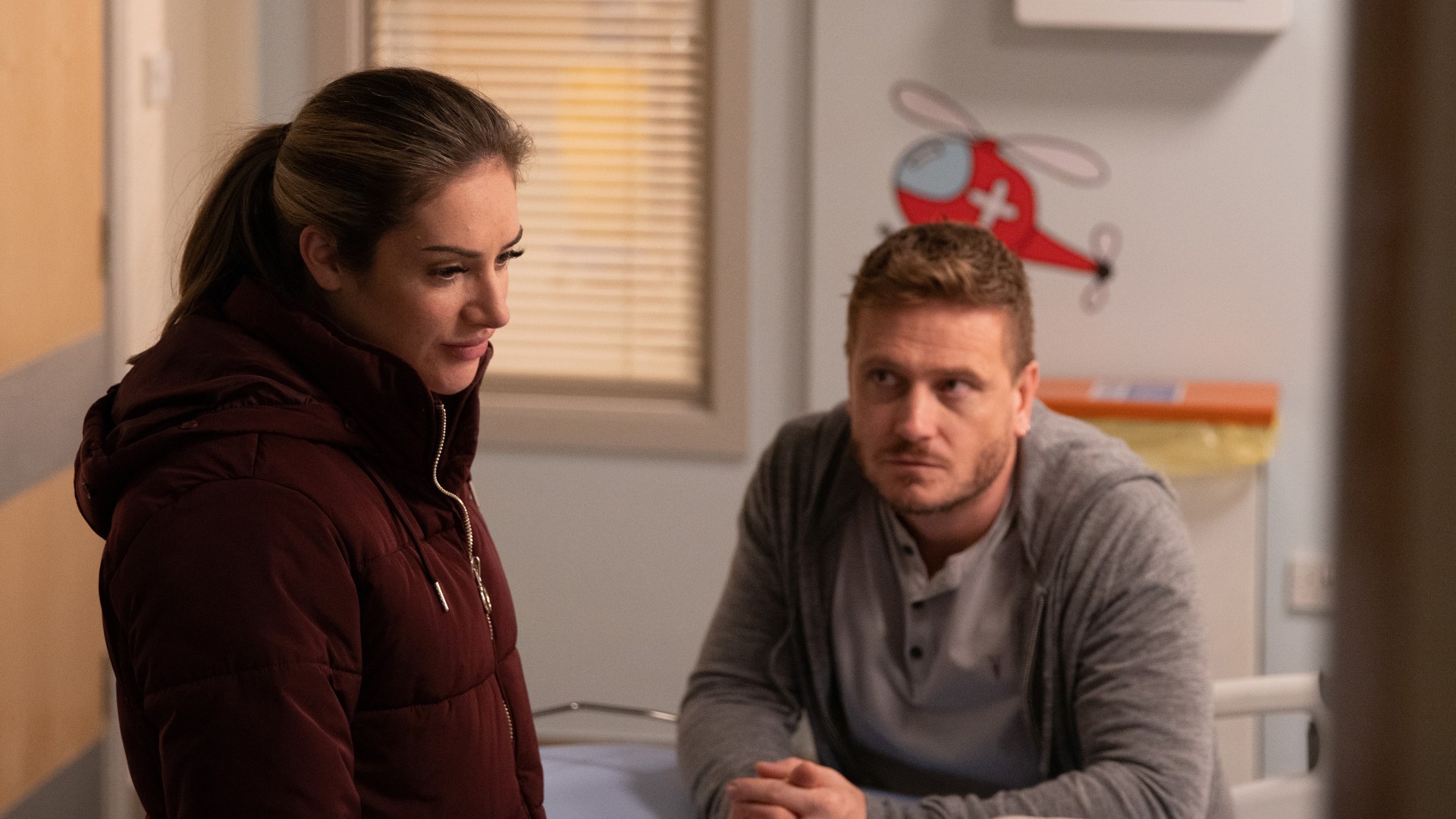 EMMERDALE viewers are disgusted with David Metcalfe after he left two toddlers to injure themselves.

The shopkeeper – who is played by actor Matthew Wolfenden in the ITV soap – has been furious at his selfish behavior for weeks.

In tonight’s episode, he went too far when he ignored his own young son and stepson and chose to leave them alone while he opened up shop.

David just left the baby monitor on while he worked, ignoring the two boys and preferring to sell milk rather than look after them.

But when Wendy walked in and struck up a conversation, Theo strolled into the store.

“I’ll be right through.”

A horrified Wendy asked, “You left him alone?”

But when David tried to insist that everything was fine because he was dating little stepbrother Harry, they were interrupted by a scream and a crash.

As they charged backwards, they found Theo injured after falling and hitting his head.

Wendy rushed to her grandson and said, “Harry darling, are you alright? Let Nanna check it out.

“He has a bump. Harry, how are you feeling honey? Are you not feeling well?”

But when she realized how serious it was, she turned to David and angrily demanded answers: “David, what have you done by leaving her alone?

“Look, you have to take him to the hospital now. You need to focus on Harry and make sure he’s okay. I’ll let Victoria know what happened.”

Wendy told Victoria and she rushed to the hospital, running a red light on the way – but unfortunately she was pulled over by the police.

Victoria quickly accepted six points on her driver’s license and a fine, and came to the hospital to find Harry being taken for a CT scan.

And she has no idea that David pinned her with his own driving points, which means she’ll lose her driver’s license because of him.

Viewers are disgusted with David for leaving Harry and Theo to hurt themselves.

Another added: “Why would you leave two young children alone in the first place? Dim David is getting worse ughhh #Emmerdale.”