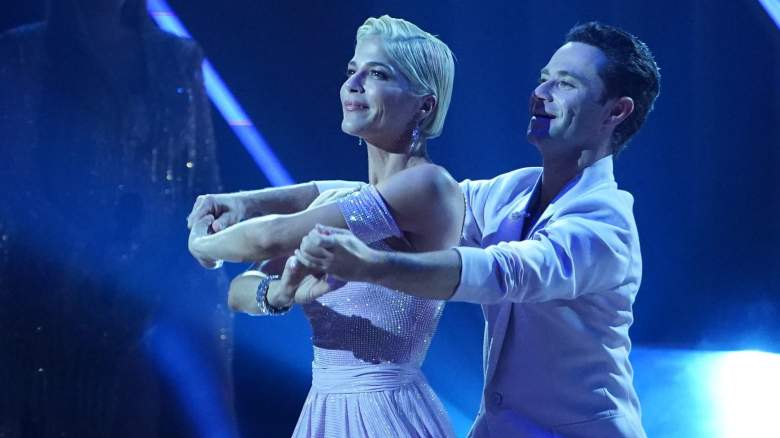 Professional dancers Emma Slater and Sasha Farber of “Dancing With the Stars” have been married for four years, although the couple reportedly recently called it quits.

However, they still work together as they are both part of the 31st season of “Dancing With the Stars”. During the season, Farber works with actress Selma Blair and Slater works with Trevor Donovan.

Blair joined “Dancing With the Stars” after getting her doctors’ approval amid her MS battles, and she and Farber performed a Viennese waltz during the premiere.

Slater opened up to reporters after the season premiere, according to Us Weekly, and shared that she cried during Farber and Blair’s performance.

“[My face] shed tears,” she shared. “It’s just something that’s so indescribable. And to look at her and say she’s an inspiration is an understatement. She is just magical to me.”

She added: “Appearing on ‘Dancing With the Stars’ [while] fight with [multiple sclerosis], she’s also absolutely gorgeous while she’s doing it. Look, she’s actually living out her fear. And I know it took a lot of courage. I can’t imagine what a true inspiration she is to so many people.”

Slater shared that she feels “blessed” that Blair is on the show.

“Love to @sashafarber1 and my amazing crew,” Blair wrote on Instagram.

“Where do I even begin, last night [Blair] took her first dance on the dance floor,” he wrote. “Every day we are faced with challenges in our own personal lives, be they physical or emotional, but the aim of the game is to believe in yourself and always trust that everything will be fine.”

He added, “[Selma Blair]you are the true definition of it, you inspired me to the next level and i’m sure everyone is watching, i’m so proud of you and all the obstacles you’ve overcome and i’m so excited to be a part of these travel with you.”

Slater also commented on the post, writing, “This was amazing. So inspiring.”