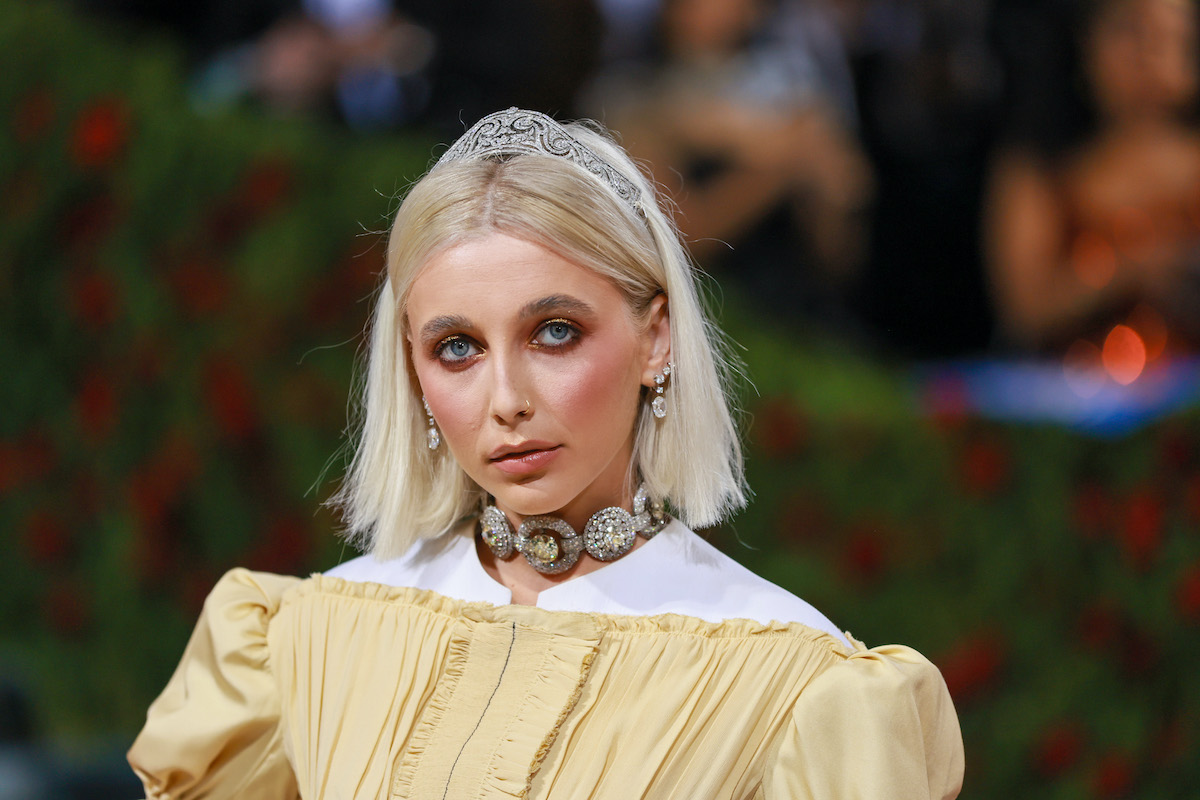 Fan-favorite internet personality Emma Chamberlain has amassed well over 11 million subscribers since she first launched on YouTube in 2016. Since then, she’s become a social media celebrity thanks to her funny and relatable vlog-style videos.

This has paved the way for Chamberlain, who was chosen as an on-camera interviewer at Vogue’s 2022 Met Gala, to some lucrative opportunities, in addition to gracing the covers of major American magazines such as Cosmopolitan and Forbes.

Thanks to her continued success, Chamberlain was recently able to move into her dream home in Beverly Hills after months of extensive renovations – an investment that has cost her millions.

At just 21, Chamberlain has already moved into her dream home: a stylish home where alpine ski lodge meets boho chic in the Beverly Hills Post Office neighborhood of Los Angeles.

She sold her starter home — a $3.9 million modern oasis in West Hollywood — in favor of living in a “more laid-back area” of town in 2021 and has since renovated her new place, per The Dirt.

Chamberlain has been documenting some of the renovation progress on social media, and now, after months of waiting, fans have finally gotten a peek inside her eccentric 1950s home. The internet personality showed off her new digs during a September interview and video tour with Architectural Digest, which Chamberlain himself described as “woody, cabin in Lake Tahoe.”

Chamberlain Coffee’s CEO’s eccentric new home was first built in 1955 and has since undergone several major upgrades. Designed in collaboration with Ashley Drost and Marie Trohman of Proem Studio, the space consists of 4,465 square feet of stylishly renovated space. Almost every inch of the home is filled with natural light and features exposed wood beam ceilings and large skylights.

The property, which sits on .56 acres, also overlooks the Hollywood Hills, which you can enjoy from the home’s spacious backyard. Chamberlain’s outdoor space includes elegant elements like a waterfall and plunge pool, but also some quirky elements like a permanent beer pong table.

With a space this impressive, it’s to be expected that Chamberlain’s new estate had an even more impressive price tag: $4.3 million. Not that Chamberlain would be thrown back; The YouTube star’s net worth is estimated to be over $12 million per Celebrity Net Worth.

But in addition to the multi-million dollar listing cost, the home required several major updates. During her tour with Architectural Digest, the Everything goes The podcast host revealed that some of the rooms were so dated they felt “haunted” and almost uninhabitable, to the point where she almost passed on the property.

One of those areas was her pool bathroom, which was “completely inspired by the feel of being in a sailboat.” She explained that one feature in particular – the former sauna room – needed more attention.

She explained that there was something inexplicably “scary” and “rotting” about the sauna, now a designated room for the toilet. “But we turned this room into one of my favorite bathrooms in the house, and I just think it’s so beautiful,” Chamberlain added.

Another of the most significant changes Chamberlain made to her home is the kitchen, which incorporates stunning marble countertops with mint green cabinets. She also chose to give up one of the home’s original five bedrooms to convert it into a walk-in closet, complete with a professional vanity that’s perfect for dressing up in glam.

In creating their idyllic, mid-century modern retreat, the social media star’s designers remodeled the space and filled it with furniture that Chamberlain says is “a mix of things I love from all eras.”

“I work from home, so I wanted to create something very personal and comfortable,” she told the publication.

The cozy sofas and use of earthy materials, including cork and raw copper, give the home a relaxed energy while still offering statement pieces. These include several paintings by her father, Michael Chamberlain, which hang in the house.

“I’m a mood board guy. I’ve scoured every corner of the internet, every weird, deep hole on Pinterest,” she continued. “I find inspiration for the home everywhere, as well as for fashion. In my head everything is one.”

RELATED: Emma Chamberlain said the Met Gala was like the prom she never went to