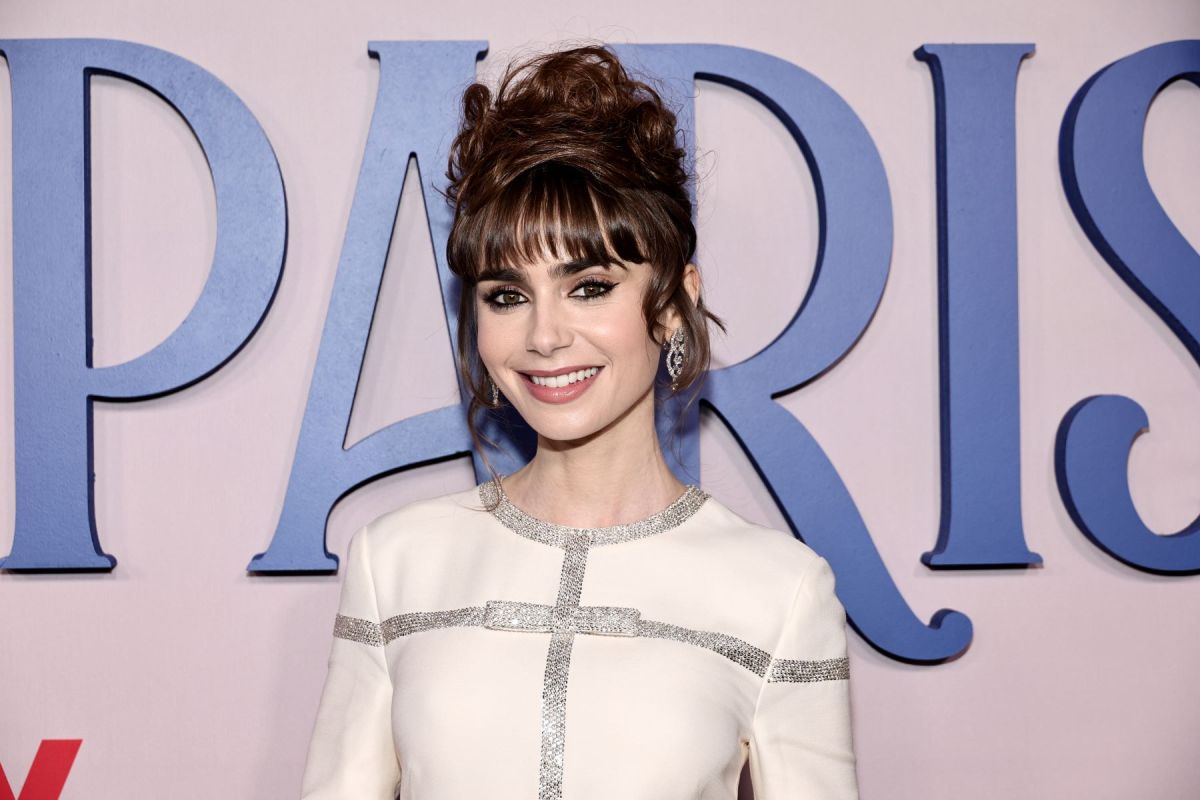 Emily in Paris Continues to amaze with its growing fan base and impressive streaming numbers. The third season of the controversial show hit Netflix on December 21, 2022, and fans can’t wait for the next one. The characters in the series went through several sea changes, with the protagonist losing her job and getting it back, finding love, then losing it, and cutting her hair in front of her mirror on a whim. So, did Lily Collins really cut her bangs in Season 3?

Season 3 took Emily on a wild roller coaster ride. For starters, her inability to make career decisions has left her out of a job after she was caught vacillating between Sylvie’s Agence Grateau and Madeline’s Savoir.

Second, Alfie returned to Paris and didn’t tell her for a while. Although they reunited, he broke up with her again after Camille revealed her agreement to date Gabriel. An optimist, Emily has faced life’s trials in good faith, even embracing unemployment.

However, we all have our breaking points; For Emily, the change she needed came through a haircut. In one episode, Emily has a nervous breakdown, grabs scissors and ends up cutting her hair, resulting in a hair faux pas.

Emily tries to convince herself and others that cutting her hair is the best decision, telling herself in front of the mirror that it’s a Parisian thing. However, Mindy calls Emily’s new hairstyle “trauma bangs” because she cut her hair at a tumultuous point in her life.

Lily Collins’ hair was not a major part of the storyline for the most part, and while she occasionally wore accessories, it never came up in the conversation. For most of the series, the star had darker hair, but in season three her character sees much lighter hair with gorgeous bangs.

Contrary to what the show claims, Collins didn’t cut his hair while drunk. In fact, she went to a renowned hairstylist, Gregory Russell, who gave the star her first bangs and documented every minute of the process.

Collins wrote on Instagram: “Not exactly trauma bangs. Unlike Emily, I didn’t cut her myself.” In Conversation With Good morning AmericaCollins revealed that the hairstyle was an intentional choice on her part.

“You know, it was actually a life choice that I made last year while promoting season 2. I’ve always wanted them, but it takes a lot to take the plunge,” she told the hosts. The actor shared that after she got the hairdo, she begged show creator Darren Star and director Andrew Fleming to let her keep it because “Emily needs a little French shift.”

Collins said the showrunners allowed her to keep the bangs and decided to work them into the storyline, letting Emily cut them herself on a whim. Emily’s homemade haircut is messy and ragged, but the strands of hair she cuts are part of a wig that was used in place of Collin’s real hair to give her character the freedom of the cut that she needs.

Netflix twice renewed Emily in Paris in January 2022 and production for the third season began in June. Season 4 is currently in development but there has been no information as to when it will return.

However, according to Variety, seasons 3 and 4 were filmed back-to-back, meaning the show may return earlier than the usual holiday season, with most of the cast, including Alfie, set to return.