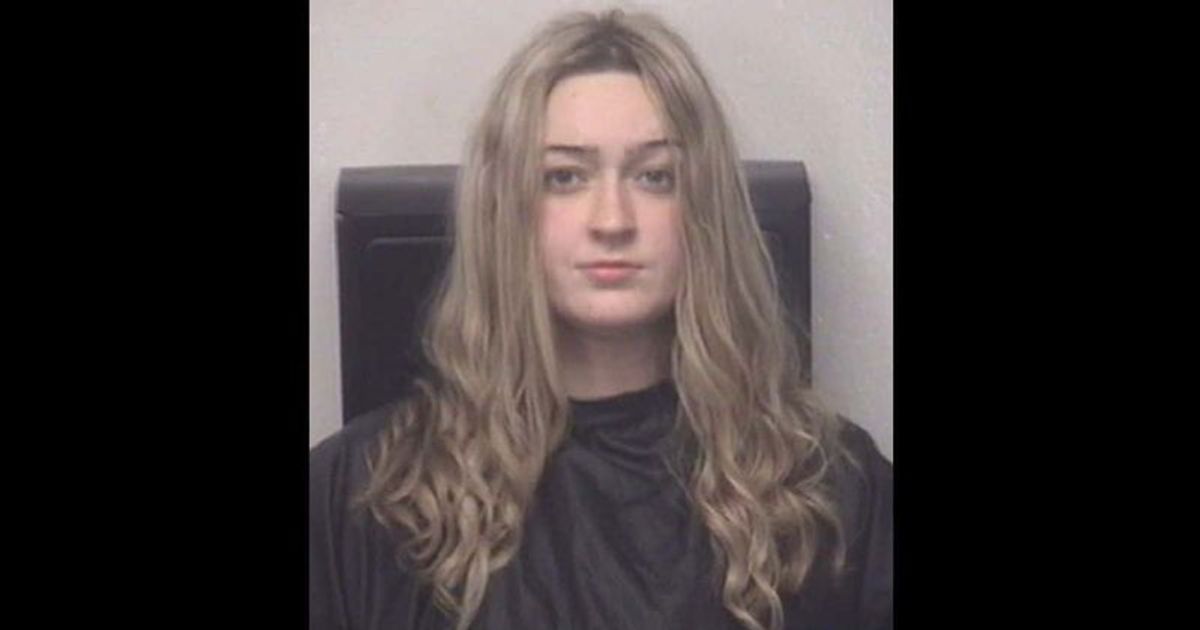 Durden, who worked as a substitute teacher at Crest Middle School, was released the day after she was arrested after she placed $ 50,000 on bail

SHELBY, NORTH CAROLINA: A substitute teacher at a North Carolina middle school was arrested for allegedly sending sexually explicit photos and videos to her male students, ages 13-14. Emily Durden, 19, of Shelby, was arrested and booked into Cleveland County Jail on two occasions for indecent liberty with a student and second degree sexual exploitation of a minor, and three for the display of material harmful to a minor .

Durden worked as a substitute teacher at Crest Middle School. She was released the day after she was arrested after she placed $ 50,000 on bail. She now has to stay away from school and not contact the victims. The Cleveland County Sheriff’s Office said the investigation into Durden began just hours before she was arrested. A Crest Middle School school resources officer received a call from a parent complaining that Durden may have sent their son explicit videos and pictures. Durden later admitted the crime while being interviewed by the sheriff’s detectives.

Durden was hired as a part-time substitute teacher on November 8th. She was only at the school for four days before starting sending inappropriate videos and photos to minors. Officials told WSOC-TV that the teacher had sent X-rated materials to her students over her phone. One of the students finally informed his parents of the pictures, who then immediately contacted the school’s resource officer.

The investigation found that at least one other student received such content from the teacher. The officials have not yet ruled out the possibility of more victims. Preston Messick of Cleveland County told WBTV that he attended Crest Middle School and Crest High School and recognized Durden. “It’s really crazy to hear this, especially since I left elementary school,” said Messick. “Parents out there shouldn’t have to worry about their children getting explicit pictures sent from a teacher to other students.”

Cleveland County’s Sheriff’s Office deputy assistant chief Derwin Briscoe said that Durden is the youngest person in education to be charged with such a crime in his 29 years in the agency. “When this was brought to my attention, I questioned it, but I think this is because of our school system, not just our school system, but also because employers need to find people who are willing to work. It is one of the reasons for her age, her work in the school system and her youth, ”said Briscoe. Briscoe now urges parents to take care of their children and check who they interact with on smartphones and on social media. “Parents should always know what their children are up to, always check their social media accounts for people they might be in contact with,” said Briscoe.