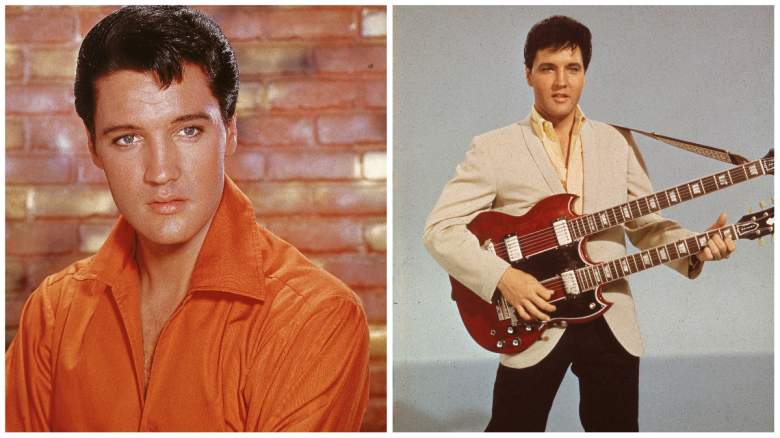 Music legend Elvis Presley died on August 16, 1977 at the age of 42 in Memphis, Tennessee.

According to History.com, Presley’s cause of death was a heart attack, “probably caused by his addiction to prescription barbiturates.”

His cause of death is back in the news after his only child, Lisa Marie Presley, died on January 12, 2023 following a cardiac arrest. She, too, has struggled with drug addiction as well as grief over the loss of a child over the years, according to RadarOnline.

Here’s what you need to know about Elvis Presley’s cause of death:

According to PBS, Elvis Presley was discovered “unconscious,” “face down, in the bathroom of the second-floor master suite of his mansion in Memphis, Graceland” by his girlfriend Ginger Alden.

According to PBS, Elvis Presley was rushed in by the ambulance at Baptist Memorial Hospital, where “doctors tried unsuccessfully to revive him and Presley was pronounced dead at 3:30 p.m.”

This is similar to his daughter, who was discovered unresponsive at her home, rushed to a hospital and then pronounced dead, according to TMZ.

According to USA Today, a toxicology report showed that “extremely high levels of the opiates dilaudid, percodan, demerol and codeine, and quaaludes were found” in Elvis Presley’s blood.

According to the Elvis History Blog, Gladys Presley, Elvis Presley’s mother, died at age 46 “of a heart attack,” the cause of death given in an Associated Press report of the time.

“Vernon Presley said he was woken up at 3 a.m. by his wife, Gladys, who was ‘gasping for breath.’ He called her doctor but she was dead when he got there,” the blog reported, citing the AP story.

When Elvis Presley arrived at the hospital, the AP reported that he “fell on his knees by his mother’s bed and cried.”

According to the Daily Mail, Elvis Presley’s three maternal uncles also died young of heart or lung problems in their 40s, attributing the publication to the fact that his maternal grandparents were first cousins.

According to TMZ, Elvis’ daughter Lisa Marie Presley was found by her housekeeper in a bedroom of their California home suffering from cardiac arrest.

Her ex-husband Danny Keough, who lived with her, attempted CPR and she was taken to the hospital, TMZ reported, but she died there on Jan. 12, 2023.

The downfall of Elvis Presley is well known. According to History.com, Elvis Presley was “in a state of declining physical and mental health” in the years leading up to his death.

After divorcing Priscilla Presley in 1973, he “developed a dangerous addiction to prescription drugs. He was also addicted to junk food and gained considerable weight,” History.com reported.

:During the last two years of his life he had irregular stage performances and lived almost like a recluse.”

He is buried at Graceland.