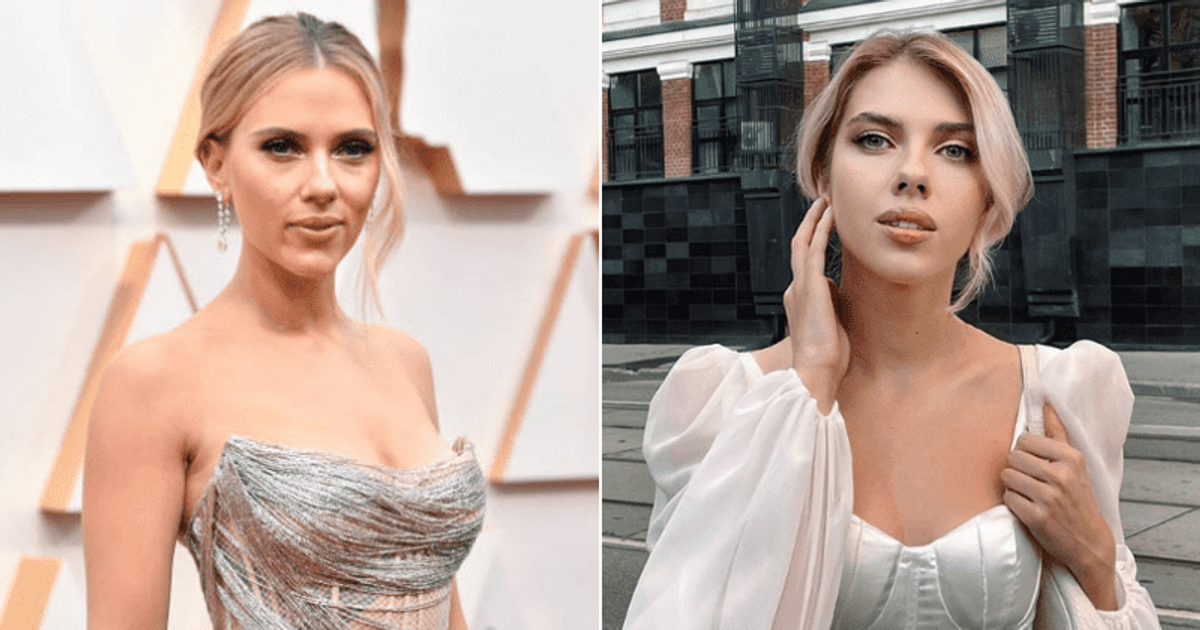 Although she wasn’t mistaken for ScarJo at the premiere of ‘Black Widow’, the Russian model makes waves for her uncanny resemblance to the actor

Earning just $ 700 a month as a sales manager, Ekaterina Shumskaya kept herself and her family happy. Then she decided to make a change – she started cosplaying Scarlett Johansson. The 24 year old TikToker made a name for herself not only in Russia but all over the world because she looks exactly like the ‘Black Widow’ star ‘. ”

Celebrity doppelgangers have been making a splash lately with the help of social networks like TikTok. In June 2021, a woman trucker named Amelia went viral because she looked just like Amy Schumer. In early February, 17-year-old Hannah Everhart turned attention to “American Idol” after Katy Perry referred to her as a “country twin”. In the same month, TikTok star Sofia garnered over 1 million views after users noticed an uncanny resemblance between her and Cardi B.

But being a famous doppelganger is not all fun and games. As Shumskaya noted, there is also one major downside. But right now she seems to be enjoying the money her looks are making after moving to Moscow and making enough to support herself and her parents in Russia’s capital.

The 24-year-old is now a viral TikTok sensation with around 10.2 million followers on the platform. But before that she was just a perfectly normal girl. “Some school friends came up to me when I was around 12 years old and showed me a photo and I thought, ‘Is that me?’ They said, ‘No, it’s Scarlett Johansson when she was a kid’ and I was really amazed. ” That sent her a modeling career, but she didn’t stick with it for long.

When she was 17, she started modeling, but deleted her page after two weeks because of the “constant comments and messages”. Then she took a job with a construction company and rose to become sales manager. At the age of 22 she managed to buy her own car and apartment. But one day she had a revelation. “Roughly speaking, I woke up one morning and thought: ‘My youth is passing me by and no one will notice me soon'”.

So she quit her job and had a stable income of $ 700 to try modeling again, albeit this time through TikTok. With the popular hashtag “Who do I look?” Shumskaya became famous almost overnight for looking exactly like ScarJo. “There were millions of followers, mostly men, from America, Colombia, Brazil, Chile, all of them commenting and asking if I had spoken to Scarlett or if she knew I existed.”

Fame brought advertising deals that led to a move to Moscow. While she wouldn’t reveal how much she earned, it certainly is a huge leap from her construction company gig. But it all came at a price.

In Shumskaya’s case, being a famous doppelganger comes at a high price. “I want to live my own life, not Scarlett’s,” she said, noting that people have often mistaken her for the actor. Occasionally, like the success of ‘Black Widow’, it worked out well, but sometimes it was less uncomfortable. “When Scarlett Johannsson was accused of whitewashing an Asian character in Ghost in the Shell, some of the criticism was directed against me as her doppelganger.” Shumskaya reportedly received death threats for cosplaying ScarJo’s character from the film Motoko Kusanagi.

Ironically, however, not everyone is fooled by Shumskaya’s looks. During the Russian premiere of ‘Black Widow’, she tried to get attention by pretending to be the star, but it didn’t quite go according to plan. “I dressed up and went downtown with a photographer, but no one came to see me. People just looked at me like I was a nut! I was so embarrassed that I burst into tears and went to a cafe to change clothes. “

But in many ways Shumskaya has accepted that ScarJo’s fame is in some ways hers. She is now planning to leave Russia to pursue her cosplay career. She also dreams: “I would like to make a series of videos one day in which I will travel to America to meet Scarlett Johansson in person.”