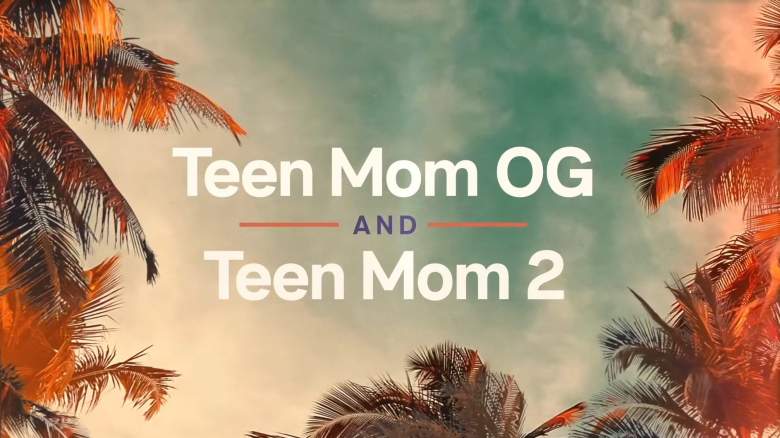 In March 2022, it was announced that a new MTV show titled Teen Mom Legacy was in the works. An inside source told The Ashley’s Reality Roundup that the new show would combine Teen Mom 2 and Teen Mom OG in a “last-ditch effort” to save the franchise.

Teen Mom’s ratings have been declining in recent years, and according to The Ashley, the production has been scrambling to find a fix. The Season 11 premiere of Teen Mom 2 drew just 459,000 viewers, the third-lowest rating in its history, The Ashley reported.

Many details about the new combination show are still under wraps, but here’s what we know.

Two original cast members, Kailyn Lowry and Mackenzie McKee, will not be returning.

“Kail was asked but she turned the new show down,” a source told The Ashley.

“Mackenzie wasn’t asked,” the source revealed. “She was basically ghosted by MTV and [her producers] and was never actually told she wasn’t invited to be on the show. They just didn’t answer her and let her down.”

Speaking exclusively to The Ashley about the new cast, an inside source explained: “Eight girls are filming for the show; Whether or not all of the girls’ segments make it into the episodes depends on how exciting their footage is.”

“Everyone agrees that the original shows have become dated and forced and the girls are desperate to develop storylines,” the source shared. “With this format, only the girls with real events in their lives that are film-worthy will make the final cut.”

“The producers hope this keeps it exciting for the fans and also for the girls who are filming,” added the source.

According to The Ashley, pre-production began in March and filming has recently begun.

A source told The Ashley that some “Teen Mom” ​​stars were unhappy at the prospect of a pay cut.

“The cast is only paid for the episodes they are in,” the source said. “If their voice or picture doesn’t appear in the episode, they don’t get paid. Since each episode features only select girls, this will be a real hack in their paycheck, especially for the girls who don’t really show much while filming.”

Kailyn Lowry revealed the reason she is stepping down from Teen Mom 2 on the Friday, April 22 episode of her podcast, Barely Famous.

The mother-of-four has been open about her retirement as a “teen mom,” telling guest Perez Hilton that she has no interest in filming future seasons.

“You know the ratings are really going down for us,” she told Perez, “I feel like there’s a time when it takes its course and I think that goes for any reality show.”

Lowry, 30, has been part of the Teen Mom family for over a decade. She made her MTV debut on the hit series 16 and Pregnant in 2010 and later starred on Teen Mom 2 for 11 seasons.

Lowry told Perez that money played a role in her decision to step down.

She revealed that the money she makes from her three podcasts combined is more than her MTV salary.