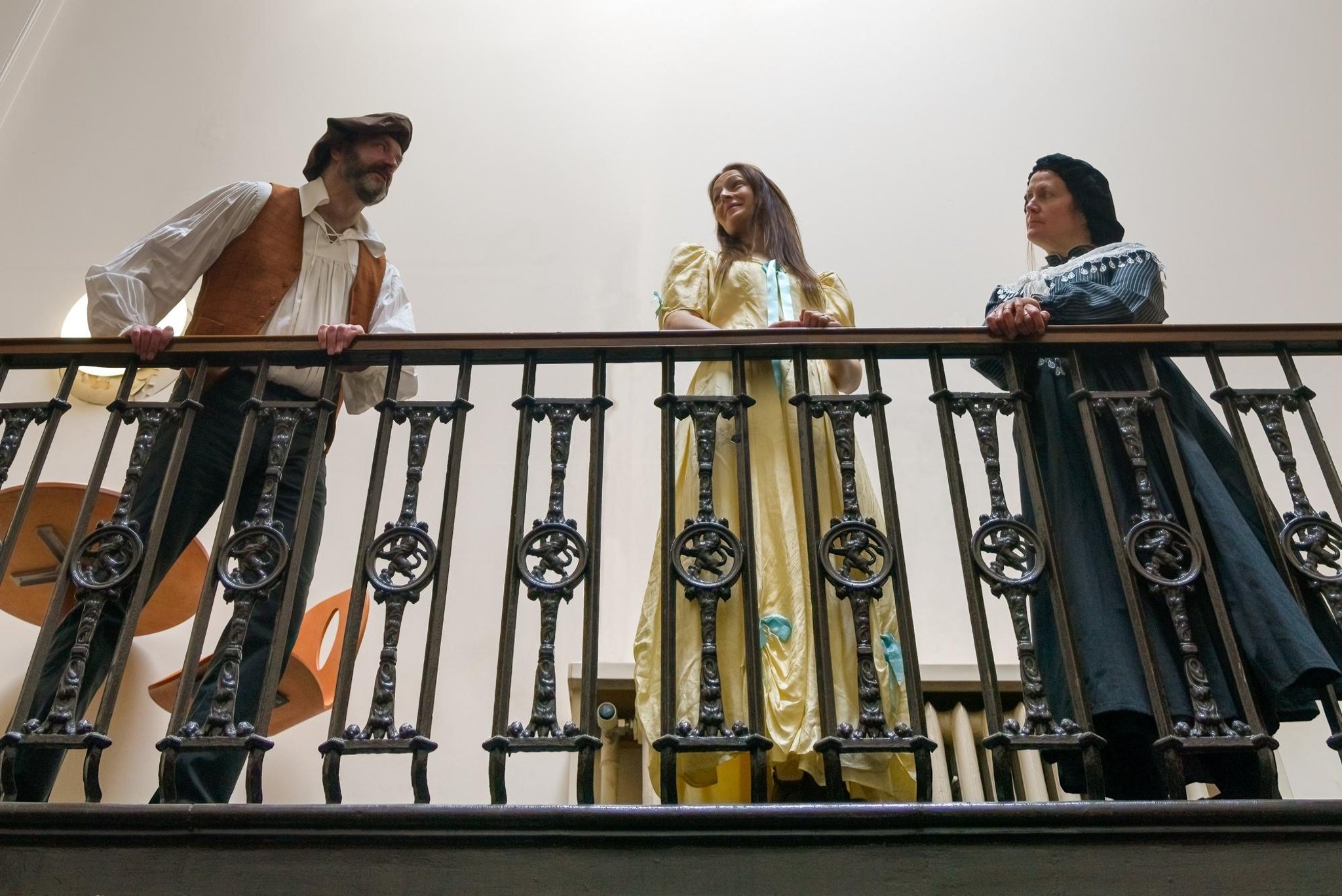 Edinburgh’s annexation of Leith 102 years ago created ‘something like apartheid’ between neighboring burghs and stripped the port of its rightful place as Scotland’s capital, claims author William Haddow.

Next month, the secret history of Leith will be brought to life by local theater company Citadel Arts Group when Leither’s Live is performed in a site-specific production taking place in and around the port’s historic Customs House, completed in 1812 and designed by architect Robert Reid in the Greek Revival style

Leithers Live offers a rare behind-the-scenes look at the Georgian building, which is currently awaiting refurbishment, and is only given for four performances over two days, June 17th and 18th at 2pm and 7pm.

The play begins in 1398, when the burghers of Edinburgh effectively took over the port of Leith’s trading profits – sparking centuries of resentment between Leith and Edinburgh – eventually robbing the port of its rightful wealth.

Mr Haddow says: “If you look at the geography, Leith really should be the capital of Scotland. But Edinburgh realized it needed access to the sea, so they bought the shore. It created something like apartheid between Leith and Edinburgh. It’s quite a story.

“The story of Leith is amazing – if you look at what it’s about. There isn’t a city in all of Britain with the length and depth of an incredible history that this one has.”

Leithers Live covers all of port life, with characters ranging from bankers, smugglers, fishwives and pickpockets – to the modern day invasion of hipsters and gourmet cafes.

Mark Kydd, who plays mischievous time-travelling narrator Tam, explains, “It’s a different way of doing a boardwalk performance, and it’s going to be fun to perform so close to the places where some of these events really happened .

“I think a lot of people will want to take a look inside the building. That’s one of the great things about Citadel Arts Group – they’re good at taking those stories and bringing them to the heart of the community.