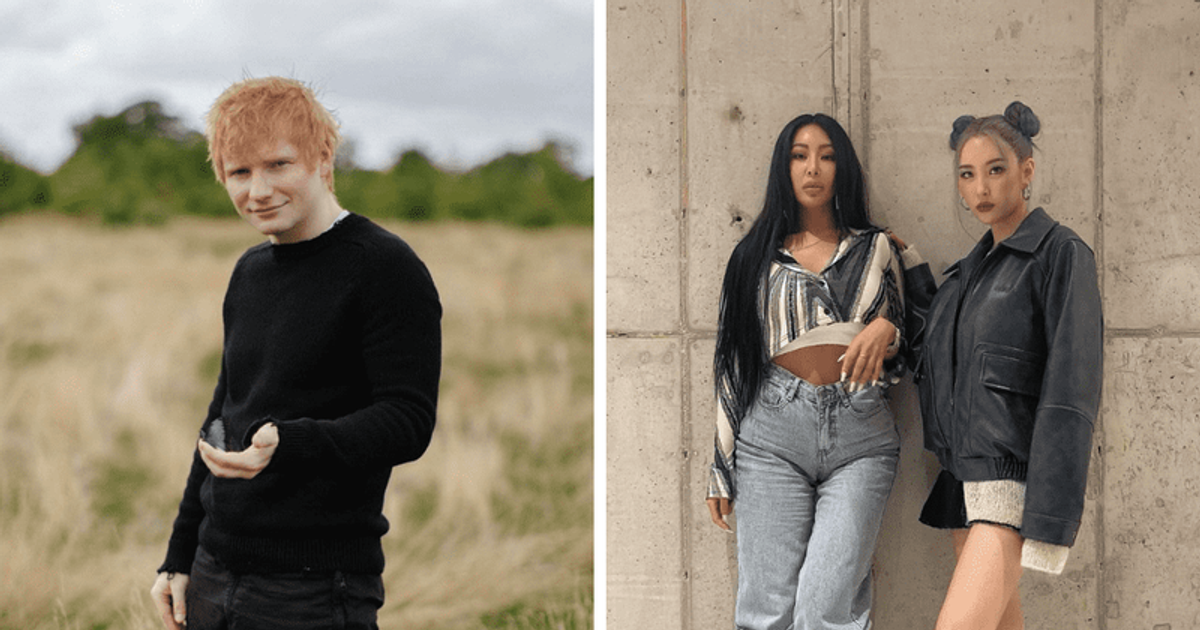 Many fans wondered if Jessi and Sunmi only released a cover of Ed’s song, but Warner Music Korea released a statement

With the year-end awards ceremonies and music shows, fans expect all kinds of interactions and collaborations between their favorite idols, but no one could have guessed this trio. Sunmi went viral immediately after posting an upcoming poster that read “Ed Sheeran ‘Shivers’ by Jessi and SUNMI”. Fans initially thought the two female idols were going to release a cover of Ed Sheeran’s latest song, but it’s not.

For those of you who don’t know, Ed Sheeran is quite into K-pop and has actually worked in the industry, with his most recent credit being writing BTS ‘Permission to Dance’. He had also interacted with super project group MSG Wannabe, which left fans wondering if he would work with them. And last week it was announced that Ed Sheeran had been invited to perform at the Mnet Asian Music Awards aka MAMA 2021, the biggest K-pop awards show. Once again some were wondering if he would do a collaboration with Jessi and Sunmi at MAMA.

CONTINUE READING
‘My Universe’: BTS to acquire AMAs in 2021 as 2nd stage announced with Coldplay

Jay Park ‘Break Your Heart’: Release Date, How To Hear It, All About Wiz Khalifa Collab

That might be possible as we had previous collaborations like Dua Lipa and Mamamoos Hwasa on the MAMA stage to perform their remix. But as for Sunmi’s post, Warner Music Korea cleared all confusion. The label released a statement saying the new ‘Shivers’ version is a collaboration between Ed Sheeran, Jessi and Sunmi. They added, “We have prepared hard to show you [this collaboration], so we ask for your interest and your love. “

One user joked, “Sunmi jessi and ed sheeran is the kind of combination you get when the teachers create the teams for the group projects themselves.” Another wondered, “This is Ed Sheeran ‘Shivers’ FROM Jessi and SUNMI , not Ed Sheeran ‘Shivers’ WITH Jessi and SUNMI. It’s most likely a cover of the two, unless there’s a collaboration stage at an awards show, then it’s a collaboration, but one way or another you want to see negativity in Faves mentions. “

Fans also made reaction memes while another was surprised that they hadn’t guessed the collaboration beforehand. “The dots were literally there to connect Sunmi to Ed Sheeran’s Live, sing chills, post pictures with Jessi and Ed Sheeran who like mom.” One user said, “Their moods are so different.” Similarly, someone said, “You have Sunmi and Jessi who look like the C * ntress they are, and then there’s ed.” Another joked, “P Nation and Abyss are waking Sunmi and Jessi to appear in Ed Sheeran’s song.” This fan wondered if Ed Sheeran was a K-pop idol: “Imagine buying a Sunmi Album and draw an Ed Sheeran photo card. “

A fan tweeted: “I could imagine sunmi and ed, but JESSI ??? how did that happen. “Another had something else to say,” I can’t believe the universe sacrificed a double doja-cat collaboration to work together with Jessi and Sunmi and Ed Sheeran. “One user had some strong words:” No, I’m going to hug this Ed Sheeran Sunmi collaboration with Jessi because Ed Sheeran and Jessi have to be THE greatest feverish dream that will ever exist on the same track, it will be MORE funny. “Another fan wrote,” Jessi will be an Ed Sing a Sheeran song, omg life is so unpredictable. ”One tried to guess the new version,“ Jessi comes out after Ed ”.