‘DWTS’ Season 31: Vinny Guadagnino Saved By Fan Votes Asking Viewers ‘Who The Heck Voted For Him’ 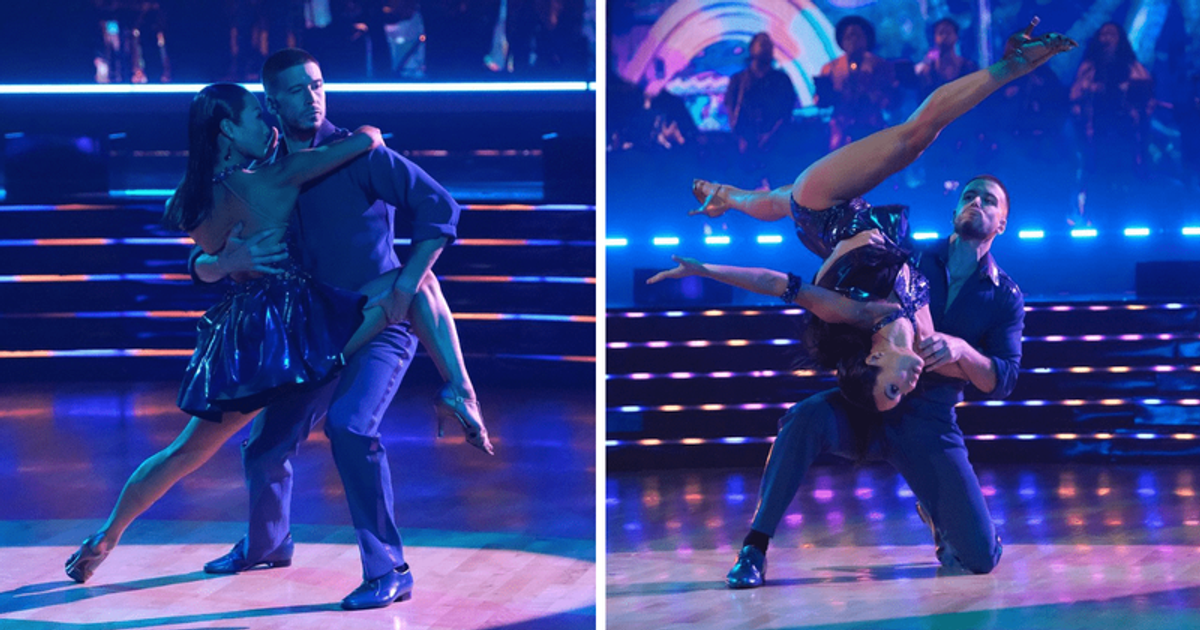 LOS ANGELES, CALIFORNIA: Vinny Guadagnino represented Jersey Shore at the premiere of ‘Dancing With The Stars’ on Monday night. Additionally, his fan base outside of Jersey Shore ensured he survived the first elimination and survived one more appearance.

Vinny Guadagnino is a well-known lifestyle personality and digital influencer. He rose to prominence in 2009 with MTV’s Jersey Shore, which became the network’s highest-rated show during its six seasons and became a cultural phenomenon. With his mass appeal, the Jersey boy should have a great night at the premiere. After falling to the bottom of the table, his fans rallied to ensure his survival, although not all viewers were happy with the decision.

On the other hand, he could use some help from his buddy Koko. The pair danced to Bad Bunny’s “Tit Me Preguntó.” A set reading Jersey Shore Boardwalk lit the scene in the background. That was a fantastic first dance… for Koko. According to Len, Vinny lacked club spirit, he was rough and his legs were too bent. His comments were met with boos from the audience. Derek agrees that there wasn’t much rotation or rhythm and that the timing was wrong since he skipped ahead of the song. Bruno considered it an achievement for finishing the dance, even though the timing was awry. Carrie Ann thinks he’s present, but he lets her do all the work. He received a 4 from Carrie Ann, Len, and Bruno, and a 5 from Derek, for a total of 17 out of 40. Vinny, on the other hand, the worst scorer of the night, managed to top his reception with his Grocery Store Joe Vibes.

His fans came to his defense, questioning the lowest score: “Okay, Vinny wasn’t that bad, I don’t think he deserved the lowest score! Don’t worry @VINNYGUADAGNINO I voted for you! #DWTS.” Some fans felt the judges were too hard on Vinny: “I feel like they were a little hard on Vinny, I thought it was funny #DWTS.” Fans who saved Vinny are now hoping that he’ll turn things around next week: “Vinny doesn’t disappoint the next episode because I used it. 10 votes for you honey! I cheer you on! #dwts @VINNYGUADAGNINO.” Another fan slammed the judges for their decision, tweeting, “AND VINNY IS SAVED!!!!! In your face judge! @VINNYGUADAGNINO #DWTS.”

On the flip side, some viewers didn’t seem too happy that Vinny stayed: “Who the hell voted for Vinny???? I know you will lie!! #DWTS.” A fan agreed with one of the judges, tweeting, “Len’s kinda right, I expected a little more from Vinny after seeing him at the club on every episode of Jersey Shore since 2009 #dwts #dwts31.” Some Fans also felt sorry for his partner, writing, “KOKO IWASAKI DESERVES JUSTICE MEN AIN’T SHIT #DancingWiththeStars #Jordinsparks #DisneyPlusDay #Disneyworld #DWTS31.” One fan found Vinny’s performance “chaotic”: “Lord Vinny was f**king mess #DWTS.”