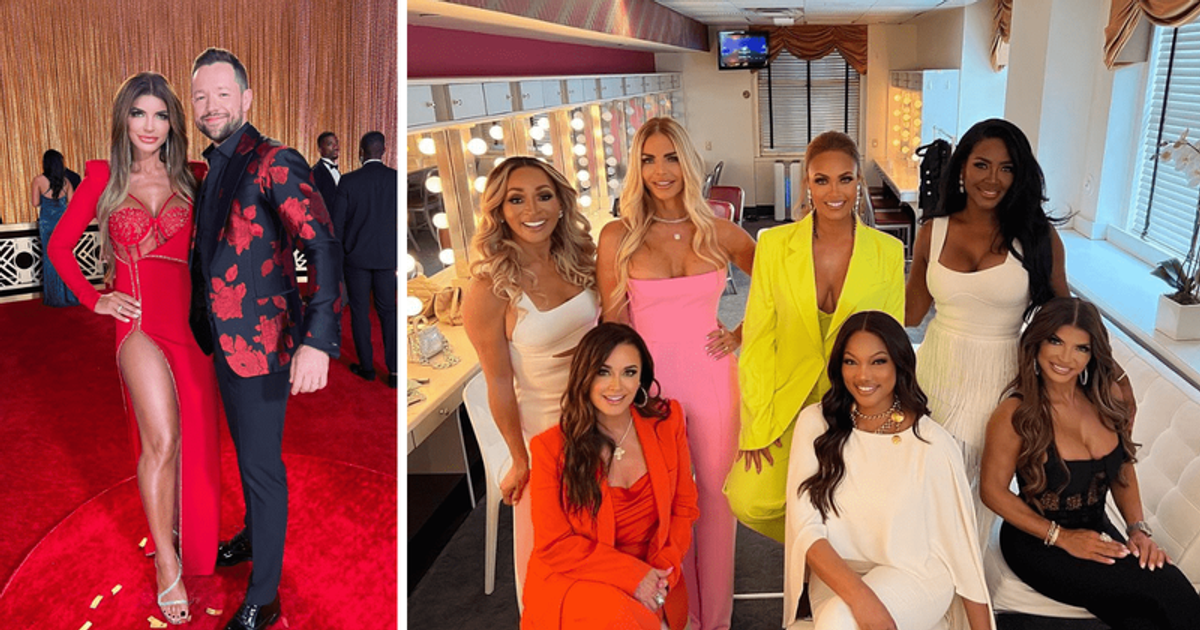 Teresa Giudice said she received a call to be cast on “DWTS” season 31 while she was on her honeymoon, although it wasn’t the first time they became close

LOS ANGELES, CALIFORNIA: Season 31 of ‘Dancing With The Stars’ premiered on Disney+ on Monday, September 19, with plenty of glamor and spectacular performances from the stars. For the first time in its 17-year history, the show switched bases from ABC to Disney+ and will continue to release all seasons on the streaming platform. Bravo’s “RHONJ” contestant Teresa Giudice was one of the contenders on the show, along with many other famous celebrities.

The show premiered with a fabulous opening sequence at Disney Land and the show had celebrities on the dance floor at their best with glorious performances by many stars including Charlie D’Amelio and Selma Blair. But there were also a few performances that left fans and judges unimpressed. Like the appearance of ‘Real Housewives Of New Jersey’ star Teresa Giudice. Teresa made her debut on the long-running series on Monday, but her performance didn’t go exactly as planned.

Teresa on Dancing With The Stars Season 31

She tangoed to Rihanna’s “We Found Love” with her professional partner Pasha Pashkov. After harsh criticism from the judges, she received a total of 20 points and found herself among the last two, but was saved by the judges’ votes for the second week. Fans even pointed out that her performance was awkward and woody, especially with the wrong pass committed by the star on the dance floor. But Teresa was a good sport with the clumsiness and focused on her amazing year. The star recently remarried and is “working on herself,” as she told fans on the first episode of her new podcast, Namaste B$tches, which was released on Wednesday.

But there’s more to the story of how Teresa ended up in Season 31 of “DWTS.” In fact, there could have been a chance the reality star would have surfaced long before her debut. The star opened up about what happened when she got the call to star in the show’s latest season. During the episode, Teresa told Melissa Pfeister how she landed the gig.

The ‘RHONJ’ star revealed that ‘DWTS’ executives asked her to be on the show while she was in Greece on her honeymoon with husband Luis Ruelas. After an August wedding in New Jersey, the couple flew to Europe for a lavish honeymoon. During the episode, Teresa told Melissa Pfeister how she landed the gig. Teresa revealed it wasn’t the first time she’d been approached for “DWTS.” She said, “No, I’ve been asked before. I was asked when I came home from prison. That was the first time. And I couldn’t because I had to be on Bravo first.” Teresa was sentenced to 15 months in prison for cheating with her ex-husband Joe Guidice. Melissa echoed her response, saying, “Oh, Bravo said, ‘If you go back in front of the camera, it’ll be with us.'” Teresa added, “They wanted me to be in front of the camera with them first. So I asked Bravo, and Bravo said, ‘No!’ and I was like, ‘Oh my God.’”

But it was a long time ago, and according to Teresa, the timing is much better now than it was then. She continued, “Yes, it was. Oh yes, it was over five, six years ago. Yes, it was asked a long time ago… I was in prison. I was excited because I was asked when I was there and they said, “We want you when you come home,” and I just said, “Oh my god.” Her excitement was cut short when she herself soon worried about leaving her family again and spending time away from her children. And especially after Bravo clearly said no.