“DWTS” Season 31: Selma Blair called her “an inspiration” for multiple sclerosis survivors after the performance 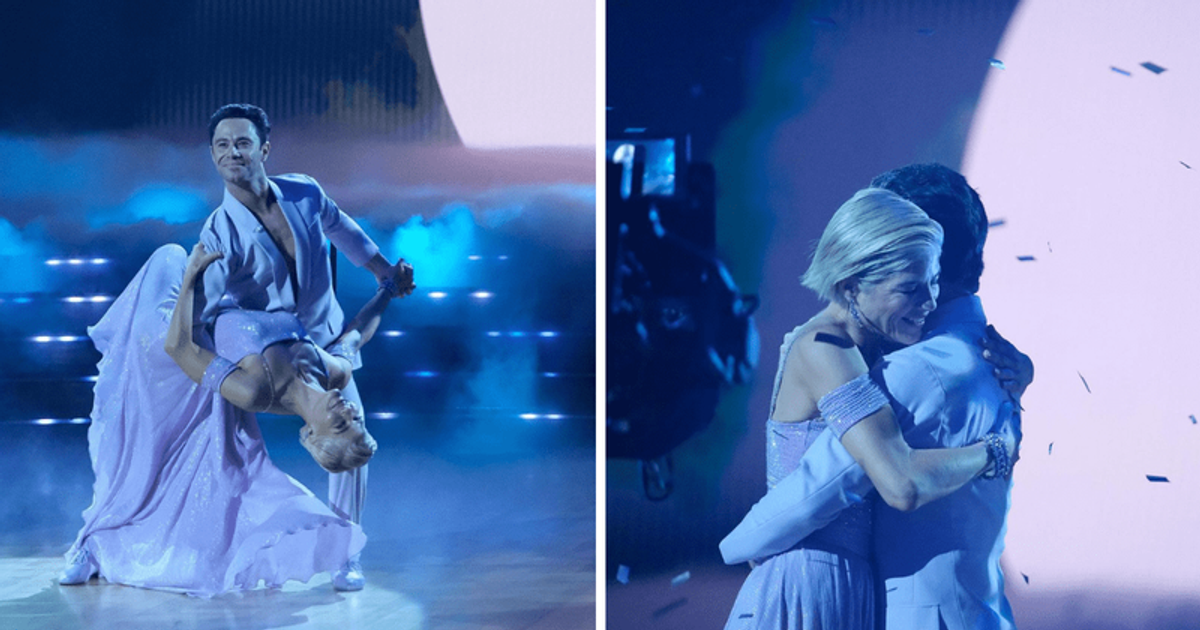 “I almost cried when I saw Selma Blair dance! It was so inspiring…especially for others who have MS or some other invisible illness! It really touched my heart!!!!’ said a fan

LOS ANGELES, CALIFORNIA: Fans were moved by the season premiere of “Dancing With The Stars” on Monday. When Selma Blair, who was diagnosed with multiple sclerosis in 2018, danced, not a dry eye stayed in the house and among those who watched her on her screen.

Actress Selma Blair performed a stunning ballroom dance on stage with partner Sasha Farber. The duo danced Viennese waltzes to David Cook’s “Time of My Life”. She was worried about her balance due to her multiple sclerosis and everyone cheered her on. But she understands that this show will benefit her in the long run as she needs to move her body. Selma exceeded all expectations. For someone with her physical limitations, she possessed tremendous elegance and grace.

After Selma’s moving performance, many viewers were seen crying. Selma danced despite suffering from multiple sclerosis. She, too, began sobbing after her routine, overcome with emotion. Selma expresses her gratitude to Alfonso and covers her face as she sobs. Bruno thought she was doing magic. Carrie Ann fought back tears and thought she was dancing like a great artist. She “dances beautifully,” in Lens’ words, with “beautiful, lyrical movements.” She is Derek’s ideal example of someone who refuses to let their illness define them. It seemed too short.

Not only everyone present in the studio but also everyone who witnessed the performance had tears in their eyes. One fan wrote of how “inspiring” her performance was given her condition: “I almost cried watching Selma Blair dance! It was so inspirational…especially for others who have MS or some other invisible illness! It really touched my heart!!!! God bless! #DWTS.” Another fan thanked her for representing the MS community: “Selma Blair, that was beautiful. Thank you for your courage and strength to represent the MS community. #DWTS.” Fans rejoiced also about pro dancer Sasha letting Selma take the lead: “Sasha really allowed Selma to take the lead #DWTS.” Fans are now hoping for their favorite contestant to push further into the competition: “I love Selma Blair.

Some fans are also calling out the judges for not rating Selma highly enough compared to TikTok star Charli D’Amelio: “I call shenanigans! They gave Charli all 8’s over Shangela, Selma & Wayne?!?!? No shadow to the young girl, but… No. #DWTS31 #DWTS #Shangela.” Following her emotional performance, fans now want to see more of her work: “Ok I’ve always loved Selma Blair but now I love her even more. Get this woman back in the spotlight and in something NOW on my TV #DWTS #DWTS31. Hoping next time she doesn’t drop her cane, one MS community fan tweeted, “I thought Selma Blair danced beautifully tonight! My cane is pretty stupid and I wouldn’t throw it away #[email protected] @officialdwts #dwts.” However, some viewers also don’t want Selma receiving sympathy votes for her condition, as they write, “I understand Selma has MS and I definitely recommend that she come.” She did her first dance well. But I don’t want people giving her sympathy votes. Ahh Ahh. If she doesn’t do well, send that ass home! #DWTS.”