DWTS Season 31 Premiere Spoilers & Live Recap: Who Was Eliminated and Made It? 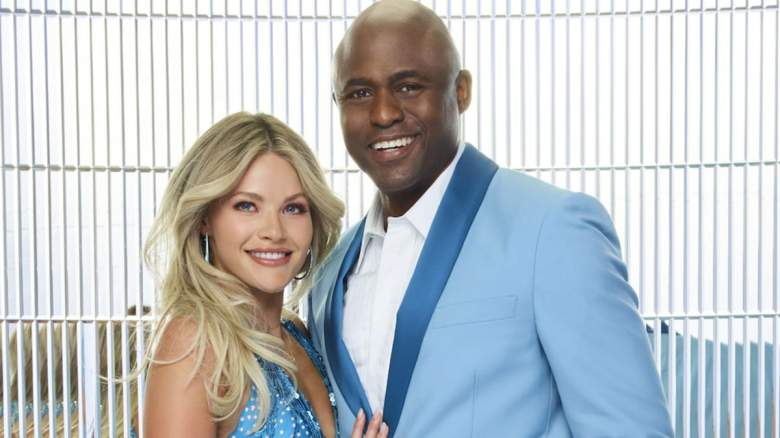 Dancing With the Stars is back for its 31st season, though it’s moved from ABC to the Disney Plus streaming service.

The dance styles and song list are below. Follow our live recap and elimination spoilers below, though be warned Spoilers for the premiere night elimination, as Disney Plus announced an elimination a week ago.

STOP READING IF YOU DON’T WANT TO BE PAMPERED

Jordin and Brandon dance a cha cha to Whitney Houston’s “I Wanna Dance With Somebody (Who Loves Me)”. They wear super cute tie-dye outfits and Jordin is actually a very good dancer. It’s not that we thought she wouldn’t be, but she’s known for singing, not dancing, and it’s a pleasant surprise to see just how good she is. At the beginning of the dance, she almost hits a flat splits. the song is easy too slow for a cha cha it feels but it’s a great first effort. The judges liked it, with Len Goodman praising how clean it was, no gimmicks. Jordin and Brandon earn two 6s and two 7s for a 26 out of 40.

Sam and Cheryl do a foxtrot to Elton John & Britney Spears’ Hold Me Closer. When they start dancing, Sam is awkward and seems nervous. He doesn’t feel like someone who’s going to be around very long, but he’s doing a good job and having fun, so maybe his built-in Good Morning America fanbase will keep him. The judges give him four 5s for a 20 out of 40.

Heidi and Artem dance a Cha Cha to “Lady Marmalade” by Patti LaBelle, although it’s more the version of Pink, Xtina, Mya and Missy. Anyway, the dance is… OK. She feels very stiff and jittery, not much flash there. The judges applaud the praise, but for us it fell very flat. It also doesn’t seem like this show’s demo knows who the D’Amelio family is, so it wouldn’t surprise us if Heidi goes home first (or at least very early). Heidi and Artem earn four 6s for a 24 out of 40.

Daniel and Britt tango to Duck Sauce’s “Barbra Streisand.” They look absolutely amazing in bright green ensembles and Daniel is actually a very fun dancer. He is so light on his feet and never misses a step. Incredibly well done. The judges loved it, Len said he was so excited to see Daniel’s development and Derek Hough added that Daniel has a great awareness of his body but he wants to see Daniel get even deeper and push the legs. Bruno Tonioli calls him a “magnetic performer”. You give Daniel and Britt three 7s and a 6 from Len for a 27 out of 40.

Jessie and Alan do a cha-cha to Lynyrd Skynyrd’s “Sweet Home Alabama,” which is a bit slow for a cha-cha, but maybe they’ll get people going before they pick super-uptempo songs. They do a good job, Jessie is a better dancer than we expected, but the cha cha is maybe a bit rural. Len praises the level of performance but tells Jessie that she needs to work on her leg and hip movement. Bruno is basically saying that they lost the “cha cha” of everything by going country, which felt like it to us. You earn four 5s for a 20 out of 40.

In a press release, Disney Plus announced that the pros’ opening number will be “a dazzling opening number to ‘I’m Coming Out / About Damn Time (Purple Disco Machine Remix)’ by Diana Ross & Lizzo.”

The dance styles and songs are as follows (in alphabetical order, not in order of performance):