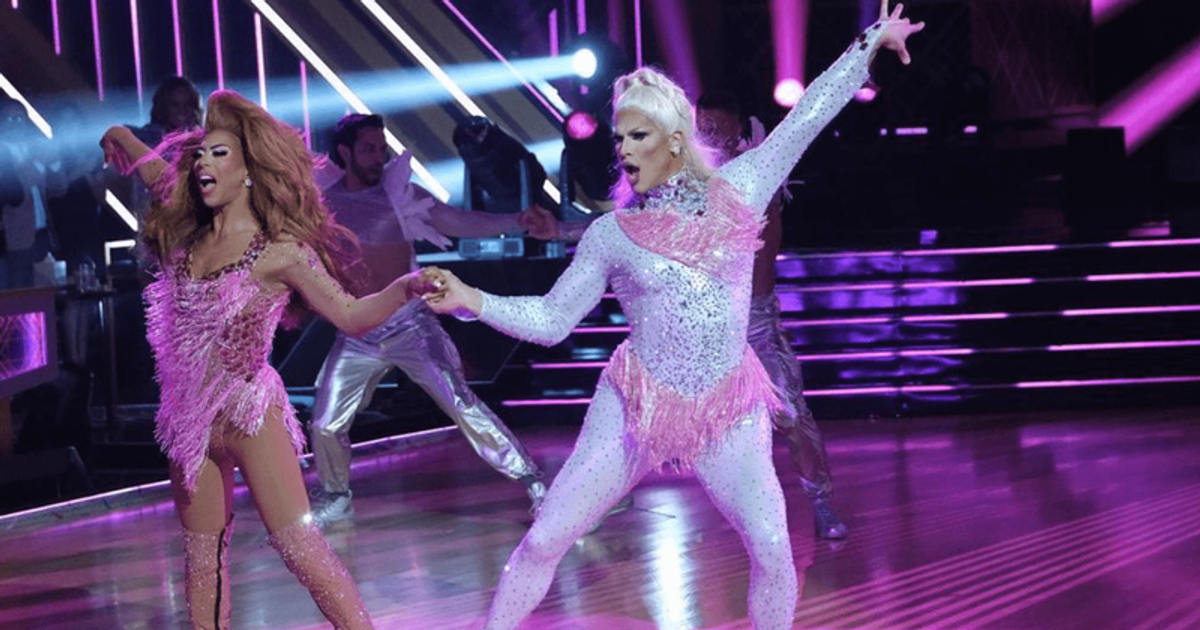 “It was just disgusting and disturbing. Glad he at least goes 4th,” one fan tweeted after seeing Shangela toss chicken at Len

LOS ANGELES, CALIFORNIA: Shangela and Gleb Savchenko shocked everyone with their performance in the freestyle round of ‘Dancing with the Stars’ season 31 in the final episode. Opening her performance, the star came out of the box and said: “I started at the bottom but now I’ve arrived. I’m Shangela.” The silver curtain fell to reveal Shangela in a shimmering pink dress that she moved.

Well, the shocking part of the jive was when Gleb, dressed as a drag queen, was introduced as “Nastasha.” The couple stunned both the live audience and the judges with their quirky moves. Halfway through the performance, Shangela approached Len Goodman with one hand in her bra and brought out the chicken leg. Shangela said, “Mr. Len, did you say you wanted crispy legs?” Shangela then threw the chicken leg onto Lens’s desk and headed to the stage to jive. All of the backstage dancers in Shangela and Gleb’s performance were dressed as drag queens, paying tribute to all those out there in the world. However, it seems that Shangela’s performance and Gleb’s disguise as Natasha disappointed fans. They called the couple’s performance “disgusting” and “disgusting.”

One fan tweeted, “Disgusting and gross… Drag queen trash shouldn’t be on family shows…” Another claimed Shangela and Gleb’s performance was off-putting. “I don’t know if I was just focusing on @itsSHANGELA, but I have a feeling she barely danced with @Gleb_Savchenko aka Natasha during the freestyle. And isn’t that a big no, no?” the fan wrote. After seeing Gleb throwing chickens dressed as Natasha and Shangela, one fan tweeted, “B**ch I’m speechless @itsSHANGELA and @Gleb_Savchenko f* *king DID THIS!” Another fan joked, “@itsSHANGELA came out with chicken and was spot on for the finale.”

Furthermore, some fans even took to the official ‘DWTS’ Facebook page to criticize the couple and their performance. “It was just disgusting and upsetting. Glad to see him at least go and in 4th place. Jeez thanks,” one fan wrote. Another commented, “I like Shangela…but that wasn’t her best performance…it was all flair and no substance.” Also one fan claimed, “I was here for the drag show but I didn’t think there was enough dance content. Love Natasha anyway!” One fan slammed, “Absolutely the dumbest ‘so called dance’ on dwts! THAT WAS NOT DANCING!!!!” “That was a new low for dwts. What a disappointment this show has become,” one fan wrote.

Although there were some fans who criticized Shangela and Gleb’s performance, there were more fans who cheered the couple. One fan clapped back at all the slammings and said: “If this makes you uncomfortable. YOU are the problem…”

With the conclusion of season 31 of Dancing with the Stars, fans are now awaiting season 32. The upcoming season of the show has been renewed, but let’s continue to wait for the show to officially announce the release of the future season.