‘DWTS’ Season 31: Fans slam host Tyra Banks for throwing the production crew under the bus for their gaffes 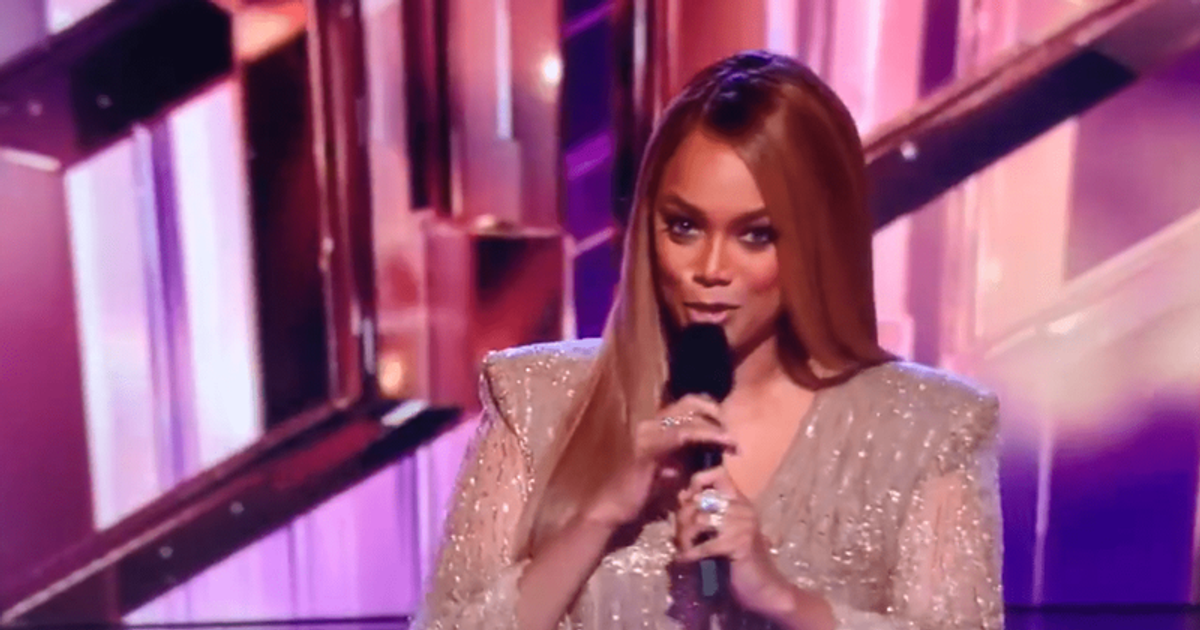 LOS ANGELES, CALIFORNIA: When Erin Andrews and Tom Bergeron were fired from “Dancing With the Stars” in July 2020, many fans were furious. They’re still upset with new host Tyra Banks, especially after she made two big mistakes on live TV and TWO big bloopers at the live TV premiere and tried to shift the blame onto others.

‘DWTS’ viewers slammed Tyra Banks for two major gaffes during the live season premiere. The host even berated the show’s producers, blaming them for a live TV spot. Tyra made a huge on-air blunder at the season 31 premiere of “Dancing with the Stars” when she read out the leaderboard after the top eight couples danced. “Daniel is at the top for now [Durant] and Brit [Stewart]’ she noted, despite the on-screen ranking showing Wayne Brady and Whitney Carson at the top.

But she immediately backs down, “Oh, that was wrong. Wrong information, ok.” Tyra put her finger on her earpiece and remarked, “Ok, you say wayne is on top. Wayne’s up there with… Whitney, right?” she added hesitantly.

It was time to revisit the scores later in the show. “After a dozen dances, here’s a look at tonight’s leaderboard, and the team got it right this time,” she sneered, a veiled jab at the show’s producers. “Sorry Wayne, you didn’t get it right the first time.”

However, many viewers were disappointed to see the presenter shift the blame for her mistake onto the production staff. Taking to Twitter, one user wrote: “Tyra calling the producers because they ‘screwed up’ the leaderboard? “Tyra is already screwing it up and trying to blame the people in her ear — classic,” said another. “I’m so over Tyra. She’s messed up so much already,” read another tweet. Calling her a horrible game show host, one fan tweeted, “Tyra Banks is such a horrible game show host she always announces the wrong info #DWTS.”

Unfortunately, these weren’t our show host’s only glitches. Fans also called out for naming Koko Iwasaki the face of diversity for the show. A viewer wrote: “Tyra Banks looked an Asian woman in the eye tonight and said: ‘It’s great to have you here. REPRESENTATION IS IMPORTANT.” LIKE HOLY FUCK TYRA JESUS ​​CHRIST, YOU ARE A HORRIBLE HOST BUT I DID NOT THINK YOU WERE SO HORRIBLE. #DWTS #gettyragone.” Calling the situation random and embarrassing, another fan wrote, “Tyra Banks is so embarrassing. She thanked Koko for what you represent. Representation matters. Wtf it was as random and embarrassing as she was said it. #dwts.” Another fan tweeted, “Did Tyra Banks just say on live TV that Koko is a diversity employee…can Carlton just take on #DWTS?” to join forces and ask for her replacement: “@officialdwts #dwts Can we talk about @tyrabank’s comments on Koko about ‘representation’. Can Tyra just walk away???”