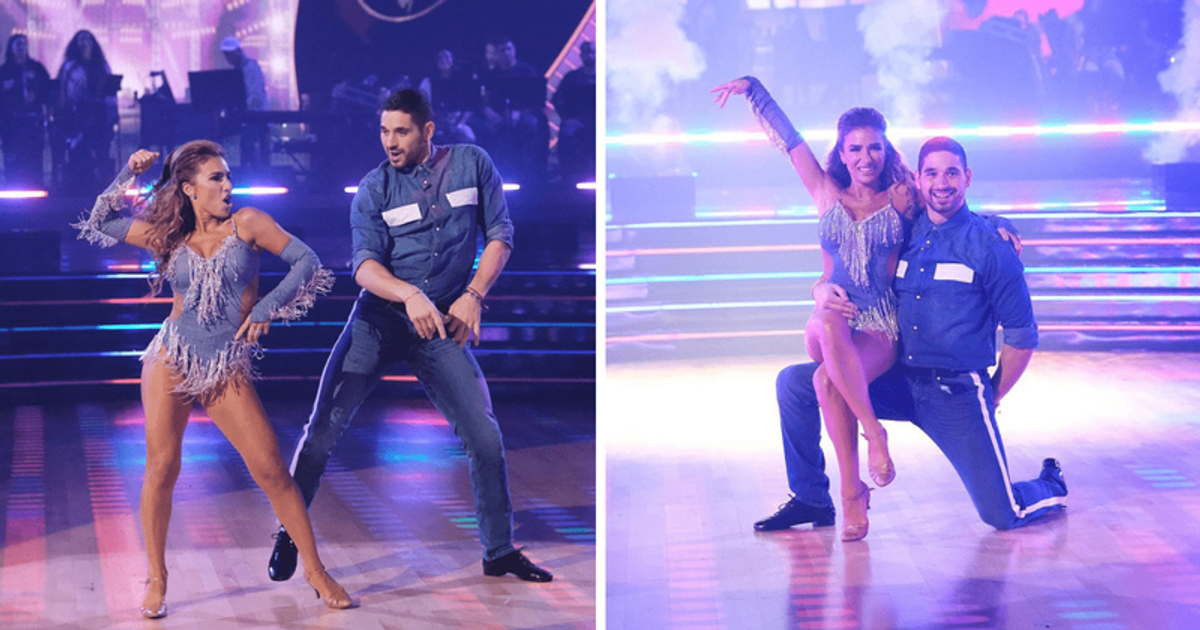 LOS ANGELES, CALIFORNIA: Jessie James Decker, a country music artist and wife of former NFL great Eric Decker, performed September 19 with partner Alan Bersten on the “Dancing With The Stars” stage. Although fans thought her performance was fantastic, some said she was too distracted.

The last time the 34-year-old country singer appeared on television was in 2013 when she and husband Eric Decker appeared on their own reality show, Eric & Jessie: Game On. She’s now teaming up with a different but equally appealing lead man, Alan Bersten, who knows a thing or two about winning. He and ‘The Bachelorette’ alum Hannah Brown were previously declared Season 28 Champions in 2019. Many fans flocked to social media after her first appearance on the show to applaud her as she danced, even chiding the judges for underscoring her while others thought there was something missing in her dance.

Decker and partner Alan Bersten received a standing ovation after dancing to a rendition of “Sweet Home Alabama,” a song that reminds them of home. Derek informs the pair that the movements could have been “more compact”, adding that their legs should have been straighter in cha cha. Len believed it required powerful leg and hip movement. Bruno describes it as “more classy than the Kentucky Derby,” but she wanted to keep the essence of the dance. Carrie Ann tells her she needs to end the movement. Jessie receives a 5 from all judges including Carrie Ann, Len, Derek and Bruno for a total of 20 out of 40.

Despite being a dance reality show, some fans couldn’t stop Jessie’s political affiliation from influencing her viewers’ votes: “Won’t ever vote for Jessie James Decker. She is a maga hat wearing Trumper who refused to support BLM. Bye. #dwts. One fan slammed the judges for picking favorites, writing, “Jessie deserves better. The judges suck! They pick favorites every season! #dwts.” Another fan called her performance “frantic” and “too rushed ‘ and tweeted, “Jessie’s cha cha felt too rushed and hectic for me, it felt more like a line dance than a cha cha #DWTS.” Questioning Jessie’s song choices, one viewer tweeted, “I get the song choices from Sweet Home Alabama because she’s a country singer but I’m not sure how I feel about a cha cha. I’m giving Jessie’s first dance a 5 #DWTS.”

On the flip side, some fans also questioned Jessie’s total score of 5: “Ooh. I would have given Jessie 6. Was far from perfect but not quite 5 level score. #dwts #DWTS31 #DancingWiththeStars. Another fan supporting the singer tweeted, “Damn why are we so hard on Jessie?! #dwts.” Wishing she stayed more focused for her next gig, one fan wrote, “Jessie definitely has Potential. She just needs to stay focused. #DWTS.” One fan called Jessie too nervous, writing, “She was too nervous/fluent but she has LOOOTTT potential. She and Alan could go absolutely far. She understands body placement and has there amazing personality outside! #dwts #DWTS31 #DancingWiththeStars .”