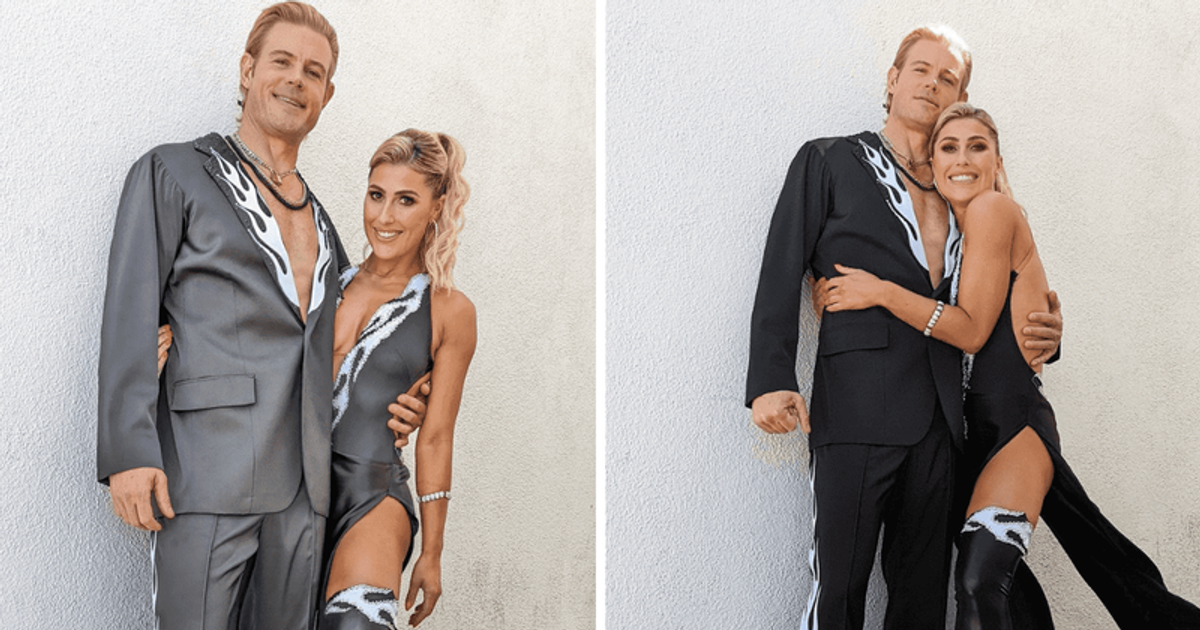 “To get out of their comfort zone and try something new! Love it,” one fan said of Trevor’s performance

LOS ANGELES, CALIFORNIA: Trevor Donovan took his first lap around the dance floor on season 31 of ‘Dancing with the Stars.’ Fans are over the moon to see him conquer his biggest fear on premiere night.

Trevor Donovan brings romance to the ballroom! The Hallmark actor is a Prominent Contestant on Season 31 of “DWTS.” Trevor is paired with professional Emma Slater. Already known for his voice and guitar playing, Trevor is now venturing into the realm of dancing he fears most.

The man who claimed to have “irrational phobias” was in the good hands of Emma. It was unusual for fans to see a contestant actually afraid of dancing. And they gave him a quick step to start with? However, he wasn’t as terrible as everyone expected. The performance was a little harsh, but it was better than people thought after seeing the clip pack. The pair walked in dressed in black with white flames running up and down their suits as they quickly walked through the “DWTS” band to the performance of Billy Idol’s “Dancing With Myself.” As Trevor got over his fear, the lively performance was seen all over the stage. Viewers could first see how anxious Trevor was to get through this. However, when he continued, he seemed more relaxed.

Bruno thought it was quite a content ride, similar to white water rafting. He just needs polishing because he has the ability. Carrie Ann assumed it was full of content, but there was a surprise! Len described it as messy, crazy and out of control. He believes the two should “calm down” and add more sophistication to their “frantic and chaotic” dance. He needs to take a deep breath and relax. “I thought it was going to be a disaster and it wasn’t,” remarked Derek Hough.

Trevor may not have been leading the pack tonight, but he certainly won hearts by overcoming his fear. Fans quickly took to social media to applaud his efforts. One fan tweeted: “TALK ABOUT OVERCOMING FEARS! TREVOR AND EMMA THAT WAS CRAZY!!! #DWTS.” Another tweet read, “For being scared of shit I thought @TrevDon did a great job on his first dance. He did not faint, vomit, or fall. Well done Trevor! #DWTS.” Another ‘DWTS’ viewer praised his pro dance partner for leading the way this week: “I thought Emma did a great job with Trevor, especially with this week’s Quickstep. #DWTS.” Pointing out that the show is made for people to get out of their comfort zone, one fan wrote, “This show is MADE for people for Trevor. To get out of their comfort zone and try something new! I love it. #DWTS.”

Another fan praised Trevor for his quickstep and Emma for her choreography, tweeting, “Trevor did an amazing quickstep!! Emma’s choreography was outstanding. #DWTS.” Some fans even felt that Trevor got a higher score than him: “I think Trevor deserved better scores… His song choices were everything too… #DancingWiththeStars #dwts.” One fan wrote that Trevor could do better , if he could work on refining his moves: “Trevor did better than I expected, I expected worse he needs more refinement #DWTS.” One fan mocked the producers for letting Trevor do Quickstep, and tweeted, “Trevor: I can’t dance Producers: Here’s a quickstep lol #dwts.”

You can tune in to Disney+ for the September 19 premiere episode of season 31 of Dancing with the Stars.