‘DWTS’ Season 31: Fans feel Artem has a busy schedule as they sense ’embarrassment’ in Heidi’s performance 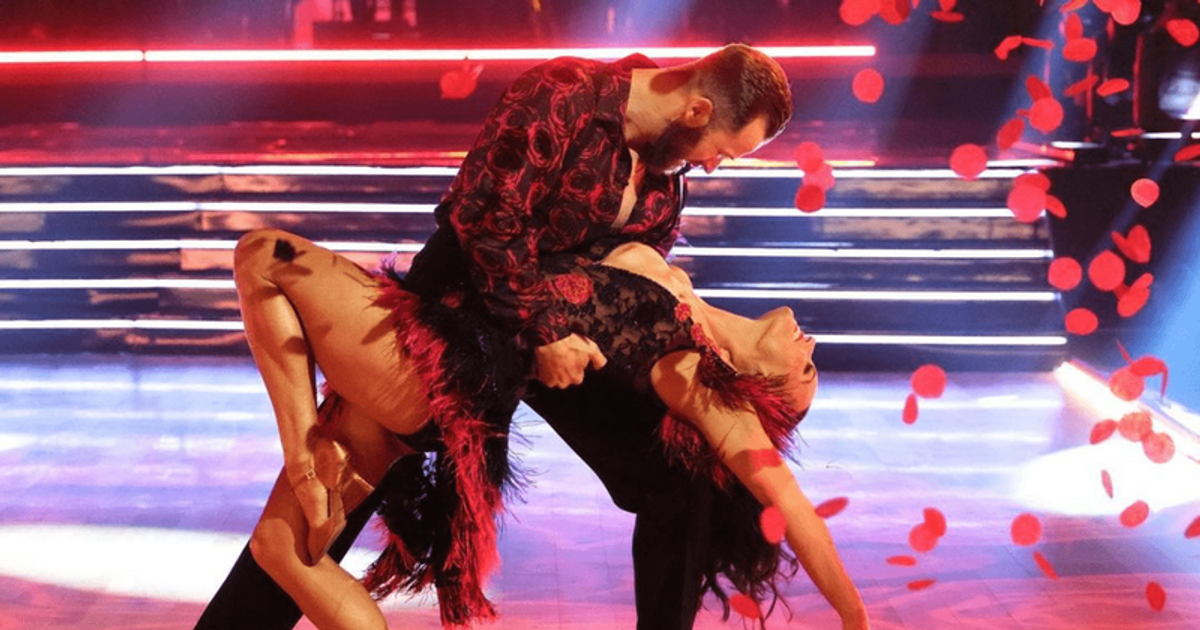 Although fans believe Heidi has a lot of potential, they couldn’t help but criticize her first performance of the season

LOS ANGELES, CALIFORNIA: Heidi D’Amelio may be best known as the mother of two of the most famous names on social media today, Charli and Dixie, but on premiere night of ‘Dancing With The Stars,’ she was a star in her own right. Despite her stellar performance with her pro partner Artem Chigvintsev, viewers noticed a certain unease that they hope will lessen with each act.

Dancing with the Stars season 31 is a generational battle! For the first time in the franchise run, a mother and daughter go head-to-head for the coveted Mirrorball Trophy and title of champion, with social media superstar Charli D’Amelio and her mother Heidi making their way onto the dance floor. Charli will work with Mark Ballas. The rivalry between the stars of Hulu’s The D’Amelio Show is already simmering, and viewers on social media seem to have taken sides after their first appearance.

Lady Marmalade is the cha-cha tune of choice for the famous mom. Heidi said she’s been a fan of “Dancing with the Stars” since Charli was a baby. The D’Amelio family has grown in popularity with fans over the years and is now a household brand with its own Hulu show.

Heidi D’Amelio and Artem Chigvintsev wore black and purple dresses embroidered with roses as they danced to Lady Marmalade. “Keep it up and everything will be rosy,” advises judge Bruno. The judges were basically telling her to have fun. She gets a 6 from all the judges, including Carrie Ann, Len, Derek and Bruno, bringing her total to 24 out of 40.

Though Mama D’Amelio opened with a decent score, fans at home could feel her awkwardness throughout her performance. Praising her pro partner Artem for taking the lead, one viewer wrote: “Heidi looked really nervous but Artem offered her tremendous support. #DWTS.” One fan found the beginning of her dance very awkward: “The beginning of Heidi’s dance was so awkward. Ruined the whole thing for me. #DWTS.” Heidi’s discomfort also led some fans to believe she had a wardrobe malfunction: “Why do I feel like Heidi was constantly on the verge of a wardrobe malfunction? #DWTS.” Another fan simply called her performance “stiff”: “Heidi gave stiff #DWTS.”

Hoping Heidi will regain some confidence over the weeks, one viewer wrote: “Okay Heidi looks stunning! Hope she gets more confidence in the dance as the weeks go on but solid performance. One fan, who called Heidi’s first appearance of the season “lukewarm,” tweeted, “I got a lot of shit for not picking Heidi for my draft but that was very lukewarm. I think she has potential but I didn’t see it, she owns the dance like I wanted. #DWTS.” One fan was kind enough to offer some pointers for the TikTok mom: “Heidi was good but I think she needs to sharpen her moves a bit. I have a feeling she’s going to get better at the ballroom dances .She has a lot of potential. #dwts.” Writing on how much Artem has to work to make this pairing work, another fan wrote: “Heidi is pretty good! You can really see her insecurities at times, but she has SO much potential.”