‘DWTS’ Season 31: Fans Disappointed With Jason Lewis’ Elimination Say ‘He Wasn’t Even The Worst, Vinny Should Have Gone’ 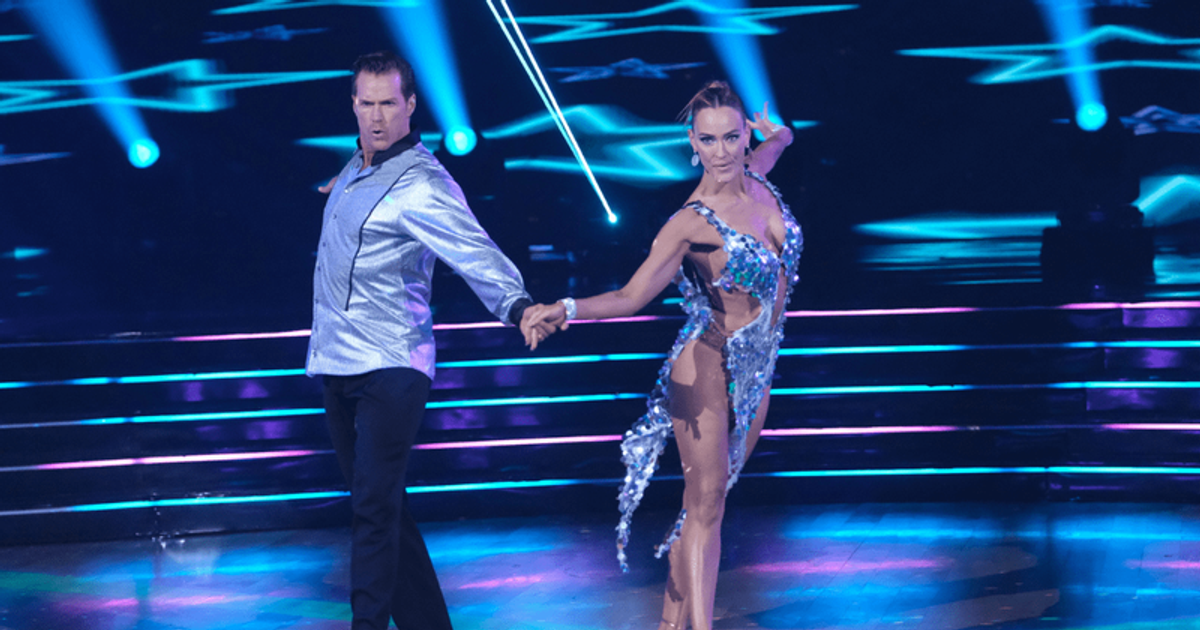 Dancing with the Stars season 31 has its first elimination. And Jason Lewis, along with his professional dancer Peta Murgatroyd, left the show on premiere night. Jason and Peta’s journey ends here. Well, fans aren’t too happy with the elimination. They think that instead of Jason, Vinny Guadagnino should be the one who should be eliminated from the show.

The Disney+ dance competition show is already trending due to its fabulous premiere episode. The show premiered on September 19. The premiere episode had a series of fan reactions based on each couple’s performances. Some of the couples excelled on the dance floor while some didn’t fare so well. However, fans definitely agree that Jason wasn’t the worst of them all.

Fans say Vinny should have gone in place of Jason

According to fans, Jason is clearly not worthy of being removed from the show. As soon as the first elimination took place, fan reactions flooded social media. One wrote, disappointed: “So Jason Lewis went home. He didn’t even get a chance to improve. #DWTS #DWTS31.” Another fan joked about the elimination, saying, “This man needs to get ready for a wedding, they had no right to eliminate this duo and take her away from me. I know for a fact that he would have eaten Michael Jackson by the week.” Another Jason fan claimed that instead of Jason, Vinny should have been eliminated from the show, saying, “Eviscerated because he wasn’t even the worst. He had the potential to grow, Vinny should have gone.” Fans believe Jason had the potential to perform better and advance. Unfortunately, he wasn’t given the chance.

Fans believe that even though Jason was eliminated very early on, his performance will always stay with them. One commented on Twitter: “He may have been eliminated tonight but THE NOSTALGIA RN MAKE ME REAL I LOVE IT.” The fan went on to claim that she would have loved seeing a trio performance by James Maslow, Jason and Peta and wrote: “Love ya @jamesmaslow @JasonLewis @PetaMurgatroyd I would have loved this for a trio week this season.” Another fan expressed concern for Jason, asking: “How’s Jason Lewis from the hottest man on # SATC gotta look like someone’s dad who spent the night with his bowling league #DWTS?” Additionally, a fanatic supporting Jason claimed, “Jason Lewis tried. #DWTS #DWTS31.”

Season 31 of Dancing with the Stars will have more eliminations ahead of it. Stay tuned to Disney+ for the latest updates.