DWTS Pro reveals why Season 31 will feel different for him 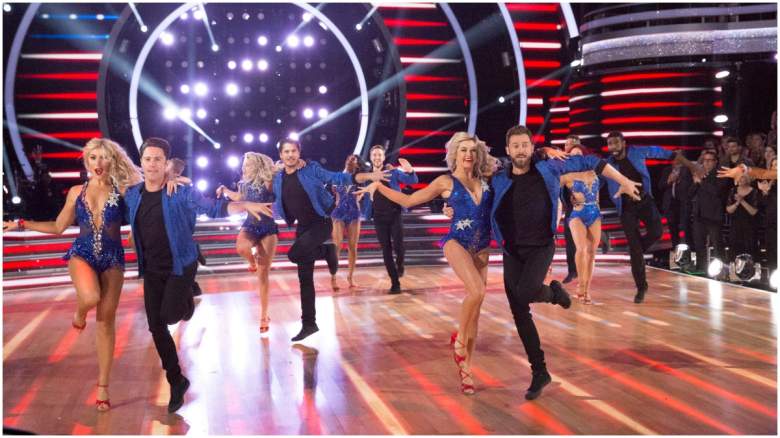 Artem Chigvintsev says marriage changed him. The Dancing With the Stars pro dancer – who is teaming up with Tik Tok mom Heidi D’Amelio for season 31 – revealed his wedding ring is a reminder that his life has changed – for the better.

On Aug. 26, 2022, Chigvintsev married his longtime love Nikki Bella in Paris, France, according to E! News. The DWTS pro met the “Total Bellas” star when they worked together at the ABC ballroom competition in 2017, but they didn’t start dating until 2019. They got engaged during a trip to France via People and welcomed their son, Matteo, in July 2020.

As both Chigvintsev and his wife know, DWTS requires a tremendous amount of time, with daily rehearsals and live shows consuming family time.

Chigvintsev, 40, won the DWTS mirror ball trophy while working with Kaitlyn Bristowe in Season 29. He will have a new attitude for the new season on Disney+, he revealed.

“Well, do you know what that thing is? It’s kind of because we’ve been together for quite some time and I feel like, hey, getting married isn’t going to change much just because our days are still the same,” Chigvintsev told reporters at the press conference in September 2022, per People. “But it actually does [change things].”

“It’s funny when you wear that ring, it just gives you more responsibility. When you make that decision, you definitely think through it a lot more than I used to,” he added. “But it feels good to be married. It’s taken a long time and…I’m excited, you know, to wear this on my hand.”

When Chigvintsev partnered with eventual winner Bristowe in 2020, it was his first season as a father. The busy rehearsal schedules made it difficult for Chigvintsev to spend time at home with his fiancé and newborn son. At the time, a source told Hollywood Life that the couple clashed with the times because they knew there was an important reason.

“It’s not that big of a deal to ‘dance’ for them. No feelings will be hurt. Artem and Nikki know he’s doing the show for all the right reasons,” the source said.

“He’s going to miss Matteo and Nikki like crazy, but he’s going back [to DTWS] is a big moment for him,” another source said. “He’s thrilled to have the chance to be back there with his ‘Dancing’ family, teaching and doing what he loves. He feels so blessed to have such a supportive partner [in Nikki]. He can focus on this season, he would love to take the trophy home for his son.”

According to Us Weekly, the family of three spent more than a month apart in the past while Bella was a judge on TV’s America’s Got Talent.

“We were away for six or seven weeks [apart]’ Bella said on her The Bellas Podcast in November 2021. “I have ‘AGT: Extreme’… [and] Artem and I both talked about [Matteo] goes everywhere with mom. … And you know, it was tough [Artem] and it was also hard for me not to have my husband in my bed.”