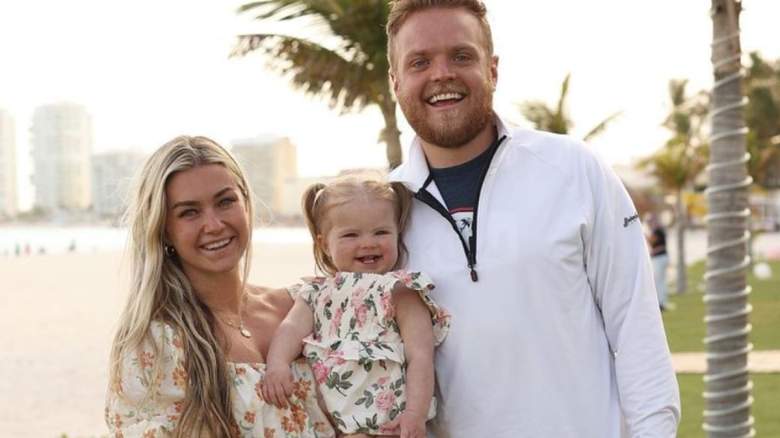 Dancing With the Stars professional dancer Lindsay Arnold says she’s “embarrassed” to admit where her daughter Sage got her name from – but she still told her fans in a recent question-and-answer session Instagram. Read on to find out where “Sage” came from and other fun things Lindsay revealed about being a first-time mom and what kind of personality Sage has been developing so far.

In her Q&A, a fan asked Lindsay, “What was the inspiration for Sage’s name?” and Lindsay admitted it’s a bit awkward — it’s a fishing rod.

“Hahahaha, ok. This is actually a funny story and I was embarrassed to admit it at first, but here’s how it happened. [My husband Sam Cusick] was fishing one day and the brand of his fly rod is ‘Sage’ and he said to himself ‘I love that name for a girl.’

“He comes home and tells me he has a name idea (didn’t mention the fly rod part) and I fell in love with him! Eventually I found out where the idea came from, but by that point I loved the name so much I didn’t care where it came from!”

She also said that being a mother was better than she could have ever imagined. When a fan asked, “What’s your favorite thing about being a mom that you never thought possible,” Lindsay replied:

My favorite thing is that motherhood just keeps getting better and better! Like you think your heart has reached its love potential and then you just love more and more. It’s endless love that I really didn’t know existed.

Lindsay also revealed that she and her husband definitely want more children. When asked, “How many kids do you want?” Lindsay replied, “Three to four.”

One of Lindsay’s fans asked her what is one quality of Lindsay that she sees in Sage and Lindsay said her independent spirit.

“She’s a VERY busy and VERY independent girl and my mom says I was just like that when I was a kid!” Lindsay wrote. “She is very self-confident and prefers to do almost everything alone.”

Another fan asked: “How did Sage get so adventurous? It’s more than adorable to look at! #nofear,” which Lindsay called awesome but also terrifying as a parent.

“She is definitely very independent and I love that! She’s so excited to explore the world and I think it helps that we really let her do that,” Lindsay said.

But she added: “I think it’s hard not to worry all the time as a parent about whether they’ll get hurt or something will happen to them, but I think it’s important to give them a chance to learn. explore and try new things yourself!”