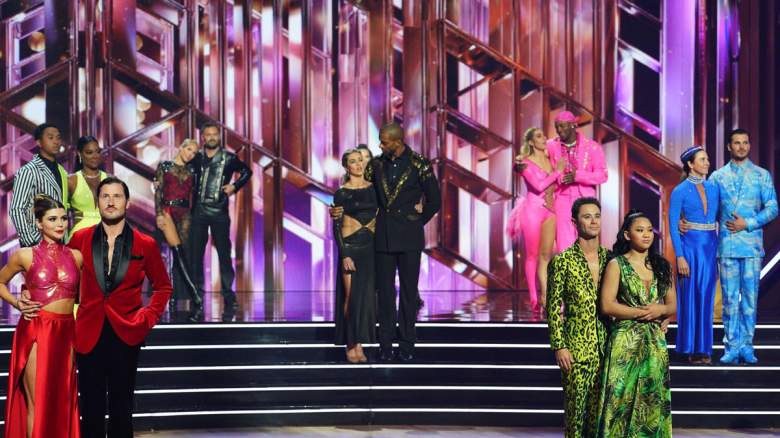 Dancing With the Stars professional dancer Sharna Burgess penned a beautiful message about Thanksgiving and how grateful she is this year after years of ups and downs and even hitting “the bottom”.

Here’s what Burgess wrote, including a message for her Dancing With the Stars family and fans:

In an Instagram post of the “Dancing With the Stars” pros and their families attending the annual Thanksgiving dinner at the home of host and mirrorball champion Alfonso Ribeiro, Burgess wrote that after years of fighting, she was so happy and grateful is where her life is now.

“I love you guys!! Thanks for coming and for bringing this little cutie!” wrote Alfonso’s wife, Angela Ribeiro, in the comments.

Ribeiro has been hosting the Dancing With the Stars pros for Thanksgiving for years. This year the photo featured those in attendance: Burgess and her partner Brian Austin Green, married professionals Daniella Karagach and Pasha Pashkov, Derek Hough and his fiancée Hayley Erbert, Emma Slater, Sasha Farber, Ribeiro and his wife and children, Britt Stewart, Mark Ballas and his wife BC Jean, Gleb Savchenko and Koko Iwasaki, as well as Valerie Bruce, who works for BBC Studios, and Lucy Burgess, Sharna’s mother.

On her Instagram Stories, Burgess also gushed about how “amazing” Thanksgiving was and she was so “immersed in the moment” that she didn’t think about making videos.

“Oh my god, Thanksgiving was amazing. I’ve had the most amazing time, I’m so grateful for everything in life right now,” Burgess said. “Things will settle with the house. We’re busy but we had a great Thanksgiving at Alfonso and Angela’s yesterday with my whole Dancing With the Stars family and it was just so lovely we’re in a text chain about it right now. I am thankful for everything. I forgot to take videos but I was just so caught up in the moment.”

She also apologized to her fans for not being on social media very much, but “the move was so very, very intense.”

“We still have boxes all over the place waiting for some organization systems and whatnot. It’s been a bit messy so bear with me,” Burgess said, adding, “I’m still in the middle of unpacking like all of us, but I kind of love it because it’s about putting our home together and figuring out where things go. It’s mind blowing but in a great way I love this part. We still have to paint and we have so much to do.”

Burgess and her partner Green recently moved with their young son Zane from Malibu to a new home across town in the greater Los Angeles area; She chronicled the move on her Instagram stories. They also revealed on Instagram that they got a new puppy, a 10th birthday present for Noah, one of Green’s three sons from his marriage to actress Megan Fox.

Burgess put Dancing With the Stars season 31 on hold due to the birth of Zane in late June, but hopefully she’ll be back for season 32, which premieres on Disney Plus in 2023.